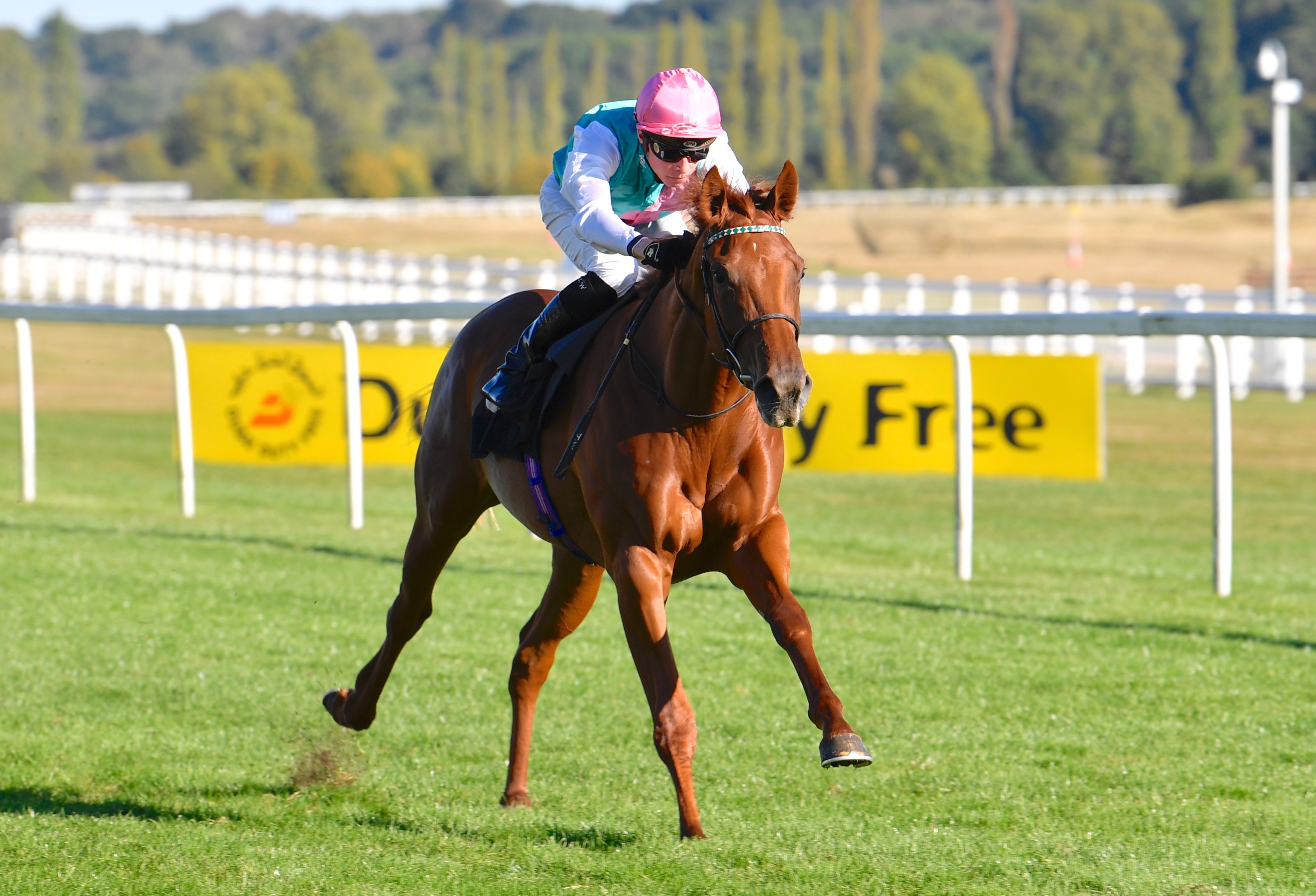 I’ve been looking forward to riding Quadrilateral again ever since her latest win at Newbury last month.

After she won there by nine lengths lots of people have asked me if I was aware how far we were in front.

When we got to the front, I didn’t feel we were doing a lot and never had a look around to see if horses were challenging me and where they were coming from. I was still in a head down drive.

But when I pulled up I couldn’t believe how far clear we had gone. She felt to me she was still learning, still a bit green, still raw. Only being her second run, she still wasn’t giving her absolute most.

We were thinking about going for a Group 3 race from there, so could have run her two grades lower than the bet365 Fillies’ Mile.

But the way she won at Newbury was so impressive and effortless, and the time was good, that we thought why not have a go at a Group 1. This race gave us more time to get her ready and she has taken that last race all in her stride.

She has done nothing wrong so far and improved massively from her first run to her second. If she can improve like that again, then she will be in with a real chance.

There is a proven Group 1 horse in there in Love of Aidan O’Brien’s, Powerful Breeze is a Group 2 winner and Cayenne Pepper is a Group 3 winner who has won in every sort of ground.

Newmarket is a hard track to ride and hard for horses to deal with. You have to have a well balanced horse and one physically and mentally mature enough to cope, especially in ground that is likely to be soft.

But we have always thought very highly of Quadrilateral. She is a big, strong filly who is well balanced and I would like to think she will cope with the track well, but you never know until you try it.

The bigger concern for me would be the ground being a bit softer than we would like, but saying that the day she won first time out at Newbury on officially good to soft ground, it felt more soft than good.

It’s a very strong field but Quadrilateral has a bit of class about her and this seemed the natural place to take her.

By the way she won the last day, I think there is more to come. It is a lot to ask but I think she is capable of doing it.