Vibrato Valtat, O’Faolains Boy and Melodic Rendezvous, who have all scored in Grade One company, feature among the entries for Greatwood Charity Raceday at Newbury this Saturday, March 4.

A seven-race card includes the £50,000 G3 William Hill “High 5” Supporting Greatwood Gold Cup (3.15pm, 14 entries), and Vibrato Valtat (7/1 with William Hill), a G1 winner over fences in 2014, could aim to provide trainer Paul Nicholls a remarkable ninth success in the two and a half-mile handicap chase.

Venetia Williams sent out Shangani to victory in 2014 and the handler also has three contenders this year headed by Tango De Juilley (8/1), who was runner-up in the G3 Brown Advisory & Merriebelle Stable Plate at last year’s Cheltenham Festival on his latest outing.

Voix D’Eau (Harry Fry, 14/1) captured a G2 limited handicap at Cheltenham in April, while Oldgrangewood (Dan Skelton, 9/2 favourite) is seeking a hat-trick of victories following a pair of handicap chase wins at Wetherby.

Sir Peter & Lady Gibbings saw their colours carried to victory by Isio in the first running of the Greatwood Gold Cup in 2004 and the owners could be represented once again by the Tom Symonds-trained Hollywoodien (8/1).

The progressive six-year-old gained a five-length victory in a Wetherby handicap chase over just shy of two and a half miles on December 26 and came home a close third behind G2 winner Garde La Victoire on his most recent start in a two-mile handicap chase at Sandown Park on January 7.

Herefordshire-based Symonds commented today: “Hollywoodien has a couple of options this weekend and the race at Newbury was the first one on my mind. I would love to run him in it because the owners won the race back in 2004 and it would be quite nice to try and win it again.

“He is also in a two-mile handicap chase at Doncaster and a lot will depend on the ground. Good to soft would be fine but we wouldn’t want it any softer.

“I think he will handle any going but he jumps so much better when he can ping off the better ground. He can get a bit low over fences and his jumping is much better on a quicker surface.

“He can take advantage of lesser opposition over two miles but I think he struggles over that distance in the top races, like at Sandown last time, because he is not the fastest. He has run well over a longer trip and I think that the track at Newbury will suit him.”

O’Faolains Boy (Rebecca Curtis) took the G1 RSA Chase at the Cheltenham Festival in 2014 and the 10-year-old features among 13 entries for the £25,000 Betway Supporting Greatwood Veterans’ Handicap Chase (2.05pm) over three and a quarter miles.

His rivals may include the Paul Nicholls-trained pair of Rocky Creek, who won this season’s London National at Sandown Park in December, and the 2015 G3 bet365 Gold Cup victor Just A Par. 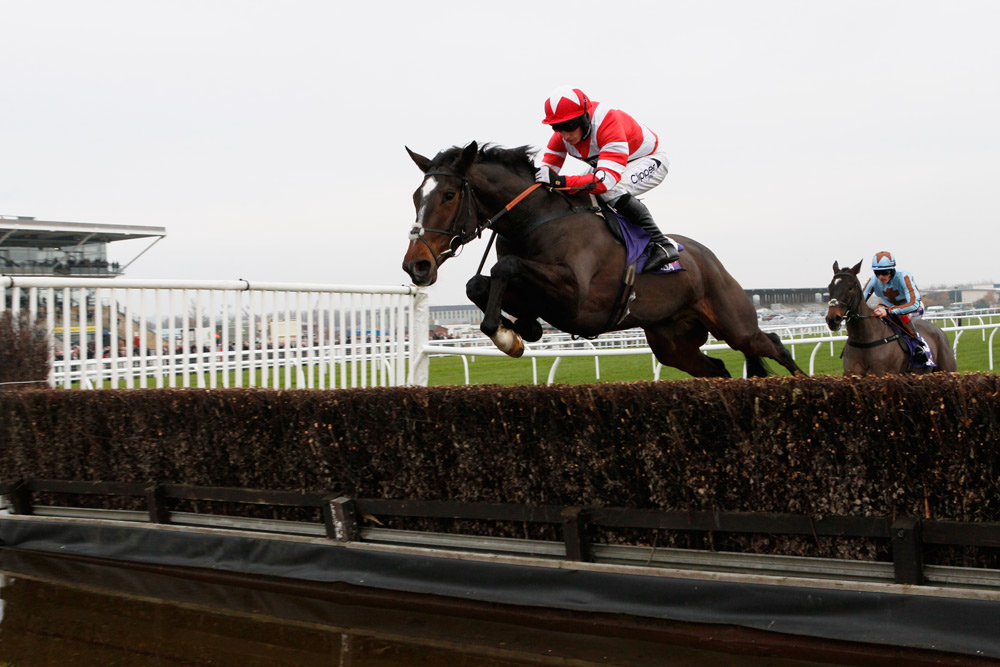 Racing gets underway at 1.30pm with the £20,000 William Hill “High 5” Supporting Greatwood Seniors’ Handicap Hurdle (20 entries) over an extended two and a half miles, which could feature Willow’s Saviour (Dan Skelton), winner of The Ladbroke at Ascot in 2013, and Royal Guardsman (Ali Stronge), winner of this race in 2015.

Greatwood Charity Raceday also provides an opportunity for racegoers to learn about Greatwood, a unique charity based near Marlborough which provides fulfilling futures for former racehorses and teaches emotional literacy and life skills to children and young people with special educational needs.