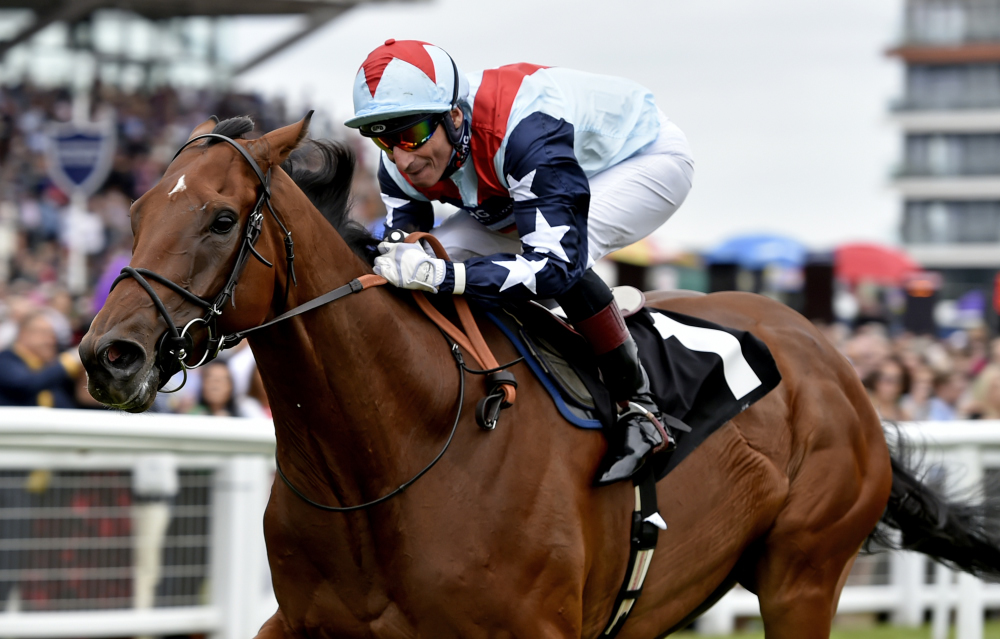 Newbury Racecourse is delighted to announce that Unibet, part of the Kindred Group, one of the largest online gambling companies in the world will become title sponsor of next weekend’s Hungerford Day at Newbury which features the Group 2 Unibet Hungerford Stakes to be run on Saturday August 17.

The 7f race, worth £100,000, is one of four races that will carry Unibet support over two days of racing at Newbury on Friday 16 and Saturday 17 August in an initial one-year deal.

Ed Nicholson, Head of Kindred Group Racing Communications & Sponsorship said: “Unibet are delighted to be title sponsors of next Saturday’s Hungerford Day, the highlight of which is the G2 Unibet Hungerford Stakes at Newbury”

“The sponsorship of these three races on Unibet Hungerford Day takes the number of races sponsored by our company in the last twelve months to over 300, which include 24 G1, G2, G3 or listed races – all of which have kept their heritage titles”

“Unibet boasts some wonderful racing partnerships already, including our recent Official Betting Partnership with the Qatar Goodwood Festival, and this new deal continues to position us as one of the sport’s leading supporters. This is the first time we will have sponsored at Newbury and are looking forward to working with the course on a number of interesting new forms of sponsorship.”

Unibet will sponsor two other features prizes on Saturday; the Group 3 Unibet Geoffrey Freer Stakes, worth £60,000, and the £20,000 Unibet Handicap. All three races will be shown live on ITV4. Unibet will also back the Unibet EBF Maiden Stakes on Friday.

Julian Thick, Chief Executive for Newbury Racecourse added: “We are very grateful to Unibet for their support of the Hungerford Stakes and additional races on the card. They are big supporters of racing and we are looking forward to working with them.”

The Unibet Hungerford Stakes is one of the Flat season’s feature events at 7f, which this year has attracted 32 entries. They include 2018 race winner Sir Dancealot, who after returning to form to win the Lennox Stakes at Goodwood last month, will attempt to emulate Jimmy Reppin (1968, 1969) and become only the second horse to capture the prize twice.

The nine-year-old Breton Rock, who won the Hungerford Stakes in 2014 has also been engaged.

The 1m5f Unibet Geoffrey Freer Stakes has been won in the past by a number of top middle-distance performers, notably Mubtaker who won the race three times in 2002, 2003 and 2004, and Defoe, winner of the 2019 Group 1 Coronation Cup, two years ago.