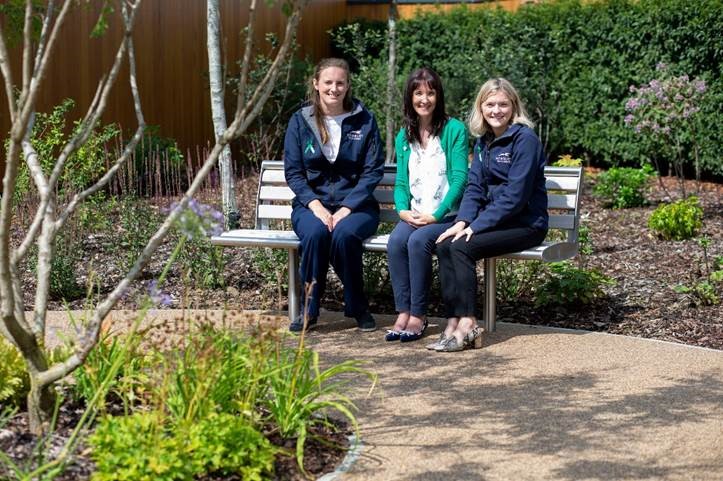 Caption: Staff at Newbury Racecourse have recently undergone a training session which forms part of the pilot scheme with Debbie Matthews (centre) and Kindred Group along with the creation of a dedicated #GoRacingGreen Quiet Zone at the racecourse on Saturday.

Kindred, through its Unibet brand, has today announced a significant investment in #GoRacingGreen, the project run by Debbie Matthews that aims to make racing accessible to those who suffer from mental health problems.

The investment in the pilot scheme with #GoRacingGreen will see the online gambling platform partner with Matthews’ project at Newbury Racecourse on Saturday 17 August for Unibet Hungerford Day. The announcement comes following the news in April that Kindred – through its 32Red brand – were launching a new model of sport sponsorship that benefits both sport and communities.

As part of the #GoRacingGreen project, racegoers to Newbury on Saturday are encouraged to wear something green, such as one of the official #GoRacingGreen ribbons, to signify they are happy for someone to approach and talk to them, or as awareness to those around them that they might be feeling anxious. #GoRacingGreen works with racecourses to help introduce small changes and additions around the site, including staff awareness and training as well as offering safe and quiet spaces for people to use at the course to enjoy the racing in a comfortable environment.

Permanent members of staff at Newbury Racecourse have recently taken part in a training session in order to know how to assist any racegoers experiencing social anxiety. A dedicated #GoRacingGreen Quiet Zone has been created behind the paddock which will be an alcohol-free area.

Tackling mental health is at the core of Kindred’s commitment to become the sponsor of choice for sporting organisations and their communities and reinvent sponsorship so that it benefits places and communities. Through Kindred’s Unibet brand, the commitment and investment into this pilot of the #GoRacingGreen project includes:

Ed Nicholson, Head of Racing Communications & Sponsorship at Kindred Group, said: “The investment we are announcing today means GoRacingGreen can continue to build on their fantastic work since they started the project earlier this year. Having attended the training session undertaken at Newbury earlier in the week, I saw at first-hand what a fantastic scheme this is. Our partnership with GoRacingGreen shows a new model for sport sponsorship is possible. Kindred is leading the way in becoming a sponsor for a sport and it’s communities and we are looking forward to piloting the project at Newbury this Saturday.”

Debbie Matthews, Founder of #GoRacingGreen, said “This investment is a fantastic boost for the #GoRacingGreen project, and I am delighted to be working with Kindred through its Unibet brand. Working in partnership with them, we can now expand the programme and reach many more people with mental health problems across the racing community in the months ahead.”

Harriet Collins, Marcomms and Sponsorship Director at Newbury Racecourse added: “We are delighted to be working with both Unibet and Debbie Matthews on this initiative. Members of our permanent staff have undergone training with Debbie and we have plans to keep increasing this number over the course of the year. We have created a dedicated #GoRacingGreen Quiet Zone this Saturday for those looking for a safe space away from the crowds and hope it will be well received.”