First run in 1991, this unique contest for two-year-olds offers fantastic prize money down to 10th place and is restricted to horses sold or bought in at public auction for £50,500 or less.

Tim Easterby is the most successful current trainer in the Weatherbys Super Sprint with three victories and has two contenders this year – Ventura Secret (Jim Crowley) and Hope Solo (James Sullivan).

Jonathan Portman, based locally to Newbury at Upper Lambourn, is represented by the unbeaten Mrs Danvers (Luke Morris) who has joint bottom-weight of 8st.

The daughter of Hellvelyn caused a 33/1 shock when winning easily on debut at Lingfield Park on June 11 and followed up by taking a fillies’ conditions race in good style at Windsor on June 26. Both of her wins have been over five furlongs on soft ground. She was bought by Portman for just £1,000 at Tattersalls Ireland Ascot Sale in February this year.

Portman commented: “We are very happy with the progress Mrs Danvers has made so far. She has not had to have too hard a race on both her two starts so far. 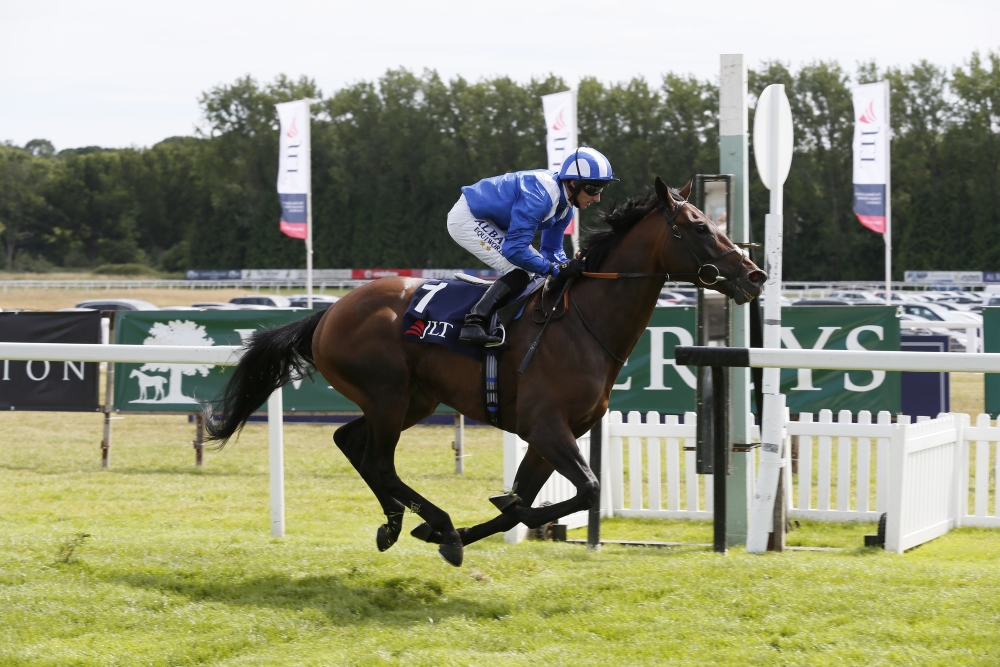 “Her two wins both came on soft ground, which she was very happy on but she won’t get it on Saturday. I don’t think she will have as much of an advantage on faster ground but I do think she will handle it OK. It is just it may suit other horses better.

“She is very well in herself and is an improving filly, we hope. She is still maturing and growing up. I am not sure she has beaten a great deal yet, so has a bit to prove but we have always seen her as a nice filly.

“In the Weatherbys Super Sprint, she has a lot more on her plate and we are just looking forward to seeing how she copes with a bit more pressure. We don’t think she is a certainty by any means and has her work cut out but hopefully she can be competitive off of eight stone.

“She is a very straightforward filly and we are lucky to have her.”

Simply Red on Weatherbys Super Sprint Day gets underway at 1.25pm with a race for Purebred Arabians followed by the first Thoroughbred action at 2.00pm, with the card running through to 5.15pm.

Tickets for the Premier Enclosure on Simply Red on Weatherbys Super Sprint Day have sold out. Grandstand tickets are still available and can be purchased via Newbury Racecourse’s website – www.newburyracecourse.co.uk.

Simply Red will be performing after racing at 5.30pm on the Party in the Paddock stage.

Newbury also races tomorrow, Friday, July 15, with a seven-race card running from 2.00pm through to 5.15pm.