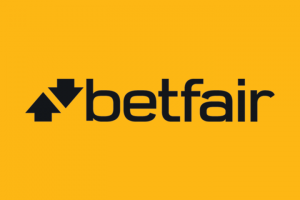 Nigel Twiston-Davies is using a tried and trusted formula in the pursuit of a third success in six years in the £155,000 Betfair Hurdle at Newbury on February 9 for which 55 entries are revealed today.

The Gloucestershire trainer hopes Al Dancer, who is unbeaten in three starts over hurdles, can repeat the success of his 2017 winner Ballyandy who claimed Britain’s richest handicap hurdle while still a novice.

Twiston-Davies who has also included his former race winners Ballyandy and Splash Of Ginge, who won the race in 2014, plus Ballymoy and Mr Antolini among a total of five entries.

Monsieur Lecoq, a winner at Sandown on Saturday under Lizzie Kelly, is 12-1 co-third favourite to give conditional rider Kelly a second success to add to her 2016 triumph on Agrapart.

Mohaayed, winner of the Betfair Exchange Hurdle at Ascot at Christmas, is one of seven trained by Dan Skelton.

There are seven entries from Ireland, including five from the stable of Ireland’s champion jumps trainer Willie Mullins, Uradel, Dolciano Dici, Cut The Mustard, Sayar and Saglawy.

Al Dancer, owned by Walters Plant Hire Ltd, has registered wins at Carlisle, Ffos Las and at Cheltenham where he won a handicap by 11 lengths and for which he has been raised 12lb to an official rating of 141, since beginning hurdling this season.

Last year’s winner Kalashnikov was also rated 141 when he captured the prize for Newmarket trainer Amy Murphy while still a novice.

Nigel Twiston-Davies said: “We do try to have runners in the Betfair Hurdle as it is a nice race to win. Al Dancer is being aimed at the race. It’s become a good race for horses that have not quite been caught [by the handicapper].

“John Neild wanted me to enter Splash of Ginge. If it became very soft he could run and we could possibly run Ballyandy as well so we could have two of our former winners there as well.”

Al Dancer would be the probable mount of jockey Sam Twiston-Davies, son of Nigel, who steered Ballyandy to his win at Newbury.

“He’s a novice who has done well so far this season,” said Sam Twiston-Davies. “Going into a handicap like this would be good experience for him. The long term dream is that he will be good enough for the Supreme and the Betfair Hurdle will tell us exactly where we are with him.

“He’s a clean jumper, a good traveller, a bit like Ballyandy was which is kind of where the line of thought has come from. My Tent Or Yours was another who won the Betfair Hurdle as a novice. It’s a route that has worked out well for a lot of horses.

“The bigger field will do him good and will help him progress again. He will learn a good bit from it but at the same time I like his profile. I’ll be keeping my fingers crossed that the ground is all right and everything goes in his favour on the day.”

Nicholls, winner of the race in 2012 with Zarkandar, has also entered Grand Sancy and Mont Des Avaloirs but Getaway Trump heads the sponsor’s market.

Betfair Spokesman Barry Orr said: ‘’As you would expect for the richest handicap hurdle in the UK entries are strong and once again improving novices are to the fore in the betting. The Paul Nicholls trained Getaway Trump, who will be putting the form of his splendid second in the ‘Challow’ to the test, is 8/1 favourite just ahead of Thomas Darby and Al Dancer at 10/1’’

Betting for the 2019 Betfair Hurdle:

40/1 Distingo, High Expectations, Not Never, West To The Bridge