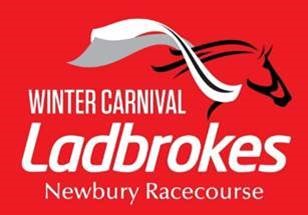 The weights are unveiled today for the £200,000 Grade 3 Ladbrokes Trophy, the highly prestigious three and a quarter mile handicap chase which takes place at Newbury Racecourse on Saturday 28 November, day two of the Ladbrokes Winter Carnival.

Topofthegame (Paul Nicholls), the 5/1 market leader with Ladbrokes has been allotted the top weight of 11st 12lb following his successful novice chase campaign in the 2018/19 season and remains on target for the Newbury showpiece with a gallop at Newbury Racecourse scheduled for Tuesday 17 November.

The progressive chaser will be aiming to treat viewers to another special performance when trying to win the Ladbrokes Trophy, and like Denman, part-owned by Paul Barber, he will be coming back from an injury which kept him off the track in the 2019/20 season. His trainer will be looking to win the race for a fourth time, making him only the second trainer (behind Fulke Walwyn) to complete the feat.

Following a second at Wetherby on Saturday in the bet365 Charlie Hall Chase, Vinndication remains on target for the Ladbrokes Trophy, having been allocated a weight of 11st 8lb and would provide trainer, Kim Bailey with a first time win in the race.

Bailey said: “We were pleased with his run last Saturday behind Cyrname and its good to see he has not gone up too much in the weights. All being well, he will remain on target for the Ladbrokes Trophy at the end of November.”

Scottish based trainer, Harriet Graham could be looking at having not only her first runner in the race, but also her very first runner at the Berkshire track. Yet to send a horse down to Newbury, Aye Right could become her first representative at the course and has been allocated a weight of 10st 11lb following a good run in the bet365 Charlie Hall Chase on Saturday, finishing third.

Graham commented: “The target has always been the Ladbrokes Trophy and it remains the premier target, but the reality is everything keeps changing. He (Aye Right) doesn’t and we don’t mind travelling, but it will depend on the restrictions in place as the owners are desperate to watch him. Unfortunately, it may just be easier for us to run him closer to home, but Newbury at the end of November remains the number one target.”

Ladbrokes spokesman Jon Lees said: “Topofthegame is going to have to do a Denman, the last horse to win the race off top weight, if he is to land the 2020 Ladbrokes Trophy. Given Paul Nicholls managed to pull off that feat twice with ‘The Tank’, Topofthegame couldn’t be in safer hands. That’s why the horse is 5/1 favourite.”

The full list of entries and their weights can be found below.