Thistlecrack and Unowhatimeanharry‘s head-to-head in the £50,000 G2 Ladbrokes Long Distance Hurdle (3.00pm, 12 entries) at Newbury is the highlight on the opening day of the Ladbrokes Winter Carnival, Friday, December 1.

He has not raced since going down by a head to Many Clouds in the G2 Cotswold Chase at Cheltenham in January, after which he sustained a tendon injury.

With Thistlecrack over fences last season, Unowhatimeanharry (Harry Fry, 13/8) emerged as the top staying hurdler. He started the campaign at Newbury with a six-length victory in the Long Distance Hurdle and went on to G1 triumphs at Ascot and Punchestown, with his only defeat coming when third behind Nichols Canyon in the G1 Stayers’ Hurdle.

Due to his G1 victories last season, Unowhatimeanharry will shoulder 6lb more than Thistlecrack on Friday, but has the advantage of race fitness having made a successful return in a conditions hurdle at Aintree on November 11, his tenth win in 11 starts since joining Harry Fry.

Colin’s Sister (10/1) and Wholestone (9/1), both novices last season, could be the up and comers in the race for the in-form stables of Fergal O’Brien and Nigel Twiston-Davies. The pair fought out the finish to the G2 West Yorkshire Hurdle at Wetherby on November 4, when Colin’s Sister prevailed by two lengths.

Wholestone was among the best staying novices last season, winning a pair of Grade Two events at Cheltenham before finishing third behind Penhill in the G1 Albert Bartlett Novices’ Hurdle at the Cheltenham Festival.

Anthony Bromley, racing manager for Wholestone’s owners Simon Munir and Isaac Souede, said today: “Wholestone is well and the plan is to run at Newbury on Friday. The owners were at Nigel’s last Friday and Wholestone was looking good on the gallops.

“He was put up 10lb for running second at Wetherby, so we had to call off the idea of going for what was the fixed brush hurdle at Haydock last Saturday.

“Friday’s race looks a G1 in all but name. Even with the rise, Wholestone is still 15lb off Thistlecrack’s rating and we have got to give him 3lb. I thought Unowhatimeanharry looked good at Aintree the other day when he beat Top Notch, and we have got form to turn around with Colin’s Sister.

“It looks a tough engagement for Wholestone but it is the only one we can do, other than waiting for level weights in the G1 Long Walk Hurdle at Ascot next month.”

Entries for Friday’s Ladbrokes Long Distance Hurdle also include Coral Cup runner-up Taquin Du Seuil (Jonjo O’Neill, 10/1) and Ptit Zig (Paul Nicholls, 16/1), winner of France’s most prestigious hurdle race, G1 Grande Course de Haies d’Auteuil, in June, 2016. The final field for the Ladbrokes Long Distance Hurdle, along with the other six races on day one of the Ladbrokes Winter Carnival, will be known shortly after 10.00am tomorrow.

Stayers’ Hurdle runner-up Lil Rockerfeller (Neil King) and The Worlds End (Tom George) are also engaged, although both are unlikely to run having raced last Saturday.

The Ladbrokes Winter Carnival continues on Saturday, December 2, when the highlight is the £250,000 G3 Ladbrokes Trophy (3.00pm, 22 confirmations) over three and a quarter miles. The final field for the Ladbrokes Trophy will be known tomorrow, Thursday, November 30.

The current going at Newbury ahead of the Ladbrokes Winter Carnival is:

Rails will be moved overnight on Friday to give fresh ground for Saturday.

*Having first start since going down by a head to Many Clouds in the G2 Cotswold Chase at Cheltenham on January 28, after which he sustained a tendon injury.

*Not raced over hurdles since defeating Shaneshill by seven lengths in G1 Liverpool Hurdle at Aintree in April, 2016. 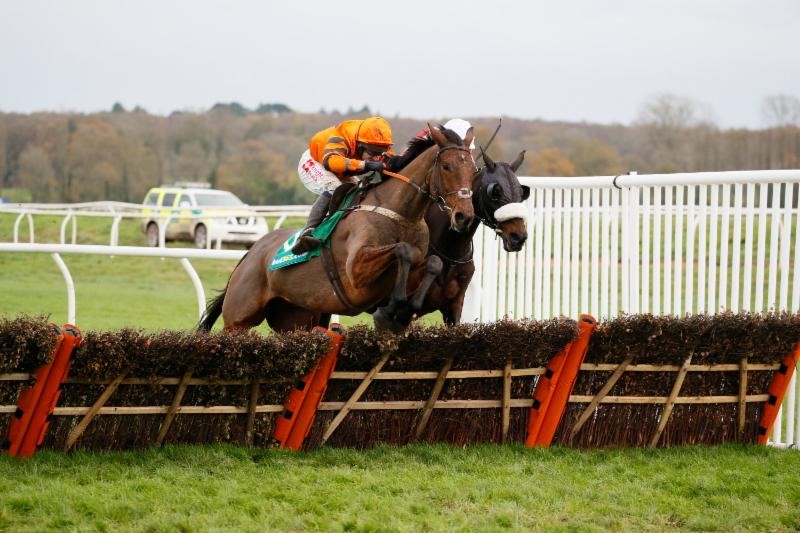 *Won 10 of 11 starts since joining Harry Fry from Helen Nelmes during the summer of 2015.

*Has race fitness on his side having made a winning reappearance in a two and a half miles conditions hurdle at Aintree on November 11. 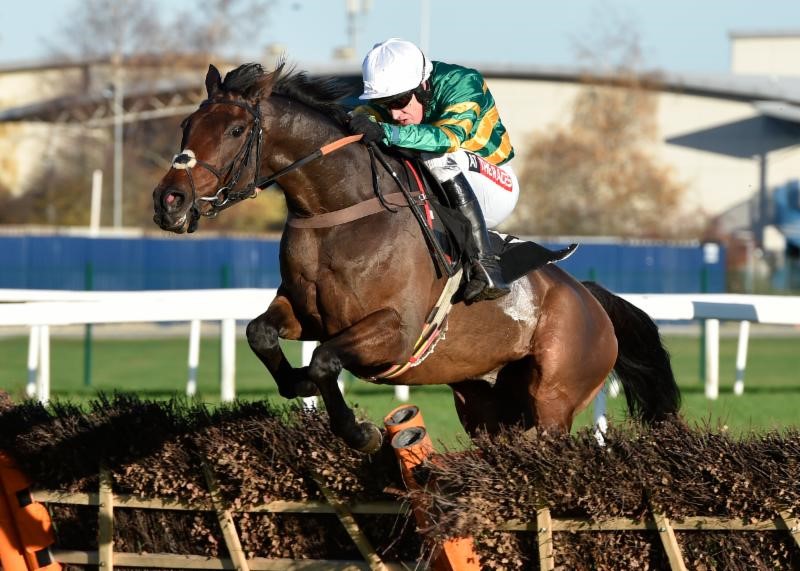 Unowhatimeanharry on his way to landing the 2016 Long Distance Hurdle