Swinging Sixties and Seventies embraced at Retro at the Races

Racegoers got into the swing of things at this afternoon’s Retro at the Races day at Newbury Racecourse by dressing up in their grooviest 1960s and 1970s gear. 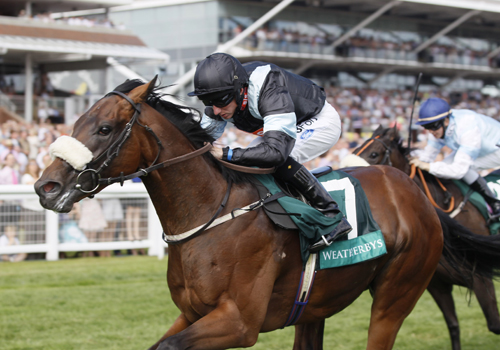 On an action-packed day Peniaphobia was an impressive winner of the £250,000 Weatherbys Super Sprint for Malton trainer Richard Fahey and jockey Paul Hanagan.

Following his victory by a neck from Lilbourne Lass, Hanagan said: “It means a lot to give my old boss a winner like this.”

In front of a large crowd Brazilian star Silvestre de Sousa had earlier scored a tremendous hat-trick in the opening three races of the day, partnering Lanark, Galician and Royal Empire to back-to-back victories.

A number of racing stars from the sixties and seventies were also in attendance, including Willie Carson, Ian Balding and Jenny Pitman. Throughout the day spectators were treated to some of their memories from the era as they were interviewed in the parade ring. 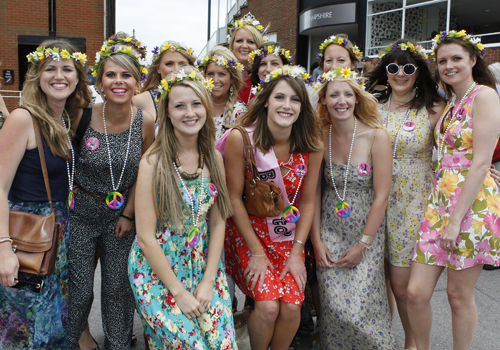 There was a Best Retro Dressed competition and the winner was Hannah O’Sullivan from Oxford. She received a £200 voucher for Parkway Newbury while two runners-up won £100 and £50 vouchers respectively. Parkway also put on a hugely popular retro fashion show.

Stephen Higgins, Racecourse Newbury Managing Director, Racing and Events, said: “Retro at the Races has been such a fantastic day. Everyone has got into the spirit of it and was a privilege to welcome so many racing legends from the sixties and seventies.

“The racing was top class and huge congratulations to Richard Fahey for his £250,000 win in the Weatherbys Super Sprint, as well as Silvestre de Sousa for his hat-trick. The victory topped a great day both on and off the track.”