Newbury Racecourse staged Ladies Day yesterday, Saturday, August 18, with a seven-race card running from 1.50pm through to 5.15pm. The official going was Good.

The improving four-year-old is enjoying a fine season, having landed the G2 Lennox Stakes over the same distance at Goodwood last month.

He had little difficulty in defying a 3lb penalty for that success as he came from the rear to take lead from Dream Of Dreams (Sir Michael Stoute/Adam Kirby, 10/1) entering the final furlong, before going on to win comfortably by a length and a quarter eased down.

Breton Rock (David Simcock/Martin Harley, 12/1), the 2014 winner, was another half-length away in third, while the 15/8 favourite Gustav Klimt (Aidan O’Brien IRE/Ryan Moore) was never able to get competitive and came home in fifth of the eight runners.

Winning jockey Gerald Mosse is currently based in Newmarket and the 51-year-old French ace, who has been successful all over the world, was full of praise for Sir Dancealot.

Mosse said: “Sir Dancealot has shown himself to be a magnificent animal with big ability.

“I wanted to get him to relax and travel well before showing me what he could do. When I started to make my move, he was still cantering. It was a lovely race and just like a morning gallop for the horse. I was very pleased with him.

“Sir Dancealot does what you ask him to do. I was pleased with the way he travelled and how he won his race today. I didn’t have to press hard and he won nice and easily. I was able to save his potential for next time.

“I am only the pilot and not the trainer, but I believe he could go for the G1 Prix de Foret (run over seven furlongs at Longchamp, France, on October 7) next. No matter where he goes, I want to be there as he is a lovely horse.

“Since I started riding Sir Dancealot, I believed he would be a superstar. He is just starting to show his talent and I think he will keep going. He is a lovely horse.

“I have no worries about the ground being softer at the end of the season. He is just a machine.

“I had a traffic jam at Goodwood whereas today I did not take any risks. I relaxed him behind the front part and when I came, it was game over. I did not even press [him] hard.

Reflecting on his time in Britain, Mosse continued: “It is important to have horses like Sir Dancealot when you come to a country as a new rider. You have to prove you can do it and make your mark and when you have a horse like this it makes it easier.

“I always wanted to be able to ride in the UK as the horseracing industry here is probably the number one in the world.

Earlier in the afternoon another improving four-year-old, Godolphin’s Hamada (Charlie Appleby/James Doyle, 7/4 Fav) booked his ticket to Australia for the G1 Melbourne Cup (2m, Flemington November 6) when he was successful in the £60,000 G3 Irish Thoroughbred Marketing Geoffrey Freer Stakes (2.25pm) over an extended mile and five furlongs.

The son of Cape Cross, winning his fifth race in succession, took up the running entering the final furlong and had little difficulty in powering away for a two and a half-length success over Raymond Tusk (Richard Hannon/Silvestre de Sousa, 100/30) with his stablemate and long-time leader Walton Street (Charlie Appleby/Adam Kirby, 11/2) another nose away in third.

Charlie Appleby said: “I was delighted with Hamada and Walton Street today. They have both booked themselves a trip to Australia.

“We will have to wait and see what the handicapper does, but hopefully Hamada will get a racing weight that will put him straight into the Melbourne Cup.

“Walton Street has got himself a bit closer to getting a run in the Melbourne Cup. He will probably have to run in one of the trials when he gets to Australia to give himself more a chance of making the cut for the Melbourne Cup.”

James Doyle added: “Hamada is a star really. He does everything you ask of him and has steadily improved with each run. I won on him earlier in the season at Wolverhampton believe it or not and he only won a length and a half that day.

“He is one Charlie has been patient with, and he will be on a plane to Australia soon I would say. He will love it [Australian racing].

“You also need to relax because they go hard early for the first couple of furlongs and then put the brakes on. Hamada is very push button and stays very well.” 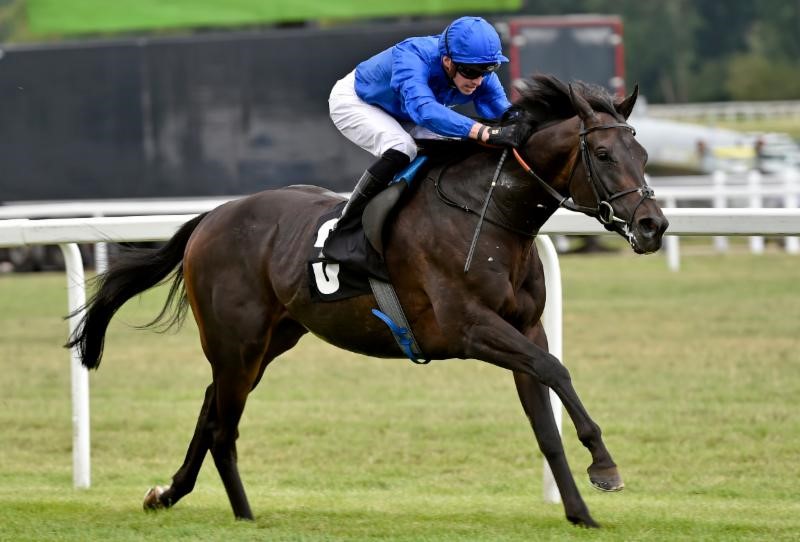 The opening £25,5000 Listed Denford Stakes (1.50pm) saw Boitron (Richard Hannon/Silvestre de Sousa, 5/4 Fav) make it three wins from as many starts when registering a smooth length and three-quarters victory in the seven-furlong contest.

Past winners of the Denford Stakes include subsequent Classic winners Rodrigo De Triano, Lammtarra, Haafhd and Just The Judge.

Trainer Richard Hannon has high hopes for the son of Le Havre.

He said: “Boitron is a very nice horse. The first time he won here, I didn’t think he would win like he did.

“It is the way he moves that makes him a very good horse. He won that lovely and Silvestre said he gave him a good feel.

“Boitron got a bit anxious in the gates today which I was a bit surprised at. He doesn’t pull and just does his thing. He is very economical and that is what sets him apart from the others.

“The Lagardere (G1, 1m, Longchamp, October 7) has got to be an option and the Dewhurst (G1, 7f, Newmarket, October 13). He has got a lot of speed and seven might be his optimum trip now. You have got to work back from the Guineas next year.”

Silvestre de Sousa added: “Boitron felt really good. Richard thought he could be a bit lazy at the beginning, but he jumped fine and grabbed the bridle straight away. He travelled well and three down I was taking him back.

“I think it was a fair race. You do not notice it when the race is run but it felt competitive enough.

“I think Boitron goes to the top level – it feels that way. If he is good enough, only time will tell, but he feels a nice horse.”

The big handicap of the day was the £20,000 Laurent-Perrier Handicap over seven furlongs, which went the way of 17/2 chance Squats (William Haggas/Georgia Cox (3), 9st 1lb) for the second year running.

The six-year-old took up the running just over a furlong from home and ran on well for a comfortable two and a quarter length success over Sabador (Ed Walker/Gerald Mosse, 9st 10lb, 5/1) in the 15-runner field.

Winning rider Cox, also in the saddle in 2017, said: “It has been a frustrating season for both of us and things just haven’t gone right. Squats so deserves to win one on what he has done and I am just so happy everything went right today.

“He took me to the front way too soon. I would say the boss wasn’t saying nice things at the TV when he was watching it, but Squats was cruising so well that I did not want to take him out of it when he was in his stride.

“Squats has been a legend for me – I love him. He knows the saying ‘don’t bite the hands that feeds you’ because I give him a lot of attention at home, and he has been so good for my career.”

There was a Royal winner on the card when The Queen’s Sextant (Sir Michael Stoute/Ryan Moore, 10/11 Fav) landed the Racing To School British EBF Maiden (4.10pm) over a mile and a half.

The three-year-old son of Sea The Stars clearly benefited from his debut at Nottingham earlier this month and looks a bright prospect going forward.

Red Force One (Tom Dascombe/Martin Harley, 9st 1lb, 5/1) completed a three-timer when taking the 10-furlong Wellchild Handicap (4.40pm), while the day ended with a victory for smart hurdler Dell’ Arca (David Pipe/Miss Siobhan Doolan (3), 14/1) in the Sportsguide Handicap (5.15pm), a contest for lady amateur riders over a mile and a half.