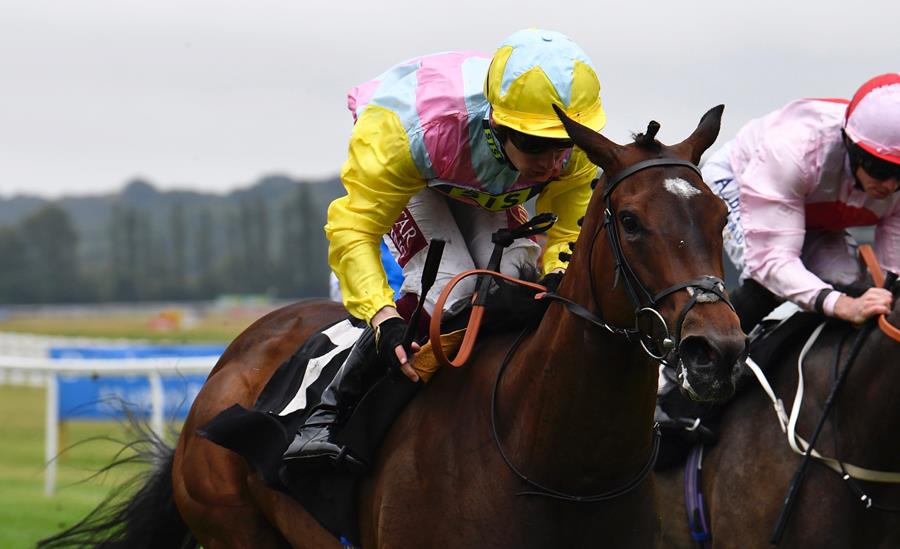 The filly, who finished down the field at Royal Ascot after a debut win, appreciated a return to six furlongs as she was produced by Oisin Murphy to wear down long time leader Misty Grey and win by three quarters of a length at odds of 10-1.

Kingsclere trainer Balding said: “We thought we might be able to get a bit of black type but she has done even better than that. She was given a fine ride and she is improving. I think she would be suited by better ground.

“I called it wrong at Ascot. We were always going for the Albany Stakes and I don’t know why we deviated to the Queen Mary – it was my fault. She has plenty of speed but this is her max. She will probably go for a Group 3 next.” 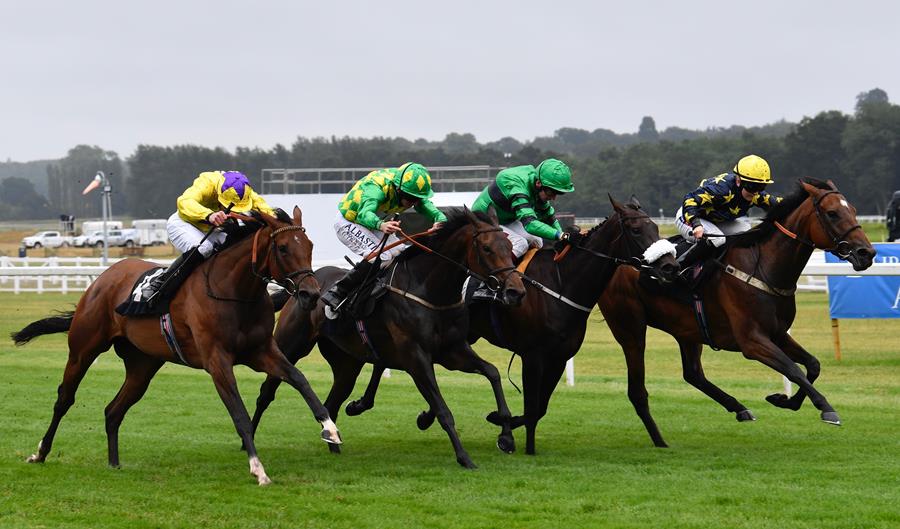 Hughie Morrison cut a frustrated figure at the weekend when stewards at Longchamp dismissed his objection to the horse that edged out his Melbourne Cup runner-up Marmelo by a nose in a contentious finish to a Group 2 prize.

The East Ilsley trainer feared another reverse when an inquiry was called after Jedhi, Marmelo’s half-sister, got up by a nose after a rough climax to the Ross Brooke Chartered Accountants Fillies Handicap, but the stewards ruled the interference was caused by the second Point In Time and was accidental.

“Jedhi is cute, gets to the front and only does enough,” said Morrison. “She won because she got angry at being squashed. She is a lovely mare to have with two half-brothers being Group winners. I love the family.

“She will get two miles so we could think about the Cesarewitch. There are lots of nice races to go for.” 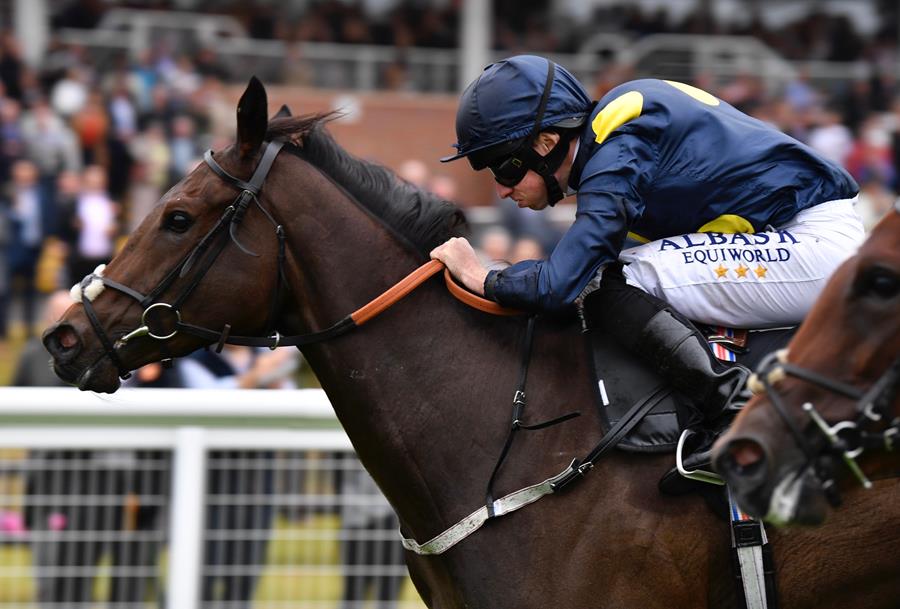 It’s a breeze for Nasaiym

Nasaiym, a 230,000gns breeze-up buy who holds a Group 1 entry, showed she could be ready for a step up in class when getting off the mark at the second attempt in the bet365 EBF Fillies’ Novice Stakes for trainer James Tate.

“She made a little bit of hard work with it in the end, but the ground probably wasn’t to her liking,” said trainer James Tate after her neck defeat of newcomer Nina Bailarina. “For something that has been through the breeze-ups she is not very keen and I would think seven furlongs would be no problem.

“The question is do we stick at six now or do we go up to seven. When we do step her up in class we will be looking for faster ground.” 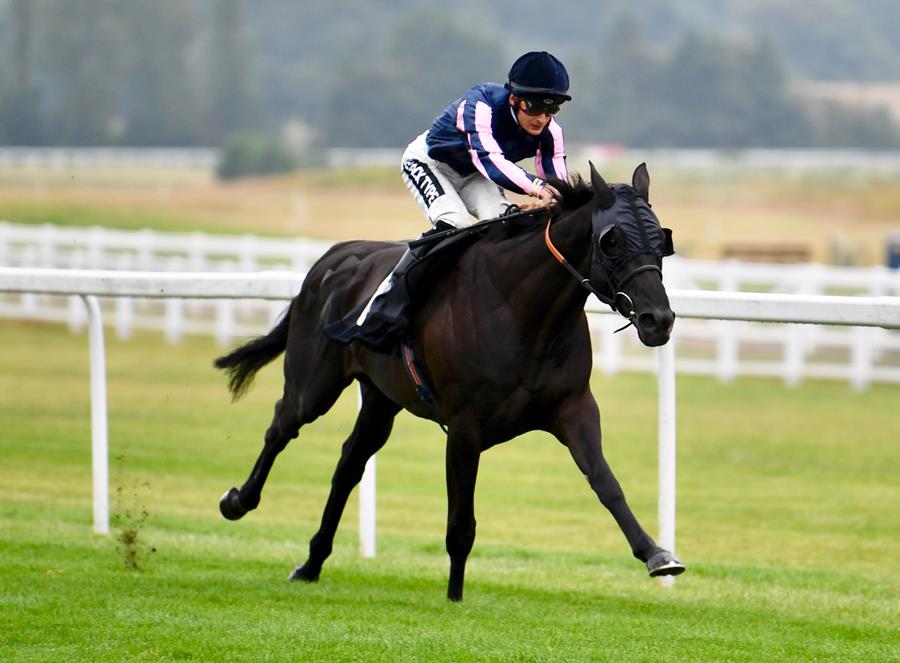 Taking it to the max

Skymax posted the most impressive effort of the day when taking the Regus Handicap Stakes by seven lengths, with jockey Harry Bentley barely having to use his whip.

Trainer Ralph Beckett said: “I’ve been getting it all wrong. Blinkers are what have made the difference today. He has just been racing lazily. The Melrose Stakes [at York] could be next.” 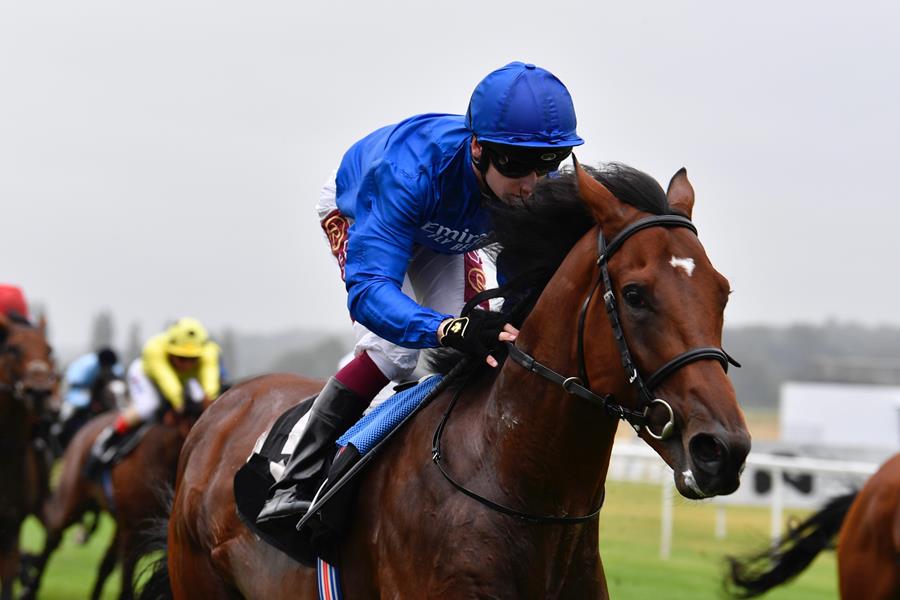 Newbury is proving a productive source of winners for the John Gosden stable which claimed its fifth success at the track this year when Encipher justified favouritism in the Spinal Injuries Association EBF Novice Stakes.

The colt stepped forward from a first time out second at Haydock to complete a one-two for owners’ Godolphin with a two and a quarter lengths victory over Native Tribe.

Gosden’s son Thady said: “He was still a bit green out in front but handled the good to soft ground well. We will give him a break now and then bring him back.”