Sea Of Class “doing very well” ahead of Newbury return

Promising filly Sea Of Class is the headline act as Newbury Racecourse stages the first of a run of five weekday fixtures this Thursday, June 14.

The twice-raced daughter of Sea The Stars has a 3lb penalty to contend with thanks to her impressive two-length victory over course and distance in the Listed Haras De Bouquetot Fillies’ Trial Stakes on May 19, after which she was considered for the 12-furlong fillies’ Classic, the G1 Investec Oaks, at Epsom Downs on June 1.

Sea Of Class is joined in the Johnnie Lewis Memorial British EBF Stakes, which remembers celebrated bloodstock agent and racing manager Johnnie Lewis who died at the age of 80 nearly a year ago, by stablemate Dramatic Queen (Tom Marquand), who is making her seasonal reappearance.

Dramatic Queen, by Kitten’s Joy out of Dubawi mare, ran twice last season and signed off with victory in a mile maiden at Yarmouth in October, making all to win by a length and a quarter.

“I wanted to keep her at a mile and a quarter for her next run, so that is what we are doing.

“She has a small penalty to carry on Thursday, but she is doing very well and I hope she will run a good race.

“Dramatic Queen wants a bit of dig in ground and will need her first run. She is a lovely filly, but she is a bit rusty and needs to get on now, which is why she is running as well.” 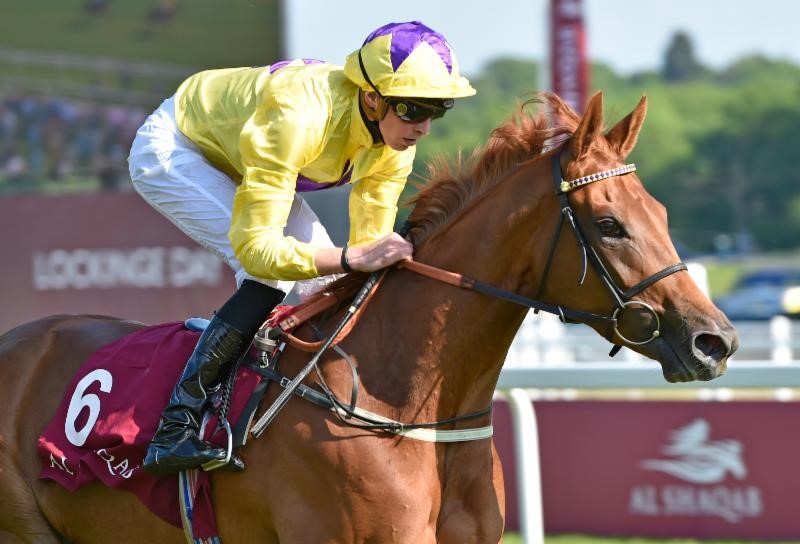 Sea Of Class in action at Newbury last time out

Another unknown quantity in the field is Blame filly Mrs Sippy (David Simcock/Jamie Spencer), who has not raced since landing a mile maiden in good style at Doncaster in October.

Irish handler Gavin Cromwell has a 50 per cent strike rate from four runners on the Flat in the UK this year. His representative Princess Yaiza (Adam Kirby) finished third to Mary Tudor in the Listed Salsabil Stakes at Navan on April 22, and filled the same position behind Magic Wand and subsequent Investec Oaks heroine Forever Together in the Listed Cheshire Oaks on May 9.

Herecomesthesun (Archie Watson/Oisin Murphy) is another with black type to her name, having finished third in Listed races, most recently in the Listed Height Of Fashion Stakes at Goodwood on May 24.

Rasima (Roger Varian/Andrea Atzeni) and Daddies Girl (Rod Millman/Jason Watson) clash again after being separated by a neck in handicap over an extended mile at Nottingham on May 22.

The eight-race card kicks off with the Be Wiser Insurance Novice Race (1.20pm, 6f 110y), in which 14 of the 16 runners make their debuts. Brian Meehan’s duo, Manton Warrior (Harry Bentley) and Almurr (Andrea Atzeni) are the two horses with experience, having finished in mid-division in six-furlong maidens at Newbury and Leicester respectively in May.

The second race on the card is the Crossland British EBF ‘Confined’ Fillies’ Novice Stakes (1.50pm, 10 runners) for three-year-old fillies over the straight mile. Haggas saddles Klassique (Tom Marquand), an unraced daughter of Galileo and G1 Matron Stakes scorer Chachamaidee. He also runs Feline Groovy (James Doyle), who finished a fine second on her debut at Newmarket in April before disappointing when fourth on good to soft ground at Haydock on May 25. The two other debutants in the field are Amanda Perrett’s Procure (Pat Dobbs), a daughter of Sepoy, and Daisy Chain (Richard Hannon/Sean Levey).

Division two of Crossland British EBF ‘Confined’ Fillies’ Novice Race (2.20pm) is another intriguing contest with a field of nine going to post. Three of them make their debuts in the mile contest including High Chaparral filly Snow Wind, who runs in the Royal Ascot Racing Club colours for Haggas and Doyle, and Imperial Choice (Michael Bell/Jamie Spencer), a daughter of New Approach, for owner/breeder Lady Bamford. Newmarket trainer John Gosden runs Scottish Jig (Robert Havlin), who has his first start on turf following a debut seventh on Polytrack at Kempton in December.

The Comax Handicap Stakes (3.30pm, 16 runners), run over the straight mile, has course and distance winner Madeleine Bond heading the weights for local trainer Henry Candy and 5lb claimer Nicola Currie. The four-year-old son of Monsieur Bond was second on his return to action over a mile at Leicester on May 28.

Sylvester Kirk who came within a head of G1 glory with Salouen in the G1 Investec Coronation Cup at Epsom Downs on June 1, saddles two runners in the mile event – Family Fortunes (Jim Crowley), who finished a neck second at Wetherby last time and seven-year-old Cricklewood Green (Andrea Atzeni), who bounced back to form when runner-up at Lingfield Park over an extended seven furlongs.

Patrick Chamings is another handler who has his string in fine form and he is represented by the progressive Dourado (David Probert), who finished second on his seasonal debut behind Sir Titan, who has won again since, at Goodwood on May 25.

The going at Newbury is currently Good to Firm, Good in places, with watering as necessary to maintain conditions.