Richard Pankhurst bounced back to his best to spring a surprise in the £150,000 G2 Betfred Hungerford Stakes (4.10pm), the feature race on Betfred Ladies Day at Newbury, Saturday, August 13.

A bumper crowd of 13,392 (compared to 12,607 in 2015) were on hand to watch an excellent eight-race card and Will Young perform at the Party in the Paddock after racing.

Richard Pankhurst had been earmarked as a potential Classic contender following an impressive win in the 2014 Chesham Stakes at Royal Ascot but the John Gosden-trained four-year-old missed the majority of last season through injury and failed to shine in two starts over a mile so far this year.

Sent off the 11/1 outsider of six, Richard Pankhurst travelled well for Robert Havlin throughout the seven-furlong contest and ran on strongly to beat 7/4 favourite Home Of The Brave by a length. 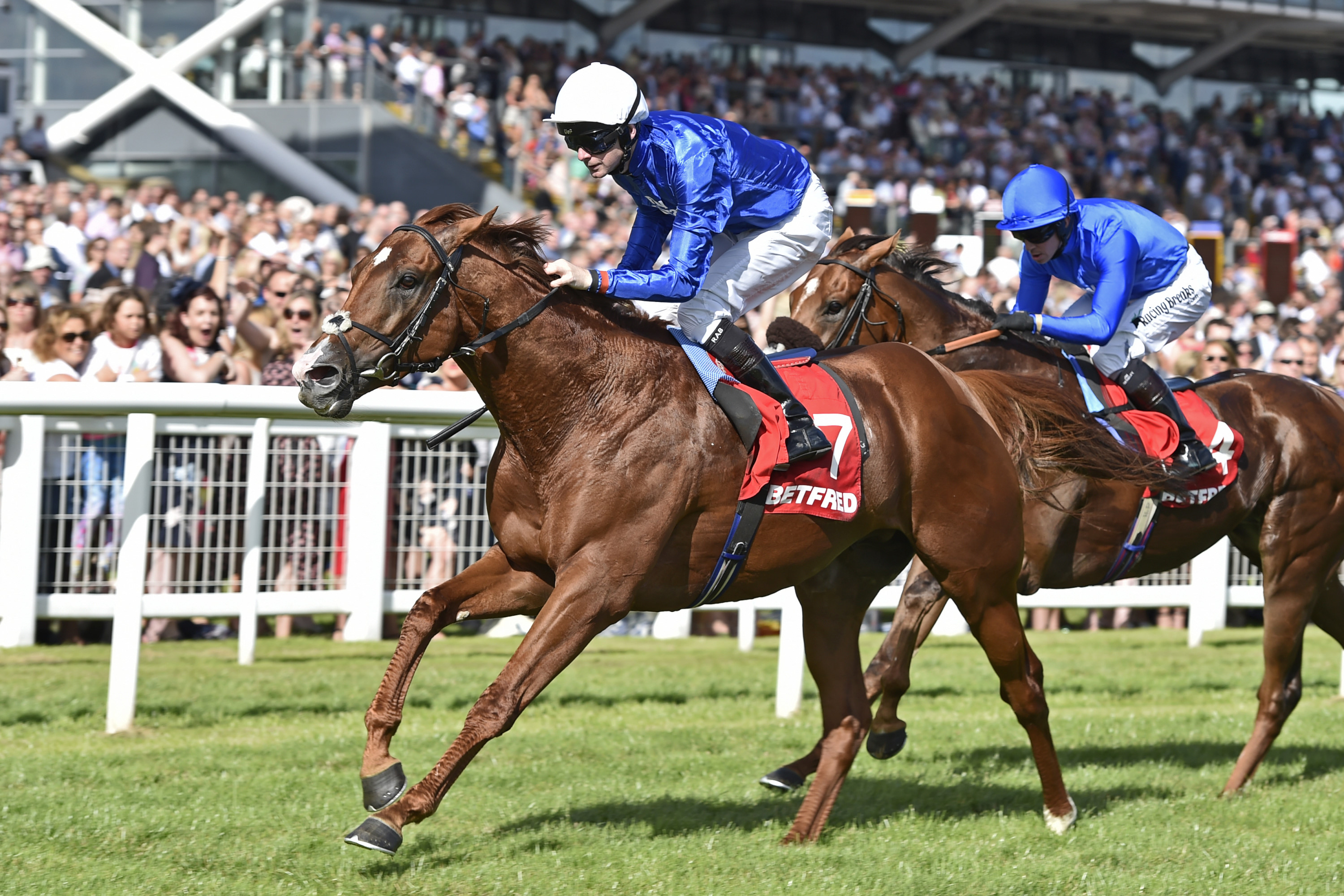 Havlin reported afterwards: “Richard Pankhurst has always shown a high level of ability at home. He has such a devastating turn of foot but has had niggling problems through his career and maybe lacked a bit of confidence as a result.

“William Buick rode him in the Chesham Stakes on his second run when he was still a maiden and he just demolished the field. He has shown something of that ability today.
“We expected a lot more from Richard Pankhurst in his first two runs this year because his homework was very good but it has just taken time. He has not had hard races but has just not been putting it together.
“I think a small field and a straight track suits him well, where you can get him organised and sit quiet on him, while he loves fast ground as well. As he grows in confidence, hopefully more options will be open to him.”

Khalid Abdullah, Sir Michael Stoute and Pat Smullen combined for a 21/1 double on the card including even-money favourite Kings Fete, who recorded a second consecutive G3 success with an all-the-way victory in the £60,000 Betfred Geoffrey Freer Stakes (3.05pm).

Burdened with a 2lb penalty after taking the Glorious Stakes at Goodwood on July 29, the five-year-old always looked to have the measure of his rivals during the extended 13-furlong contest and comfortably beat Ormito by a length and a quarter.

Smullen said: “There didn’t seem to be a whole lot of pace today, so we were happy to let the best horse to go the front and he settled beautifully. Kings Fete can be a little bit keen but he was lovely and relaxed in front and did it well.

“It was probably not ideal being in front the whole way and he was getting a little bit idle towards the line but he has got a bit of class and stuck it out well. I would like to think that, in a better class race with a bit more pace that he could follow, he could be a better horse again.

“There was plenty left in the tank and he was always going forward for me, so there was never any need for any urgency on him. He was giving me the feeling that it would take a good horse to get by him. He is a very good-actioned horse and good to firm ground is perfect for him.” 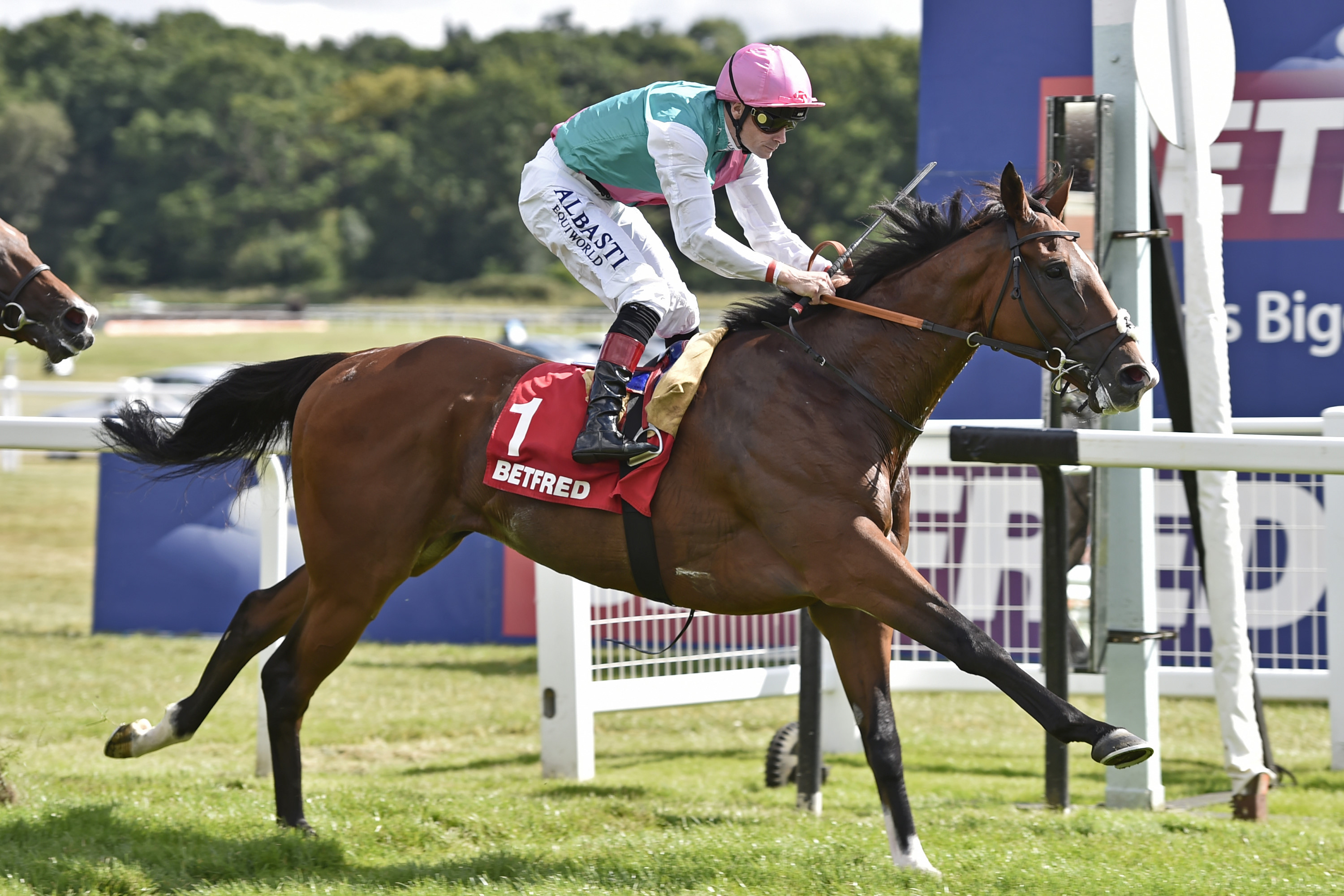 Smullen added: “Partitia is a typical Sir Michael Stoute filly, in that she improved for her first run. She was very professional today – she looked beat a couple of times but showed a great attitude and put her head down.

“She is a real six-furlong two-year-old filly and there is plenty to be caught with her this year. The future is looking good for her.”

The even money favourite, successful on his debut over the same course and distance on July 15, was held up at the rear of the four runners but quickened powerfully to take the lead in matter of strides over a furlong out before going away to score by a length and a quarter.

Dettori commented: “Escobar came into the race with a favourite’s chance and is a very nice horse. He has plenty of scope for next year and he has a future – I like him.
“Hugo Palmer told me to ride him like a favourite and he has plenty of faith in the horse. These four-runner races can sometimes be very technical but it was very straightforward and he won with a bit in hand.
“I still feel that he is not the finished article. He is still on the weak side, so a Group 3 would be the obvious choice for him now and we will see from there.”

A thrilling finish to the seven-furlong £20,000 Betfred TV Ladies Day Handicap (15.40pm), saw 10/1 chance Cornwallville (David Loughnane/Adam Kirby) come out on top in a three-way photo from Von Blucher and Charles Molson, with a short-head and a nose separating the first three.

Winning trainer David Loughnane said: “Cornwallville has tracked my other horse Muntadab into the race and has gone there like the winner. The ground wasn’t helping him but Adam has given him a brilliant ride. Adam is a fabulous rider, who doesn’t get the credit he deserves.

“Days like this are where we want to be and this is what it is all about. This is unbelievable, absolutely amazing.”

Adam Kirby added: “We were gasping for air in the last 50 yards – both me and the horse! – but he was gutsy. He travelled good and I had to go when I did because he was going that well and I didn’t want to let him down. 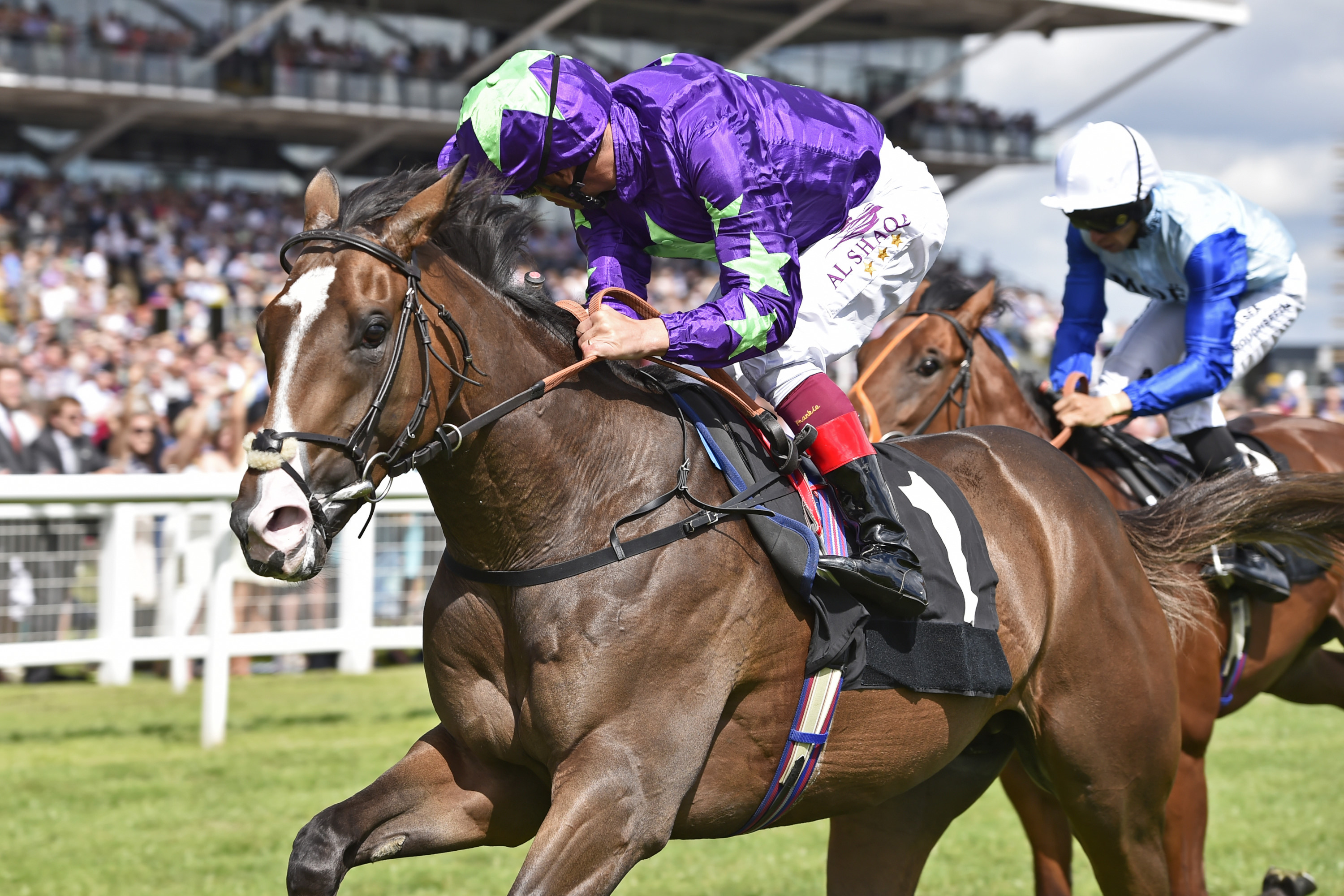 “He ran to the line and I thought that it would take a good one to pick me up but the last 50 yards was a long way. He is a very strong traveller – the race was run to suit and everything went perfect.
“David is obviously doing really well and it’s nice to get a spin for him. I wish him and his team all the best of luck.”

There was also a frantic climax to the 10-furlong Betfred “Celebrating Aiden Kelly’s 81st Birthday” Handicap (4.50pm) as 9/4 favourite Muzdawaj (William Haggas/Paul Hanagan) collared Croquembouche in the dying strides for a neck victory.

The opening G2 Royal Cavalry of Oman Clarendon Stakes (1.25pm) over five furlongs for purebred Arabians saw the Beverley Deutrom-trained Kao Kat MHF make virtually all of the running under Sean Levey for a clear-cut verdict over Radames.

Winning trainer Alan King said: “Cosmeapolitan didn’t handle Goodwood at all on his latest start but has been in good form since. Serena was on the phone as soon as the entries came out and, as soon as she said she would ride him, I knew that we would come here.

“He is going to go up a fair bit for this but hopefully he can win again and he jumps extremely well, so I do think that he will make a lovely juvenile hurdler as well.”