Restless Harry surges back to form

Restless Harry gained an overdue success when the ten-year-old bolted up in the feature race this afternoon, the Betfred “Hat Trick Heaven” Handicap Chase (For the Harwell Trophy). 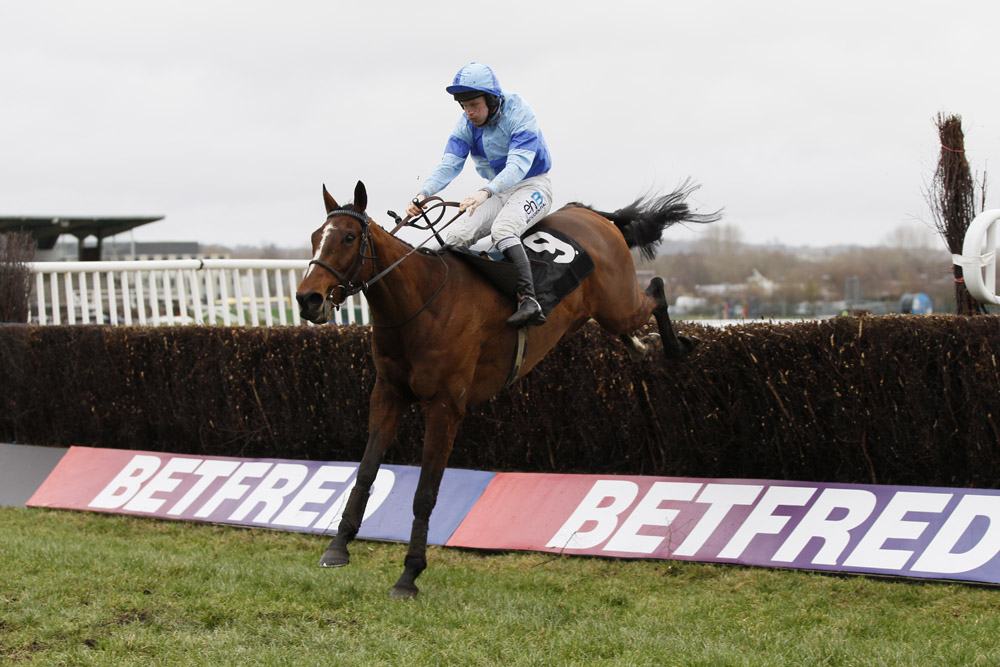 A three-time Grade 2 winner over hurdles and twice third behind the mighty Big Buck’s in Grade 1 company, Restless Harry has found the bigger obstacles tougher but scored convincingly over the same course and distance as he broke his maiden over fences just over a year ago.

The 5/1 shot, ridden by Charlie Poste for trainer Robin Dickin, lined up having unseated his rider on his last two starts but ran his rivals ragged to win by 17 lengths. Bendant (20/1) held off the joint-favourite Financial Climate for second place.

In the opener, the Betfred TV Juvenile Hurdle, Dawalan was triumphant for the second time in a month at the Berkshire track as the 4/9 favourite held off hurdling debutant Carry On Sydney. Bookmakers left the son of Azamour at 20/1 for the Triumph Hurdle in March.

Champion jockey AP McCoy was seen to full effect when he got up to score on 10/1 chance Festive Affair in the Betfred Goals Galore Novices’ Chase at 1.20pm, getting the better of 5/6 favourite Dark Lover.

Cole Harden improved his record to four wins from five starts when landing the Betfred “Double Delight” Novices’ Hurdle half an hour later by eight lengths for Jason Maguire and Warren Greatrex. Favourite Brother Brian could only finish third, beaten into second by Full Shift.

And talented mare Baby Shine won the European Breeders’ Fund/Thoroughbred Breeders’ Association Mares’ Novices’ Chase later on the card, drawing away from her two rivals to record a 24 length victory. She returned as the 4/5 favourite.

In the penultimate bumper, 4/1 chance Pitter Patter retained his unbeaten record, battling well to hold off McCoy on the 6/4 favourite Diaktoros.

Newbury Racecourse’s Chief Executive Julian Thick said: “We saw some decent horses with a bright future here this afternoon and it was great to see Restless Harry back in the winner’s enclosure.”