Newbury Racecourse celebrates the achievements of John Francome at the second day of this coming weekend’s Ladbrokes Winter Carnival.

The new sponsorship from Ladbrokes, for an initial period of five years, brings with it a larger prize pot for this year’s contenders with the two days now worth a total of £700,000 in prize money, up by nearly £100,000.

The Ladbrokes Trophy alone has prize money of £250,000, an increase of £50,000 or 25% on 2016, making the race the most valuable handicap chase in Britain outside the Randox Health Grand National at Aintree.

Born in Swindon and still based in the Lambourn Valley, the retired seven-time champion Jump jockey and television presenter John Francome is one of the sport’s most recognisable and charismatic personalities.

At the age of 16, he became an apprentice jockey to Fred Winter in Lambourn. He went on to ride well over 1,000 winners before retiring in 1985.

Francome then began a new and lengthy second career as a broadcaster, working for 27 years for Channel 4 Racing, earning a whole new following with his expertise, humour, honesty and a strong line in self-deprecation.

The man his co-presenter John McCririck always referred to as “greatest jockey” has stepped aside for Sir Anthony McCoy as president of the Injured Jockeys Fund, but remains a vice-patron and continues to work to raise both awareness and funds for the charity.

Newbury and the Ladbrokes Winter Carnival meeting will always have a special place in Francome’s heart, both as his local racecourse and for the many big wins he enjoyed at the track for Winter and other trainers.

Newbury Racecourse caught up with Francome ahead of next week’s big meeting to talk about ‘his’ race and what Newbury and the Ladbrokes Winter Carnival meeting means to him. 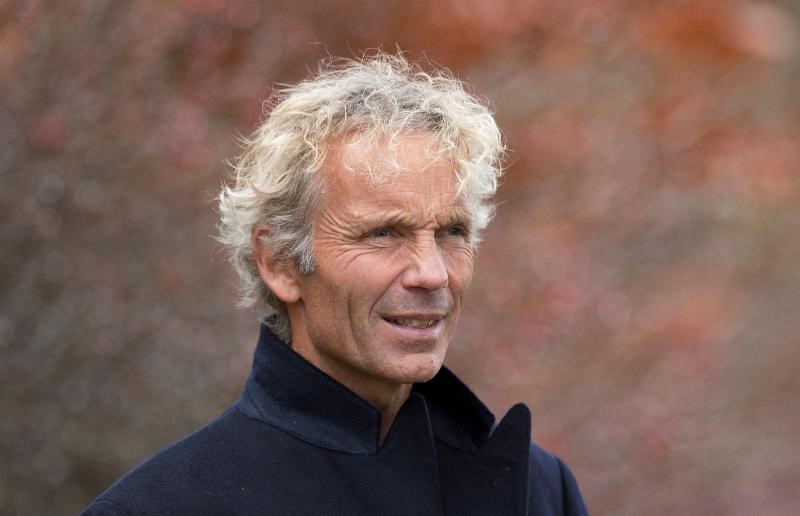 You’ve said before that Newbury is your favourite racecourse, so can you tell us exactly why it’s a special place for you?

Newbury is a big part of my life, not only because it’s close by, which is important to me, but also because I just used to love riding round there.

At Cheltenham you could ride a good horse and still get into trouble and very often the best horse doesn’t win. At Newbury, unless you ride an absolute stinker, you turn into the straight and you’ve still got four and a half furlongs to sort yourself out and get the job done.

There’s lots of room for a jockey too. I used to go around the inside all the time because that’s how Fred Winter liked his horses ridden. After all, it is the shortest way around. But I used to hate getting stuck behind and always thought it a bit unfair if a horse couldn’t get a good sight of its hurdle.

Loads of lads think they’re going around the inside and leave three-quarters of a hurdle wide open. If you were on one that needed a bit of daylight, and sometimes in winter the ground could get pretty cut up, you could pull wide to the outside and I guarantee you’d get a nice bit of ground down the back straight.

This meeting is one of those times when Newbury is absolutely packed. Everyone wants to be there and there’s a great atmosphere and the big race is the first big staying test of the season.

You won the Ladbrokes Trophy twice when it was known as the Hennessy Cognac Gold Cup, aboard Brown Chamberlin in 1983 and then the following year for Jenny Pitman on Burrough Hill Lad. What did those victories mean to you?

In some ways, they were similar horses. They were two horses that were a class apart from the rest of their fields. Both had top-weight, both of them had relatively limited experience over fences.

Brown Chamberlin always used to jump a little bit right-handed, which wasn’t ever going to be ideal at Newbury, but Mrs Samuel who owned him was a big patron of ours and said ‘Well, let him take his chance, even though it’s probably the wrong way around’.

Brown Chamberlin in many ways had a little bit more class about him and probably a little bit more speed and when he won it was Fred Winter’s first victory in the race after he had been trying for a number of years.

Did the fact that you had begun your career with Fred Winter mean that win was particularly special?

Fred was an immensely popular guy. He’s still the only person to have won the Champion Hurdle, the Gold Cup and the Grand National as both a jockey and a trainer.

He was really popular and this was a race he’d had the favourite in plenty of times without success so I think people were a lot more pleased about him having the winner than they were for me.

Fred was a tremendously loyal man. There isn’t always a great deal of loyalty in this game but Fred’s policy was that if you got on a horse, you stayed on it unless you made an absolute cock-up. I’ll always be grateful to him for giving me a chance. When I look back, I sometimes think I was just dead lucky to make it. Skill will get you a long way, but luck plays a massive part.

And Burrough Hill Lad? When he won, they said he was the best horse since Arkle to even run in the race.

Undoubtedly, he would be one of the best horses I have ever ridden. He was so strong. I used to say you could have attached a cart to him and he’d still have won the Hennessy that day.

He was every bit as good as Denman (dual winner of the race in 2007 and 2009). Burrough Hill Lad was right up to his size, scope and weight. He was a huge horse.

In his early days, Burrough Hill Lad wasn’t a very good jumper, but he ran in the Welsh National the previous season with 10st 6lb, he must have been an absolute good thing. I put up three pounds overweight, but I could probably have put up a couple of stone. As his confidence improved, so did his jumping and he was very slick when we won the Hennessy. Do you ever look back on the video replays of your big victories, like those two?

One day I might sit down when I’ve got nothing else to do, but I’m just too busy now. I’m a full-time gardener, dogsbody, builder, maintenance man at the Beechdown stables I own where Clive Cox trains and I ride out every day for Clive. I also help to try and raise money for the excellent work done by the Injured Jockeys Fund.

How do you feel about being recognised by having a big race named in your honour?

My first thought was that these honours are normally given to people who have died and that I hoped they didn’t know more than me. My second thought was ‘Oh no, they’re going to make me do some work’!

Of course, it’s an honour, it’s a race that has thrown up loads of good horses and it will be a surprise if it doesn’t continue to do so. So, I was honestly chuffed. It’s a bit like the Ladbrokes Trophy in that the number of good horses that have come out of the race is unbelievable.

This is a meeting that means a lot to people. It comes at just the right point of the season, when trainers have had just enough to get a prep-race in if they want to, and there will be a lot of good horses in action over the two days, so I’m looking forward to it.