Newbury Racecourse played host to a fabulous display of poppies and World War One inspired art from local schools on Saturday 22 October as part of Worthington’s Armed Forces Raceday. As well as eight thrilling races on track the day featured the launch of the Royal British Legion Poppy Appeal for Berkshire and the Vale of White Horse.

In advance of the event, Newbury asked local primary and secondary schools to produce their own poppies and other art inspired by the Royal British Legion, in honour of the launch.

The response was tremendous, with over 180 canvases provided by The Downs School near East Ilsley and Down House School near Cold Ash, with 13 local primary schools and nurseries making over 1500 poppies. The art and poppies were displayed for racegoers to enjoy throughout the afternoon. 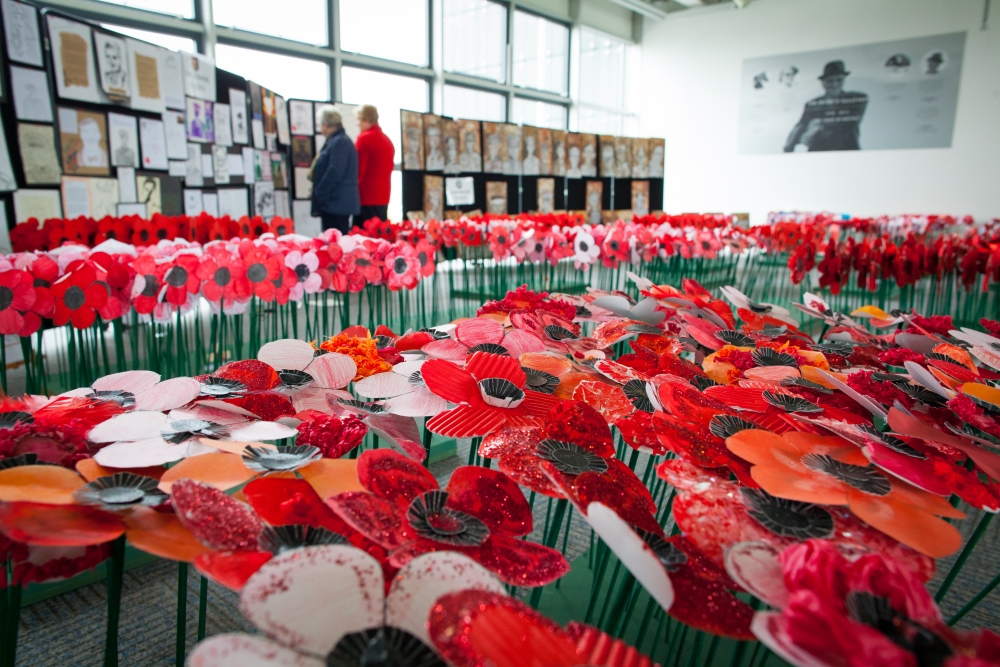 The day raised nearly £7,000 for the Royal British Legion Poppy Appeal, which provides lifelong support for members of the armed forces and their families.

Andy Clifton, Head of Communications at Newbury Racecourse, said: “We launched the poppy initiative with local primary schools last year and got a great response, and this year included secondary schools too. Some of the work produced by the pupils was outstanding.

“It added greatly to the day, which was a fitting end to a fantastic 2016 Flat season at Newbury, with some great racing and plenty of money raised for the Royal British Legion.”