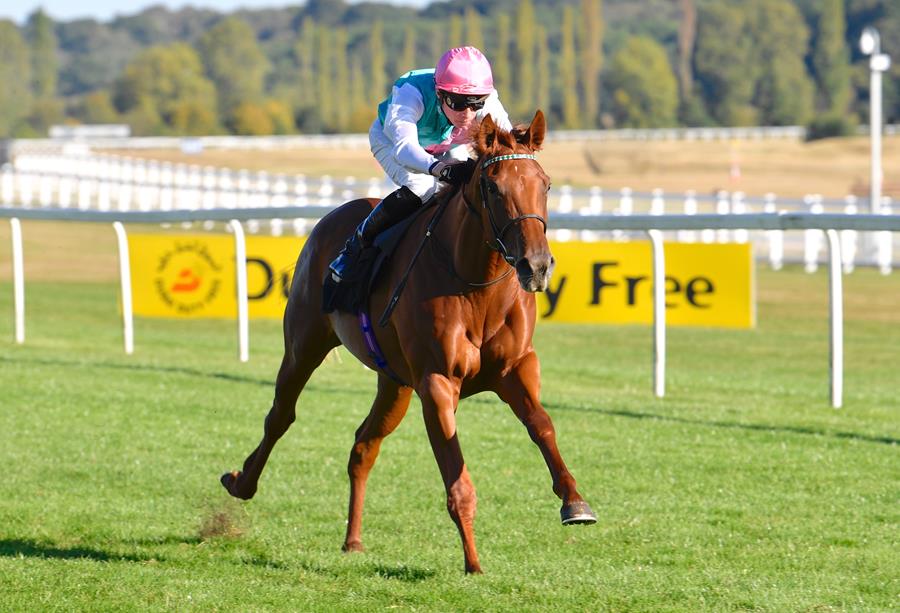 Wide margin victories by two-year-olds are in vogue after filly Quadrilateral, ridden by Newbury Racecourse ambassador Jason Watson, took the Dubai Duty Free Full Of Surprises British EBF Fillies’ Conditions Stakes by nine lengths, after which she was promoted to the head of the betting for next year’s 1,000 Guineas.

Next year’s 2,000 Guineas favourite Pinatubo won by nine lengths on Sunday, and the he daughter of Frankel, trained by Roger Charlton, performed a similar feat when pulling right away from Kalsara and favourite Melnikova to register her second win at Newbury Racecourse. She is now 12-1 favourite with Ladbrokes for next year’s fillies’ Classic.

“You don’t see many horses win by nine lengths,” said Charlton, who together with Watson earlier landed the second division of two-year-old maiden with Smokey Bear.

“I hoped she would win. Her work has been very good and she has matured a lot. When she came here and won before she did it on her ability. She wasn’t fully fit and she wasn’t that experienced so we knew there was better to come.

“She ought to run again as it’s important to get black type. She is in the Prix Marcel Boussac; she is not in the Fillies’ Mile but she could be if supplemented.” 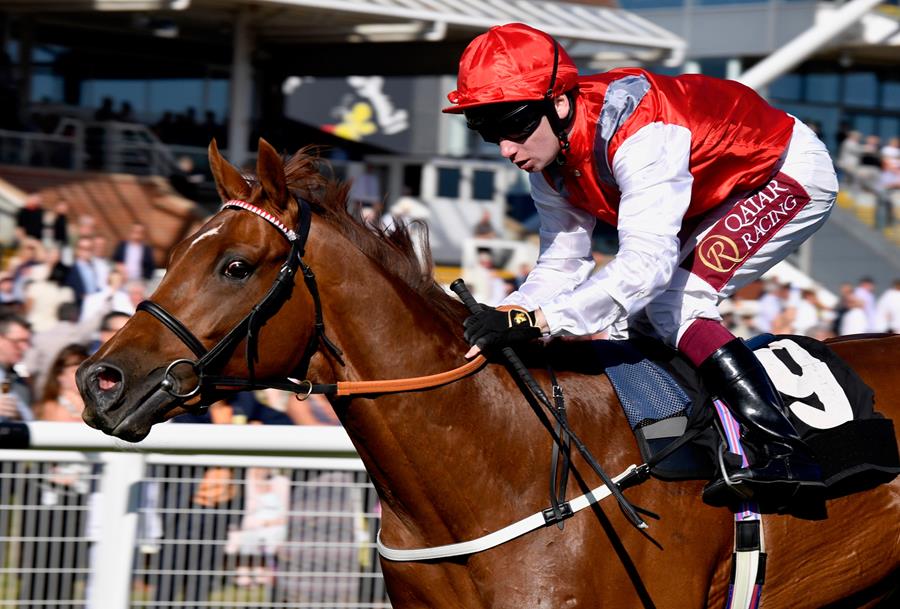 Alan King, who enjoyed one of his biggest days over jumps at Newbury when saddling Smad Place to win the 2014 Ladbrokes Trophy, could look forward to having his first runner in a Group 1 on the flat after Tritonic captured the 39th running of the Haynes, Hanson & Clark Stakes on Friday.

While the jumps remains King’s primary source of success, operating a small Flat string has proved rewarding for the Barbury Castle trainer who relished Tritonic’s victory over Man Of The Night and the odds-on Cape Palace to land a race renowned as a breeding ground of future Derby winners.

Tritonic, owned by well known jumps owner Max McNeill with Ian Dale, stayed on strongly under Oisin Murphy to win by a length and a half and could now take up his entry in the Group 1 Vertem Futurity Trophy at Doncaster, which 2007 Derby winner Authorized captured after finishing third in the Haynes, Hanson & Clark.

“I’m actually a bit shocked, but we’ve always loved him,” said King. “He won well at Ffos Las but the form hasn’t worked out. I hoped I wasn’t going to be embarrassed by running him in this. He has won with his ears pricked.

“We probably haven’t had a two-year-old quite like this before so it’s exciting. I told Oisin he had one flash entry in the Vertem Futurity and he said that’s his race if we want to run him again. Probably if he runs again that would be it.

“I don’t think I’ve had a runner in a Group 1 on the Flat before so this is lovely. We have been working on this for quite some time buying at the breeze-ups. I have 14 two-year-olds and we keep building away, but don’t worry, I’m still a jumps trainer.” 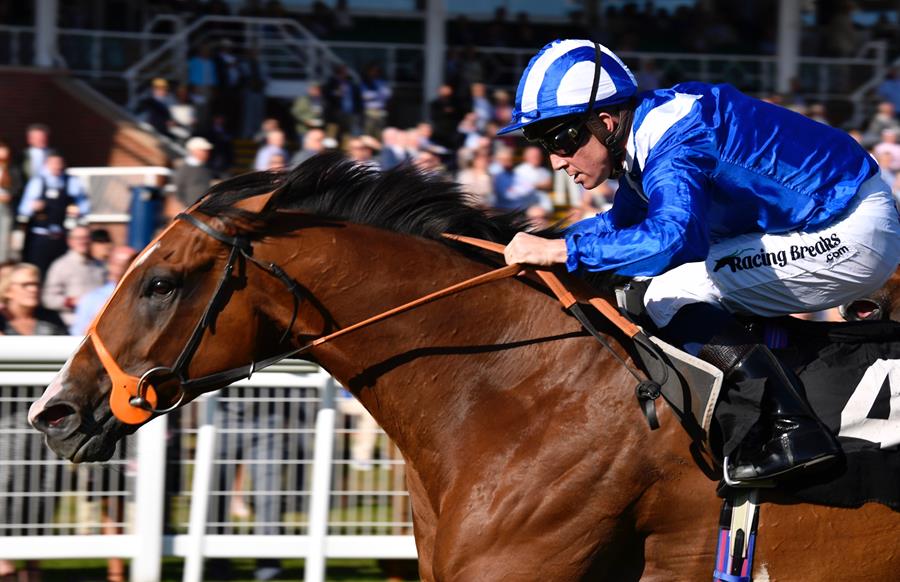 Richard Hannon, whose prolific form this season at Newbury has included a five-timer in August, registered three wins this time, the highlight coming from a second win in the Listed Dubai Duty Free Cup for Tabarrak.

“He deserved that,” said Hannon. “I think there is a Group 3 in him. He’s been lightly raced this year. He is three for three now at Newbury. He won his maiden here four years ago and this race in 2017. He is just coming good now and is almost remote control.”

Tabarrak took Hannon’s score at Newbury to 14 for the season after earlier wins for Theotherside, owned by West Brom striker Charlie Austin, in division one of the British Stallion Studs EBF Maiden Stakes and Separate in the Dubai Duty Free Nursery in the Mums Tipple colours. 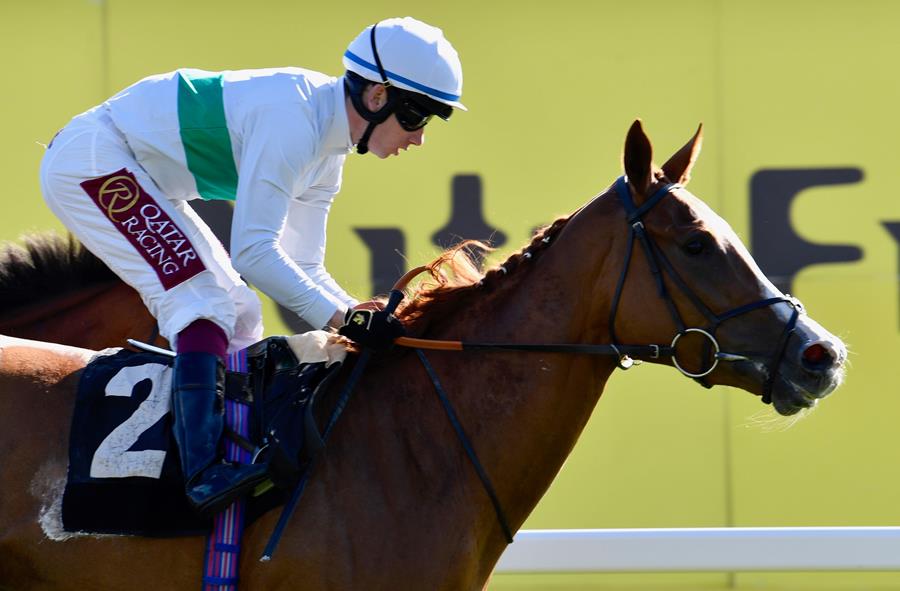 Champion jockey elect Oisin Murphy rode his 150th win of the Flat Jockeys Championship on the Andrew Balding-trained Shailene in the Dubai Duty Free Handicap. He is now four short of his double century for 2019.