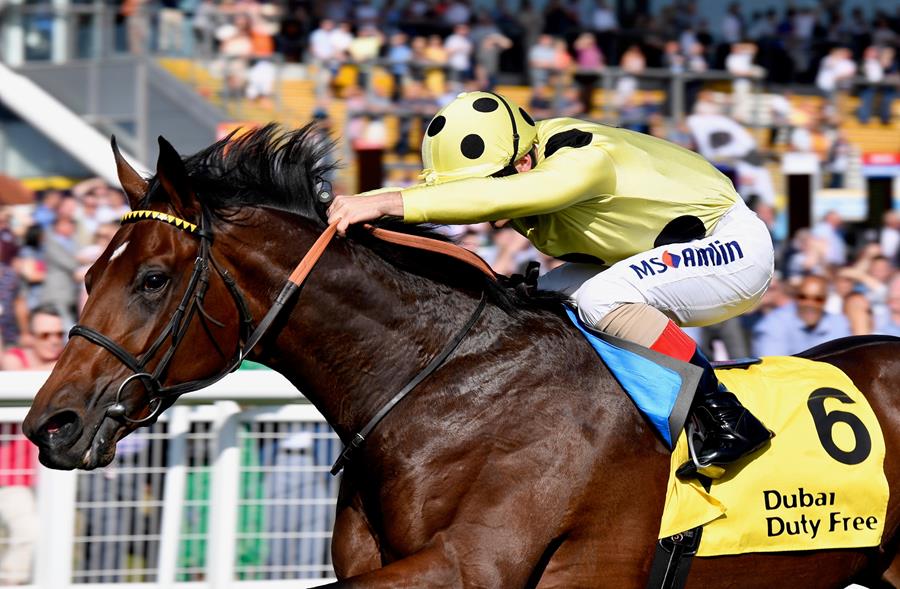 Pierre Lapin took a decisive stride into the footsteps of his champion sprinter half-brother Harry Angel when he overcame a four month absence to land the Dubai Duty Free Mill Reef Stakes at Newbury on Saturday.

On only his second racecourse start the Roger Varian-trained colt captured the same Group 2 prize Harry Angel claimed in 2016, before going on to head Europe’s sprint rankings the following year, in clearcut fashion over Mystery Power and Shadn.

Varian, who trains Pierre Lapin for main owner Sheikh Mohammed Obaid Al Maktoum, said: “We thought he was a nice horse when he won at Haydock in May and the first impression was that we’ve got a Coventry horse on our hands but he fell away a bit physically and he didn’t look ready for Ascot.

“It has taken an age to get him back to where I was happy enough to run him. I would have loved to have run him a few weeks ago to see if he was a Middle Park horse but I didn’t have him where I wanted him. He’s only come good at home in the last two or three weeks.

“I’m delighted to see him win like that and I’d like to thank the owner Sheikh Mohammed Obaid for his patience as he’s had to wait a long time for him to reappear.

“I think this horse needs to furnish a bit, he’s not the finished article yet. He’s a horse for next year and I think he is a six furlong horse. When he’s a stronger horse, he’ll be a faster horse.” 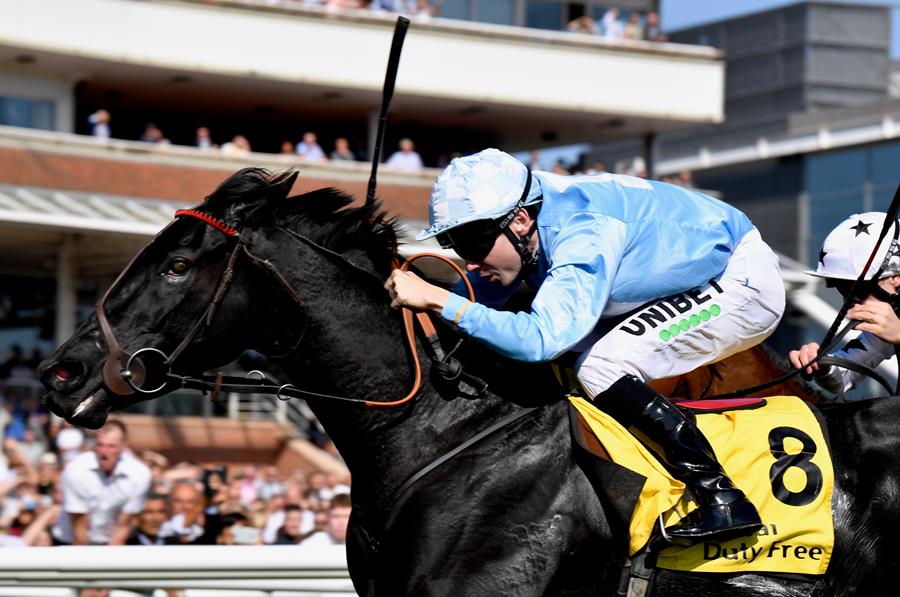 Maid In India, one of only 14 trained near Preston by Eric Alston, gave the handler his first Group victory for three years with a game win in the Group 3 Dubai International Airport World Trophy under Jamie Spencer.

The mare, bred and owned by Con Harrington, suffers deteriorating eyesight and is nearly blind in her left eye yet showed little sign of it as she outbattled five-time seeking Dakota Gold by half a length.

Maid In India recorded her last win on heavy going and Alston said: “I was praying for rain to be honest. It’s a stiff track and the ground is never as hard here as other places. If she’d been in the three I would have happy, and now I’m bloody ecstatic.

“We have trouble with her eyes. She is nearly blind in her left eye so she might have to have that out. It’s a disease that is unusual in racehorses but quite common in warmbloods. She has had it for two years and has been coping with it. She has two lots of eye drops. It’s in both eyes but the vision in her left eye is nearly gone.

“If she can cope with one eye and we can keep the other one good she could race on. Today is fantastic.” 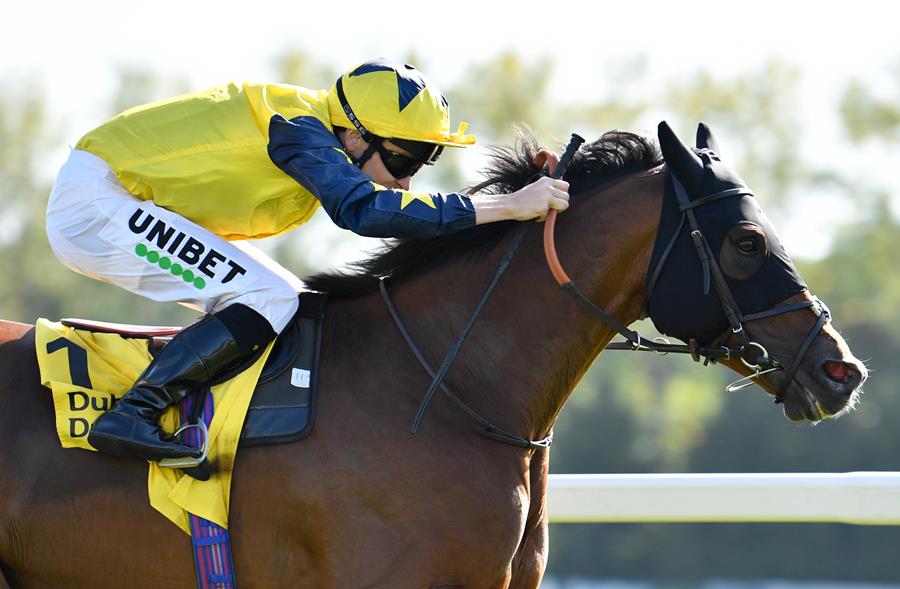 Desert Encounter will head to Canada next month to try to win a second Canadian International after completing a Group 3 hat-trick in the Dubai Duty Free Legacy Cup, giving Spencer a Group race double on the day.

“We came here knowing he would be a little bit better for the run so this was perfect,” said trainer David Simcock. “He flies to Toronto two weeks today. He will have a live chance whatever.”

Spencer won the Irish 2,000 Guineas on Phoenix Of Spain in May and has enjoyed a rewarding summer.

“Jamie is a very important part of the team,” said Simcock. “I think he is hungrier and busier than he’s ever been and probably riding as well as he’s ever done.” 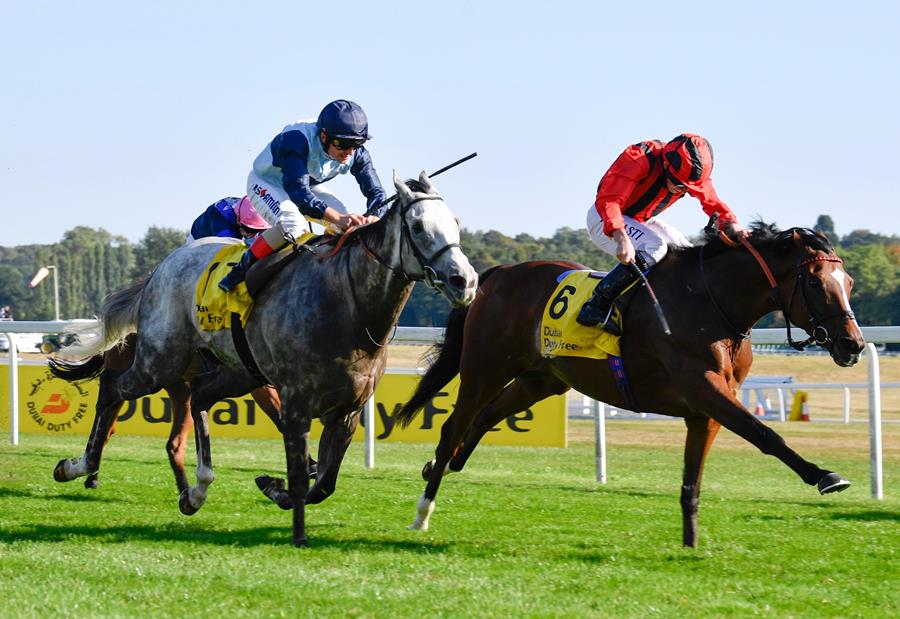 Caradoc bagged his third win of the year and his most valuable one yet when denying Great Example and Gibbs Hill to take the £70,000 Dubai Duty Free Handicap for Lambourn trainer Ed Walker.

“It’s nice to get redemption after his last run at York where things didn’t pan out,” said Walker. “He was always reeling them in but never quite getting there. Today Ryan Moore’s body language was always confident. He’s a top of the ground horse. I think he could get better next year.” 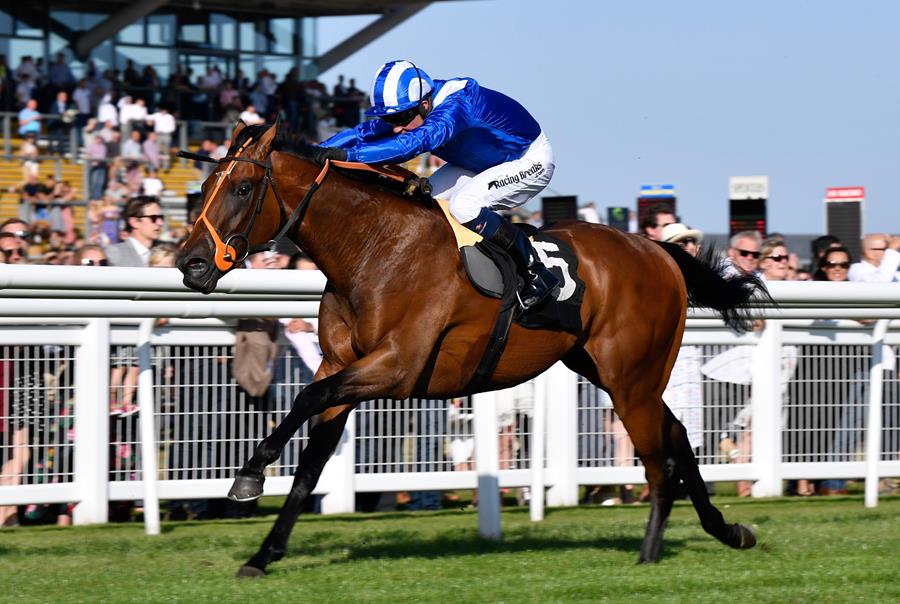 Brian Meehan will consider the Molson Coors Horris Hill Stakes at Newbury on October 26 for Kingman colt Raaeq after he got off the mark with victory in division two of the SIS Family Fun Day EBF Novice Stakes. Division One went to the John Gosden-trained Cherokee Trail. 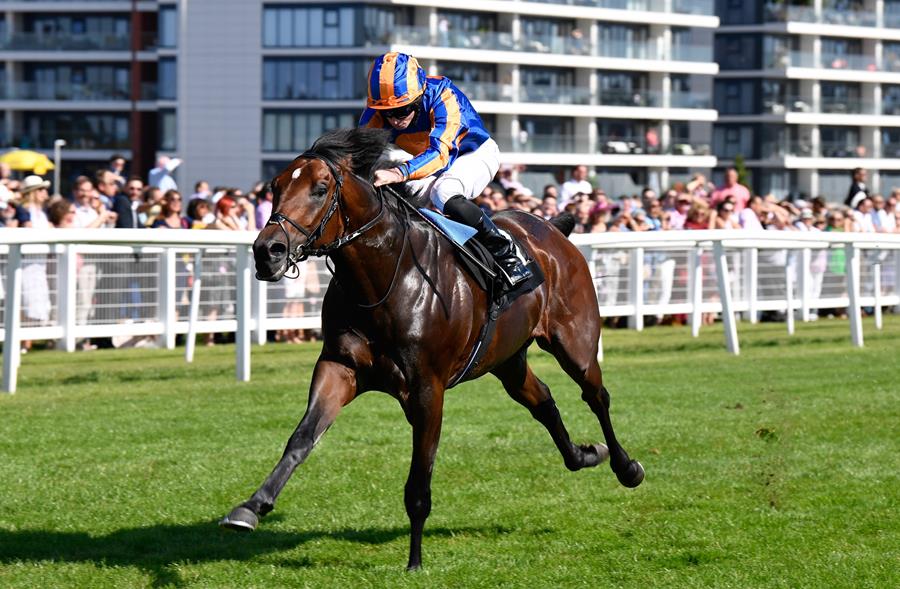