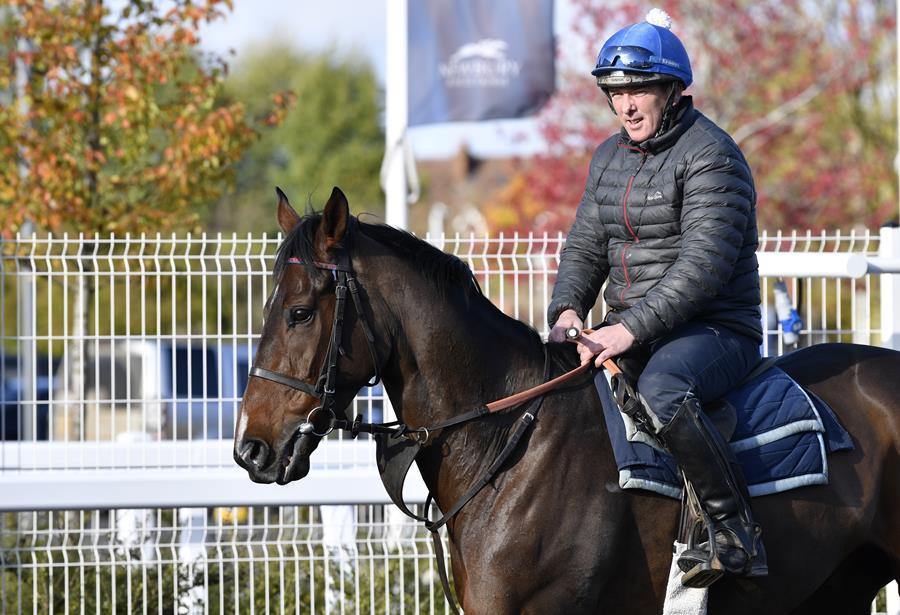 Owner of champion staying hurdler could have two runners in £250,000 Ladbrokes Trophy, as well as Paisley Park in Ladbrokes Long Distance Hurdle, as 44 horses remain

Paisley Park owner Andrew Gemmell has three reasons to look forward to the Ladbrokes Winter Carnival at Newbury which could not only feature the eagerly awaited return of his champion staying hurdler but also two of his horses in the £250,000 Ladbrokes Trophy.

Gemmell, the blind owner of Paisley Park, has a stake in the Paul Nolan-trained Discorama, with Thomas Friel, and is a member of the Makin’ Bacon Partnership which races De Rasher Counter, a stablemate of Paisley Park.

Both chasers feature among 44 horses that remain in the Ladbrokes Trophy, the historic chase which is the feature event of the two day Ladbrokes Winter Carnival, staged at Newbury on November 29 and 30, after yesterday’s scratching stage.

Total Recall, winner of the Ladbrokes Trophy in 2017, is one of the high profile scratchings, along with Rathvinden, Real Steel, Ballyoptic, Voix du Reve and Acapella Bourgeois. Willie Mullins still has three horses in the race, Cabaret Queen, Pleasant Company and Yorkhill.

Gemmell, who has been blind since birth, was at the centre of one of the most popular success stories of the last jumps season when Paisley Park completed an unbeaten campaign to lift the Sun Racing Stayers’ Hurdle at the Cheltenham Festival.

Emma Lavelle’s stable star, who galloped at Newbury last week, is set to reappear in the Ladbrokes Long Distance Hurdle at Newbury on November 29.

Gemmell is fresh back from Australia where he enjoyed more big race success through an involvement in True Self, the Willie Mullins-trained mare who won the Group 3 Queen Elizabeth Stakes at Flemington on Saturday.

“It’s been an amazing time,” said Gemmell. “It’s been incredibly exciting and for me it’s been wild, it’s been really good.

“I’ve had very encouraging reports about Paisley Park from Emma. We’ve already mapped out his programme. He was always going to start at Newbury, go on to Ascot and then hopefully Cheltenham, and then we intend to go to Punchestown, as we are starting a month later than we did last year.

“I hope success continues this season for Paisley Park. I’d like to see him carry on. There is no reason why he can’t.

“We have a nice new horse with Emma called Hang In There who is going to run at Cheltenham on Sunday. Paisley Park, Discorama and De Rasher Counter are three that I am pinning all my hopes on this year, particularly Paisley Park.”

Last term Discorama was beaten half a length in the National Hunt Chase, finished second in a Grade 1 novice chase at Punchestown and filled the same place on his seasonal return at Wexford behind another Ladbrokes Trophy entry Champagne Classic.

Gemmell said: “Discorama has another possible option and may go to the Troytown Chase at Navan. We are playing a waiting game with him due to the weather.

“He ran a very good race on his first run back behind Champagne Classic. The other horse had already run. We do need quite a lot of rain for him to come to Newbury, but De Rasher Counter will certainly be there.

“We always planned to go to the Ladbrokes Trophy with De Rasher Counter. He had a prep race at Uttoxeter over hurdles to tune him up and he seems to be in good order.”