The Betfair Hurdle has attracted a tremendous entry of 75 for its 2016 renewal at Newbury on Saturday, February 13 – Betfair Super Saturday. This is the joint-highest number of entries since 2001 and well up on the 65 received last year.

The Grade Three handicap, run over an extended two miles, is Britain’s richest handicap hurdle with £155,000 in prize money and was first staged in 1963.

Britain’s champion Jump trainer Paul Nicholls was successful in the 2012 Betfair Hurdle with Zarkandar and has six entries this time around, headed by Betfair’s 12/1 favourite Modus. The six-year-old, owned by J P McManus, was twice placed in Grade One bumpers last season and has scored on two of his three starts over hurdles so far, including a novice event at Newbury on November 17 (pictured below).

Nicholls’ other entries include Grade One Anniversary Hurdle victor All Yours (16/1)and exciting novice Le Prezien (16/1). Owned by the Million In Mind Partnership, Le Prezien was a hugely-impressive 19-length winner at Doncaster on January 8.  Nicholls’ remaining entries are Some Plan (20/1), Monsieur Gibraltar (33/1) and Emerging Talent (16/1), an eye-catching scorer at Exeter on New Year’s Day.

Lambourn-based Nicky Henderson is the most successful trainer of all-time in the Betfair Hurdle, having landed the valuable prize five times, most recently with My Tent Or Yours in 2013. The Seven Barrows handler has four entries this year, headed by last season’s Grade One Triumph Hurdle hero and likely top-weight Peace And Co (14/1 with Betfair). The five-year-old lost his unbeaten record when disappointing in the Grade Two International Hurdle at Cheltenham last month and Henderson recently revealed he is considering whether to keep Peace And Co in conditions’ company or go for the Betfair Hurdle.

Henderson’s other entries are Listed scorer Sign Of A Victory (16/1), Day Of Heaven (20/1), successful in a Grade Two novices’ contest at Kempton in February, and Cardinal Walter (20/1), a useful handicapper on the Flat who scored twice over hurdles last season.

Another Lambourn trainer to have tasted Betfair Hurdle success is Oliver Sherwood, who saddled Large Action to take the spoils in 1994. The master of Rhonehurst Stable has one entry this year with Rayvin Black (33/1). The seven-year-old is at home on very soft ground, scoring on his latest start in a two-mile handicap hurdle at Sandown on January 2, a race he was winning for the second year in succession.

Another chance of local success in the Betfair Hurdle comes from Royal Guardsman (33/1), trained at Eastbury by Ali Stronge. The nine-year-old was a game all-the-way winner of a handicap hurdle over just short of two miles and three furlongs at Newbury on Hennessy Gold Cup Day, November 28. This was Royal Guardsman’s second Newbury success, as he also landed an extended two-mile handicap hurdle at the course on February 28. He is currently rated 132 – the same rating from which Violet Dancer won the Betfair Hurdle in 2015. 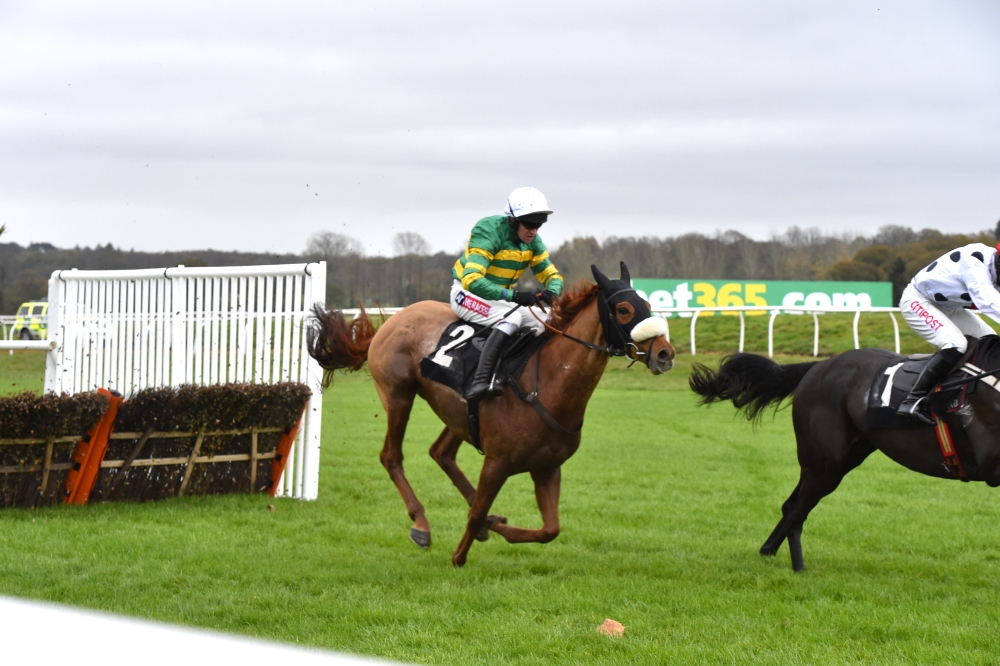 The trainer’s husband Sam Stronge commented: “We had to make the decision to enter Royal Guardsman in the Betfair Hurdle and will just play things by ear at the moment, as he will be towards the bottom of the weights off his current rating.

“Obviously, it is some time until the Betfair Hurdle but he does love soft and heavy ground and is a course and distance winner so that is why we decided to give him an entry. As things stand, he would probably take his chance.

“He has an entry at Wetherby this Saturday, but I think it is unlikely he will go there. There is an open handicap at Ascot on January 23 over two miles and three furlongs, which he also has an entry for. There are not a huge amount of options between now and Newbury.

“When you look at the last couple of years, he should get in the race and hopefully the ground should suit.

“I am not quite sure why, but when the ground is on the soft side it seems to suit front runners at Newbury, as happened in this race last year with Violet Dancer.”

Sparsholt-based Harry Whittington has enjoyed a superb season so far, with a strike rate of 30% and has an interesting contender in French import Affaire D’Honneur, (33/1) who finished second on his British debut in a competitive handicap hurdle at Kempton on December 27.

A trainer with a fine record in the Betfair Hurdle is Gary Moore, who has landed the prize three times, most recently with Violet Dancer last year. The Sussex handler has three entries this time – Ubak (20/1), a Grade Two scorer at Aintree in 2013, useful mare Flute Bowl (25/1) and novice Clayton (66/1).

There is a significant Irish-trained entry of 23 for the 2016 Betfair Hurdle, way up on the 11 such entries received in 2015. Among this powerful contingent are 14 contenders from Ireland’s champion Jump trainer Willie Mullins, headed by Kakir (14/1), a very smart juvenile last season who has not been seen out since disappointing in the Triumph Hurdle in March. Mullins’ entries also include smart French import Bamako Moriviere (16/1), Ladbroke Hurdle third Renneti (16/1) and the Grade One-winning mare Petite Parisienne (20/1).

Also featuring among the Irish-trained entries are De Name Escapes Me (16/1, Noel Meade), a very easy winner last time out at Fairyhouse, and Desoto County (16/1, Gordon Elliott), who made a winning debut for his current trainer at Thurles last month.

Betfair spokesman Barry Orr commented today: “As you would expect for the prize money on offer, it is an extremely strong list of entries for the Betfair Hurdle.

“With Paul Nicholls, Willie Mullins and Nicky Henderson-trained horses heading the market, it is a competitive affair and 12/1 the field is indicative of that.”

Weights for the Betfair Hurdle will be revealed on Wednesday, January 20. The maximum field size for the race is 24.