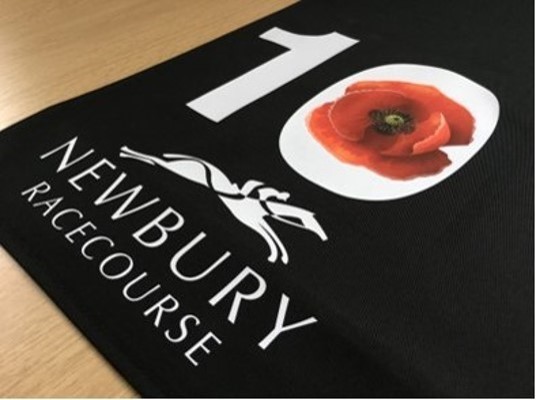 Caption: All runners on Saturday 28 October carrying the Number 10 will wear specially designed number cloths in honour of the 10th anniversary of Armed Forces Raceday

To mark the 10th anniversary of Worthington’s Armed Forces Raceday on Saturday 28 October, all runners carrying the Number 10 will wear specially designed number cloths for the seven-race card. A great day out for all the family, Newbury Racecourse will also welcome members of the Armed Forces and Royal British Legion for its final Flat meeting of the season, which also plays host to the launch of the 2017 Poppy Appeal for Berkshire and Vale of White Horse.

In addition to a brilliant seven-race card, a whole variety of military-themed entertainment will be on offer for racegoers to enjoy, along with the ceremonial Poppy presentation which takes place before racing. This year the poppy will be delivered by the Royal British Legion’s Parachute Display Team accompanied by military band, the Waterloo Band and Bugles of the Rifles who will be playing during the afternoon before leading a sing-along after the final race outside the Weighing Room.

A fun-packed afternoon for all the family, a variety of static displays including a PUMA helicopter from RAF Benson along with vintage military vehicles accompanied by volunteers from the Homefront will form some of the main attractions of the afternoon. Racegoers are also encouraged to pay a visit to Newbury’s very own ‘Poppy Field’ which will be located inside the main Grandstand where local primary and secondary schools have created free-standing poppies in honour of all those who fell during the first and second world war. 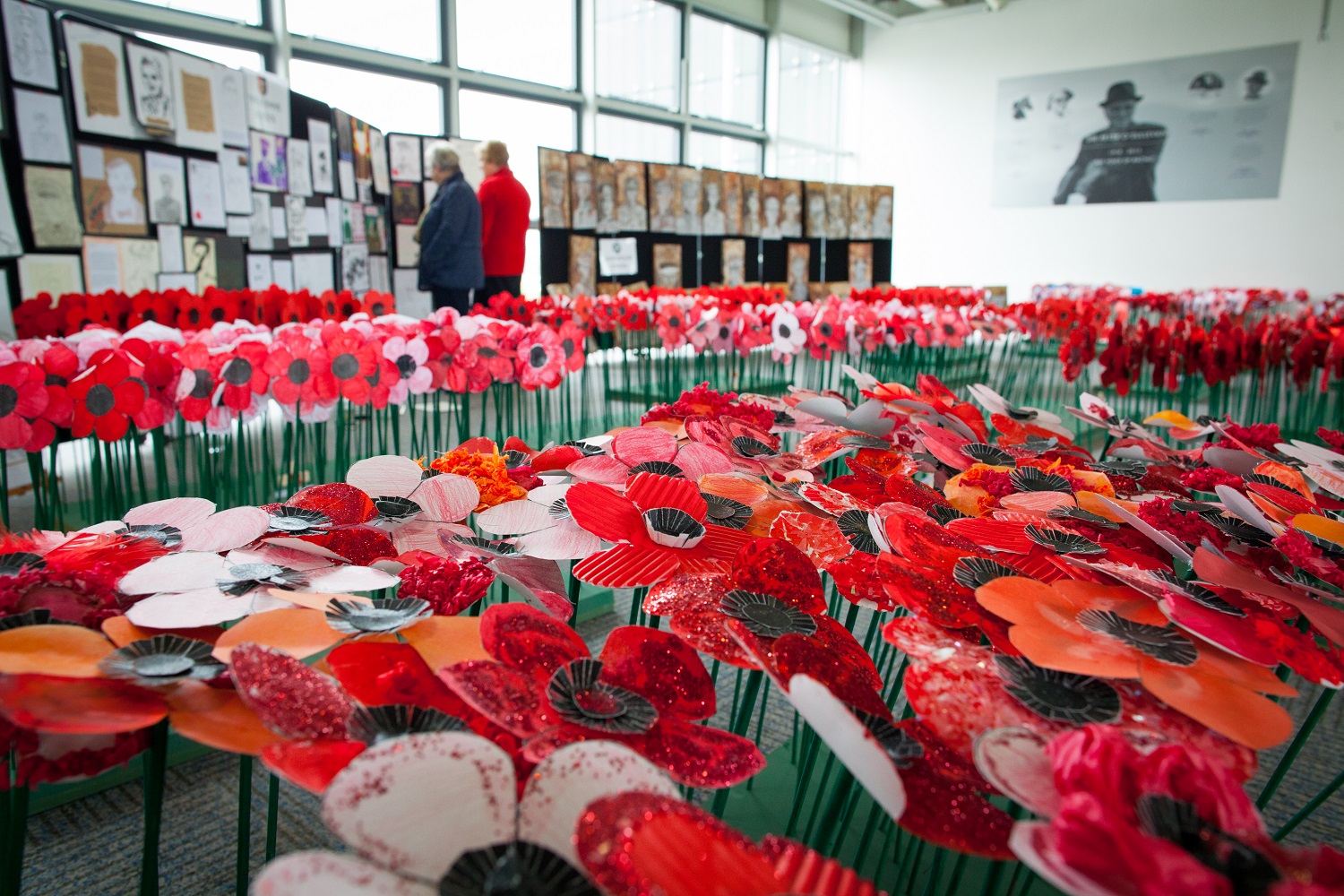 Caption: Newbury’s ‘Poppy field’ will be on display in the Dubai Duty Free Grandstand

Julian Thick, Chief Executive for Newbury Racecourse commented: “Armed Forces Raceday is a brilliant finale to the flat season which has now been going for ten years. In partnership with the Royal British Legion, the day both honours the efforts of our Armed Forces personnel but is a fantastic day out for all the family with plenty to see. Our thanks extend to sponsors Worthington’s who have supported this day since 2011 along with Bathwick Tyres.”

David Drew on behalf of the Royal British Legion added: “Our association with Newbury Racecourse first started in 2008. Since then we have seen this day grow significantly in popularity amongst our own members but also with non-serving members of the public. We have worked hard to broaden its appeal and now have historic displays on offer for all ages including our very own ‘Poppy Field’ and art exhibition where local schools have been able to get involved.”

The highlights of the thrilling seven-race programme are the £60,000 G3 Worthington’s ‘Indigo Leisure’ Stakes (2.15pm, 15 entries) over a mile and a half for three-year-olds and upwards, and the £40,000 G3 Bathwick Tyres Stakes (2.50pm, 13 entries) over seven furlongs for two-year-olds.