Newbury Racecourse today announced that the 60th Hennessy Gold Cup, won in such memorable style by Native River, will be the last running of the historic race under the backing of Hennessy.

The first three Hennessy Gold Cups took place at Cheltenham, from 1957 to 1959, with the initial contest won by the legendary Mandarin, owned by Peggy Hennessy, a member of the Hennessy family. From 1960 onwards, the race has taken place every year at Newbury and has established itself as one of the most valuable, significant and popular events in the steeplechasing programme.

Confirming the news, Dominic Burke, Chairman of Newbury Racecourse said: “For anyone with even a passing interest in Jump racing, The Hennessy Gold Cup has been a race that has captured the imagination. It has helped to identify future stars, confirmed existing champions and produced as much emotion and excitement as almost any other race in the calendar. 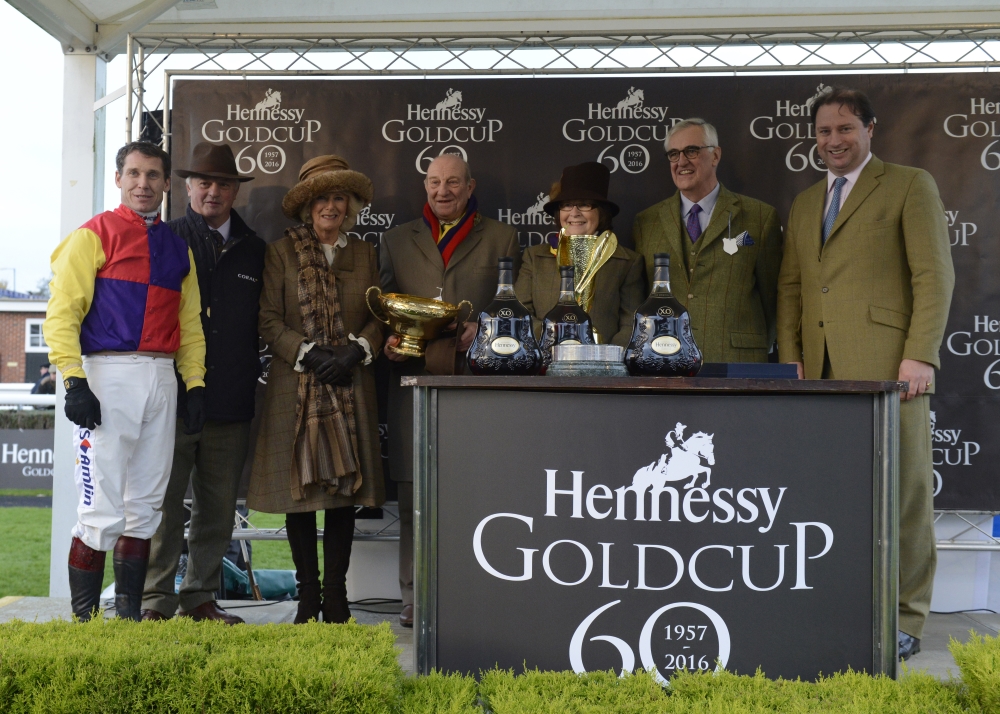 “We are enormously grateful to several generations of the Hennessy family and the company’s management team for their wonderful support of such a special event, but everything comes to an end at some point and it is fitting that the sponsorship is drawing to a close after such a thrilling race to mark the 60th Hennessy Gold Cup as the highlight of two wonderful days of top class Jump racing last month.”

On behalf of Moët Hennessy UK, Managing Director Jo Thornton added: “Hennessy has enjoyed 60 wonderful years of sponsoring The Hennessy Gold Cup. Over the decades, the race has been won by many extraordinary and courageous horses, jockeys and trainers.

“We are enormously grateful to the Directors and team at Newbury Racecourse, who have always delivered racing of the highest quality, at one of the UK’s most iconic racecourses. Hennessy are proud to have worked with Newbury in creating such an important and enjoyable day in the racing calendar. We wish them every continued success.”

Once there is any further significant news regarding sponsorship at this race meeting, Newbury Racecourse will issue another news release.