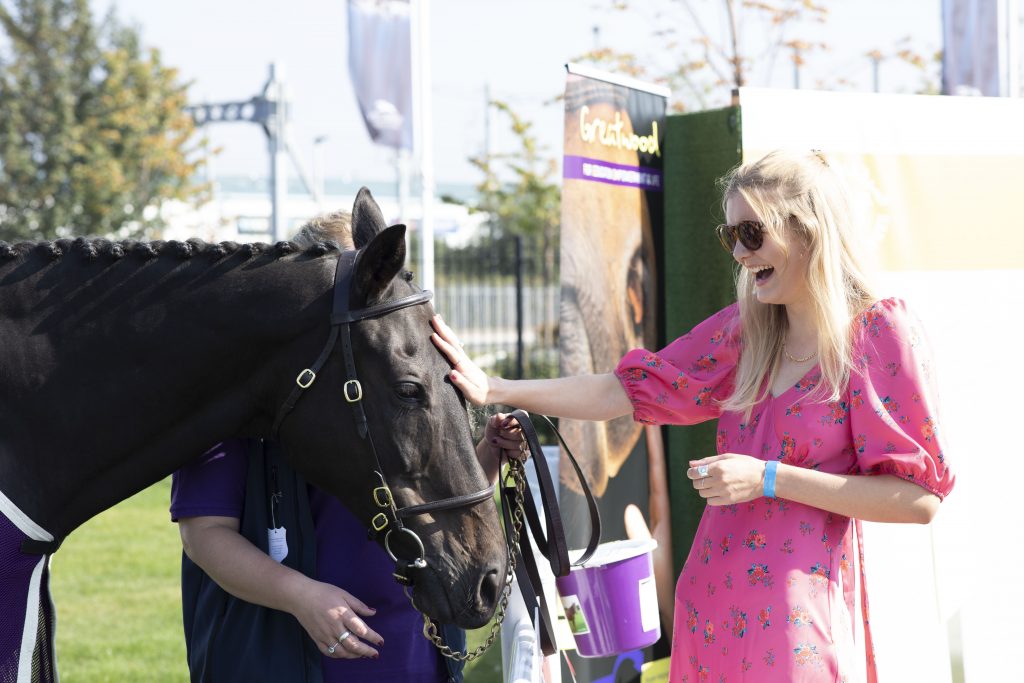 Newbury Racecourse and Greatwood Charity are delighted to announce a new equine ambassador for the racecourse in the form retired racehorse Ouzbeck.  The new partnership not only aims to highlight awareness about the work of the charity, but is also designed to further educate racegoers and the local community about the variety of secondary careers available to racehorses when their racing days are over.

A permanent stable has been installed inside the Eastern Entrance at Newbury as a reminder of the sport’s commitment to racehorse welfare which Ouzbeck and other Greatwood horses will occupy on a number of fixtures and events over the course of the year.

Part of the new arrangement will also see increased opportunities for racegoers as well as the resident community living on site at the racecourse to visit Greatwood (based at Marlborough), see former racehorses close up and witness the relationships that can build between horses and people.

Julian Thick, Chief Executive of Newbury Racecourse said: “Last year Ouzbeck joined us during National Racehorse Week and was an absolute star. Getting the chance to meet a racehorse up close is a huge thrill to many of our visitors young and old. We hope that the partnership with Greatwood helps tell all our racegoers the important story around the life of a racehorse after a racing career as well as raise awareness about the charity and the great work it does. We are also really looking forward to exploring new ways in which we can raise awareness amongst the local community here at Newbury.”

Helen Yeadon, Greatwood Charity added: “We are delighted and honoured to be partnering with Newbury in an official capacity on what is such an important aspect of the racing story. This partnership clearly demonstrates the commitment racing has towards former racehorses. More regular appearances on an official basis from Ouzbeck and his friends similarly allows us to talk specifically about our educational programmes using Animal Assisted Intervention.

“We are also really looking forward to hosting our Greatwood Charity Raceday on Tuesday 9 June and working closely with the team at Newbury to bring this important partnership to life.’’

Racegoers will be able to meet retired racehorse, Ouzbeck and his friend, Lola the Shetland Pony this weekend at Dubai Duty Free Spring Trials across both Saturday 16 April and Sunday 17 April.

Additional days when Ouzbeck will be visiting the racecourse include: