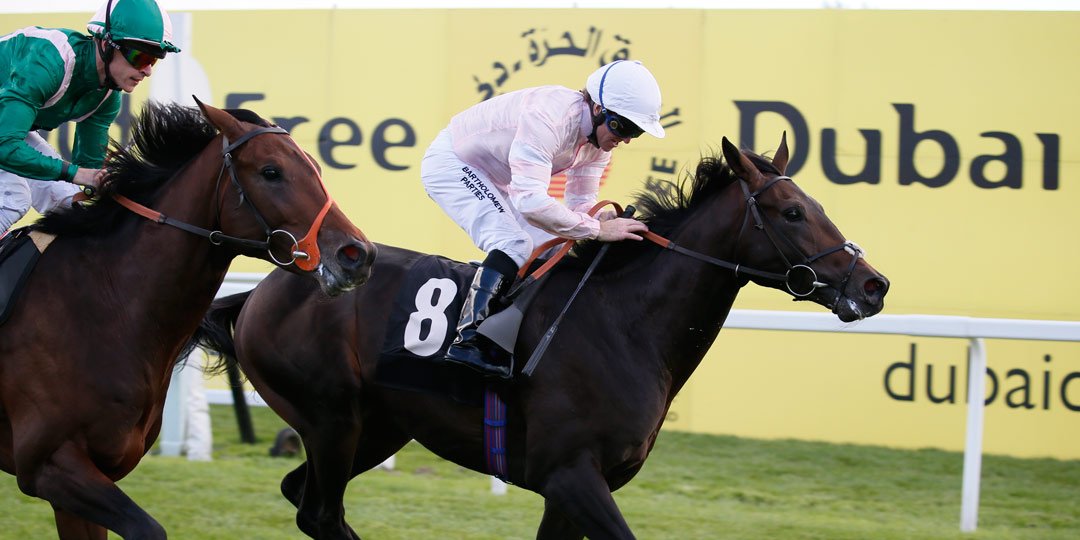 Newbury’s Flat season, in which £3 million of prize money is on offer, starts with the exciting two-day Dubai Duty Free Spring Trials Weekend on Friday, April 21 and Saturday, April 22.

One of the highlights of Friday’s eight-race programme is the £16,000 Dubai Duty Free Golf World Cup Conditions Race (3.05pm, six runners) for three-year-olds.

The 10-furlong contest is usually a good pointer to future stars, with subsequent Group One winners Light Shift (2007), Contributer (2013) and Star Of Seville (2015) successful in recent years.

Star Of Seville’s trainer John Gosden is represented by a pair of Khalid Abdullah homebreds in Shutter Speed (Frankie Dettori) and Enable (William Buick). Both fillies hold Classic entries and were successful on their respective debuts last season, with Shutter Speed getting up late in a mile maiden at Yarmouth and Enable scoring by just under four lengths on the Tapeta at Newcastle.

The three colts in the line-up include Temple Church (Hughie Morrison/Silvestre de Sousa) and Raheen House (Brian Meehan/Jimmy Fortune), who fought out the finish to the mile Haynes, Hanson & Clark Conditions Race at Newbury in September, with Temple Church coming out on top by a neck.

Temple Church, who is entered in the Investec Derby, did not race again last season, while Raheen House subsequently captured a maiden at York and finished fourth behind Rivet in the G1 Racing Post Trophy at Doncaster.

Hughie Morrison, who trains near Newbury at East Ilsley, said today: “Temple Church is there at Newbury to get him straight and learn a few things. It is early days in the season and we just want to get him on the racecourse.

“He has only had two runs and I am not sure he learnt a great deal in either of those. This race looks a good place to start off.

“We were very encouraged by his win in the Haynes, Hanson & Clark. We decided to pull stumps after that but the runner-up has gone on and advertised the form.

“We are keeping our fingers crossed that Temple Church has gone the right way because we are hoping to go for a Derby trial after this. You have got to dream!

“I have a lot of good to soft horses and ideally first time out you don’t want to run them on fast ground. But I think the straight course at Newbury will not be much faster than good, so we can’t complain.”

All eyes will be on Omneeya (Marco Botti/Tom Marquand) in the first division of the Coln Valley Stud Bridget Fillies’ Maiden (5.10pm, nine runners). The Frankel debutant, who carries the colours of Sheikh Mohammed Bin Khalifa Al Maktoum, is from the family of Kingmambo and the great Miesque.

The card has become an eight-race one, with the division of the Coln Valley Stud Bridget Fillies’ Maiden, with the first race at 2pm and the last at 5.40pm.

There is a Beer Festival on both days, featuring 51 ales and 10 ciders.