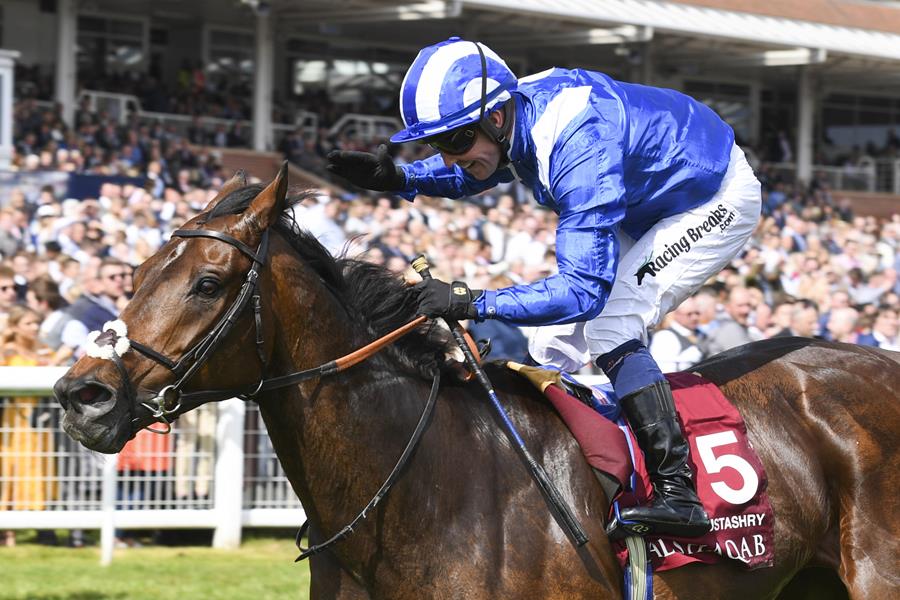 Sir Michael Stoute extended his extraordinary record in the Al Shaqab Lockinge Stakes to eight victories, 33 years after he secured his first, when Mustashry saw off the challenge of superstar filly Laurens to claim a stirring renewal of Newbury’s Flat showpiece on Saturday.

Mustashry pulled two and a half lengths clear of five times Group 1 winner Laurens, ‘the Queen in the north’ who went off 5-1 joint favourite, with last year’s Queen Anne Stakes winner Accidental Agent third, to claim the £350,000 contest for owner Hamdan Al Maktoum. 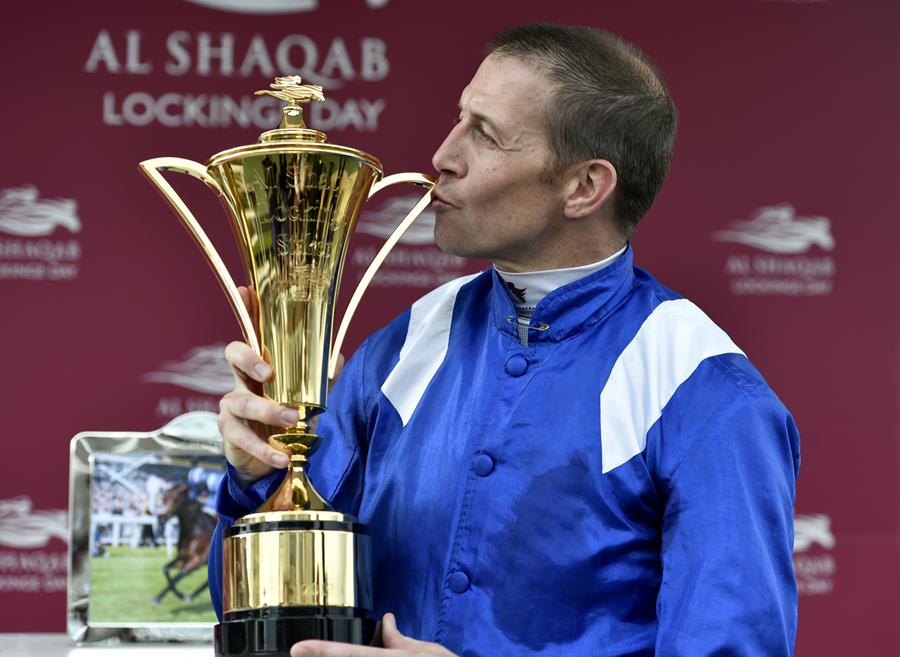 On only his second start in top level company Mustashry became the first six-year-old to win the opening Group 1 race for older horses of the British Flat season since Rakti 14 years ago and earned his trainer a first success for 13 years.

“We knew he was in very good shape,” said Stoute. “He’s had his niggles over his career but I don’t think we’ve had him in better shape than he is here.

“I would think he would go for the Queen Anne but he is a versatile horse. He’s won at a mile and a quarter as well but I think the Queen Anne would be what Sheikh Hamdan would want to go for and would be the right move.”

Jockey Jim Crowley was experiencing his first taste of Lockinge success and said: “He is a really solid horse who has got better every year. He has beaten a good filly in second. He is just a proper horse. He won well today.”

Mustashry was cut to 4-1 favourite from 20-1 for the Queen Anne in which the first three finishers are likely to lock horns again. Both Laurens and Accidental Agentcame into the race without the benefit of a prep run unlike the winner.

Laurens’ trainer Karl Burke said: “She proved there that she is going to be a force in this division. If she can boss it I don’t know, but against fillies you would have to wonder what can beat her. She’s ran a great race and I’m delighted with her.”

Accidental Agent was running on at the finish to get within half a length of Laurensand his Blewbury trainer Eve Johnson Houghton said: “I’ve been saying he needed it but he’s run so well. If he runs like that again he has another Group 1 in him which is so exciting. And he lost a front shoe as well. It’s great to have him back because we had a lot of doubters. He’s our superstar.” 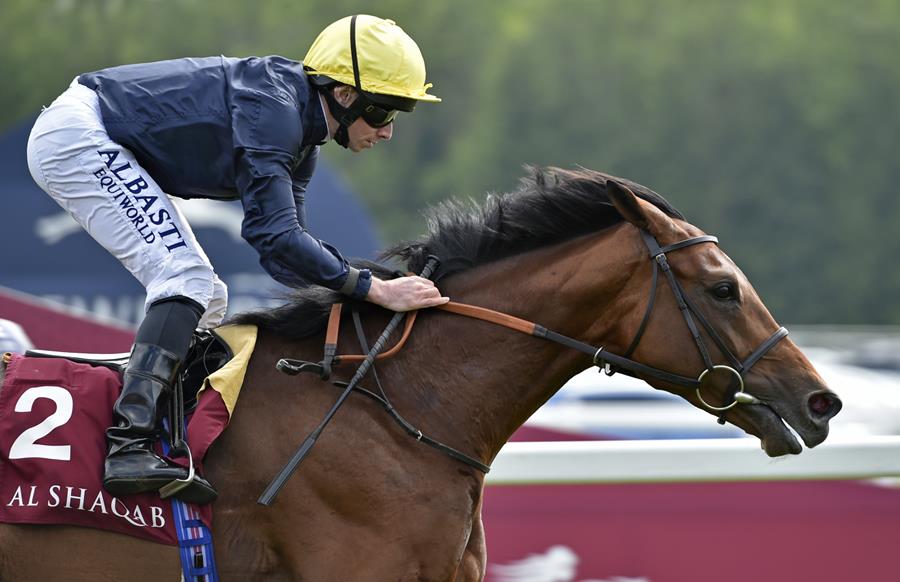 Crystal Ocean became the first horse to win two editions of the Al Rayyan Stakes when he defeated Laraaib and Raymond Tusk to secure a seventh victory in the Group 3 contest for Sir Michael Stoute.

Facing a straightforward task according to the betting which sent him of a 2-9 favourite, he was equal to the challenge from Raymond Tusk three furlongs out and stretched out to a two lengths victory.

Last year’s King George VI and Queen Elizabeth Stakes runner-up won the Hardwicke Stakes at Ascot last year but could be set the stiffer challenge of the Group 1 Prince of Wales’s Stakes this time, according to Stoute.

“He is in the two races at Ascot and we don’t have to decide today,” said Stoute. “He is very versatile and I thought he did it well at Sandown over ten furlongs. At this stage I would have preference for the Prince of Wales.

“He was pretty good last year. Today was a messy race. At Sandown I had him a little fitter than last season so it’s difficult to tell yet if he’s better than he was last year but we’ll soon know.” 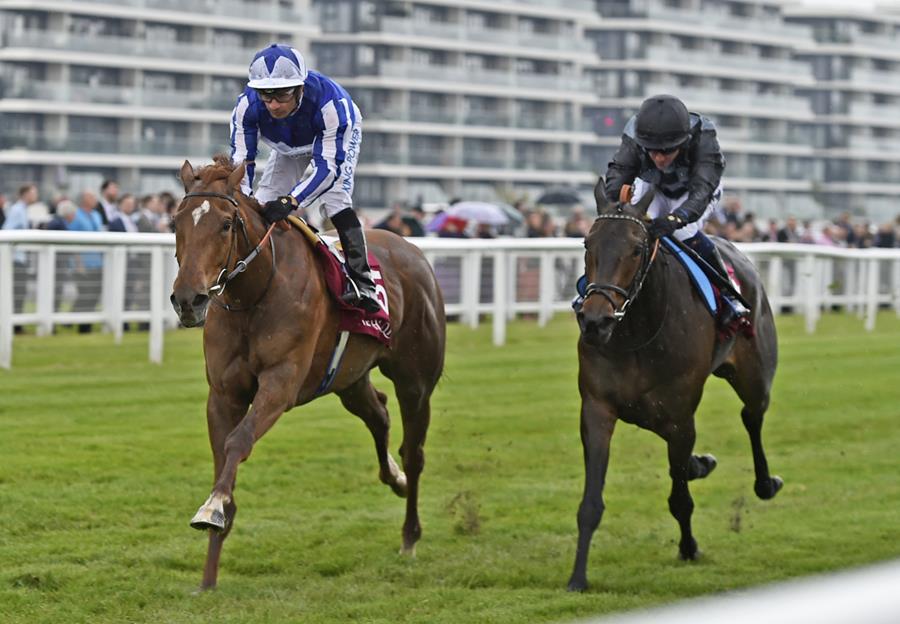 The filly, who joined Stoute from Ralph Beckett this season, holds an entry in the Investec Oaks but her trainer was not ready to commit to a tilt at the Epsom Classic in the immediate aftermath of her neck victory.

“She is in a lot of races and I am just going to go home and think about it,” he said. “She’s a classy filly. We were not sure about the trip and they went no pace so it left her with a lot to do. It was a good performance.” 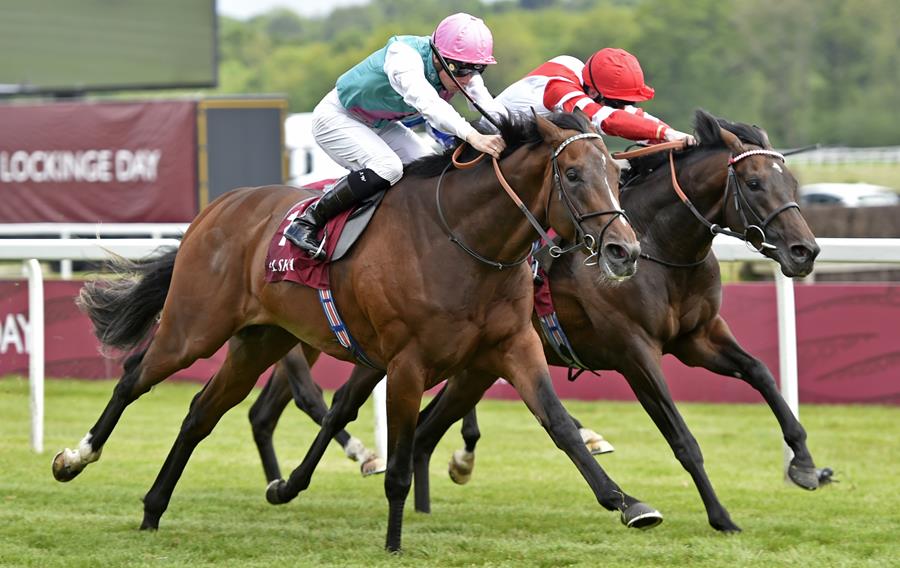 The stable’s previous winners of the race include future Group 1 winner Al Kazeem and Headman, owned by Khalid Abdullah, could also have a bright future after repelling Sinjaari by a short head under top weight.

Watson said: “He’s a nice horse who we’ve liked from the beginning. He’s come on a lot for his first run here and proved it today. He’s still very raw and I think there is plenty more to come from him.”

Charlton said: “Headman is a huge animal who in theory will be a better horse in September or maybe next May. He’s a work in progress. He pulled too hard last time when the ground was too soft. Today he was really relaxed, came through them and ran to the line. I’d quite like not to rush him.” 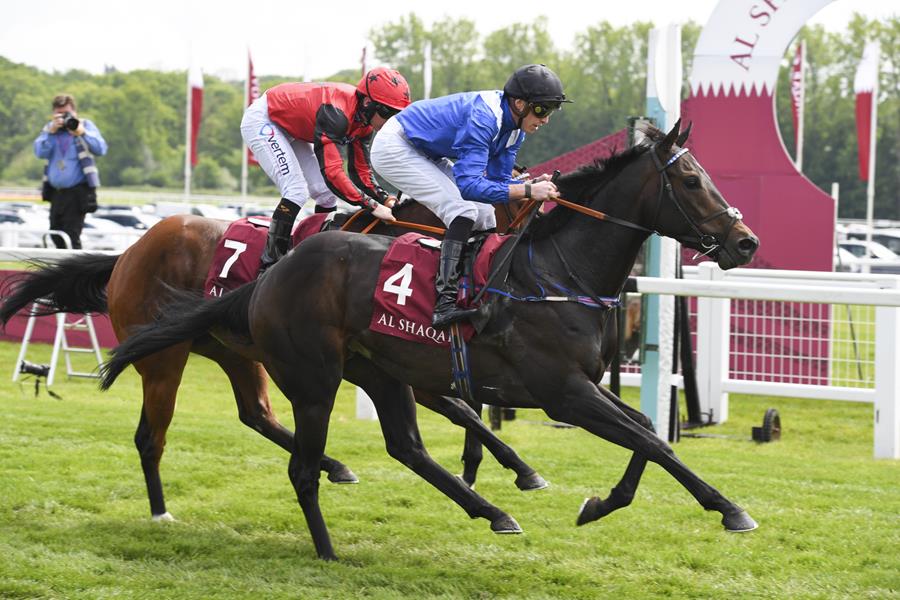 Hamdan Al Maktoum, winner of two out of four runnings of the Commonwealth Cup, unveiled another strong candidate in Khaadem who outpointed Oxted to win the Shalaa Carnarvon Stakes.

In the race which produced last year’s winner of Royal Ascot’s three-year-old Group 1 sprint Eqtidaar, Khaadem made light of a 248-day absence to claim the listed prize for Lambourn trainer Charlie Hills, who won the inaugural Commonwealth Cup with Muhaarar.

“He hasn’t been the most straightforward horse to train and a bit hot-headed but he is hugely talented,” said Hills. “It’s a great start to the season for him. Ascot’s stiff six furlongs should suit him.” 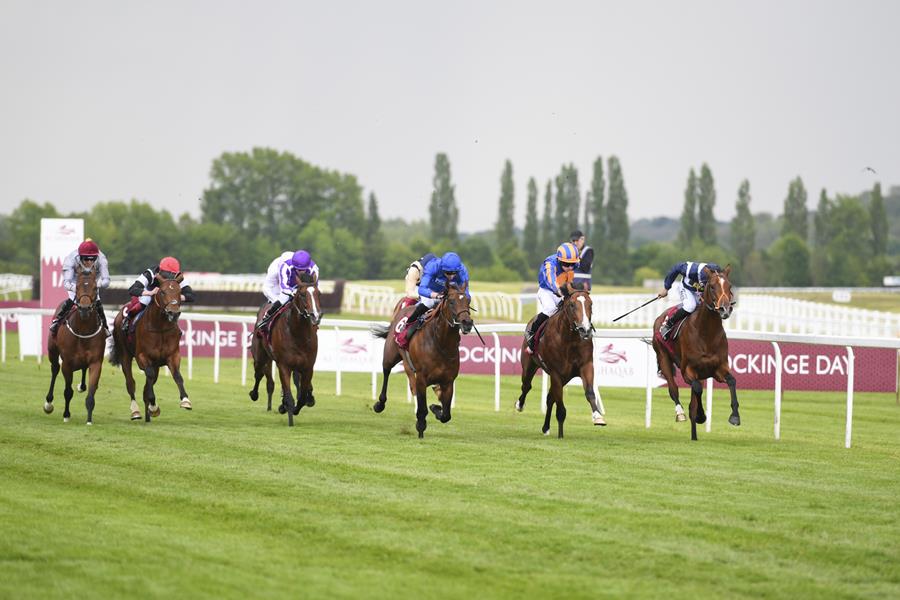 There were winners representing Godolphin, Ballydoyle and American Wesley Ward in a hot renewal of the Olympic Glory Conditions Stakes but it was Richard Hannon who prevailed as Temple Of Heaven edged out Fort Myers and Well Of Wisdom in a race decided by a short head and a nose.

“When ours win first time out they are generally pretty good,” said Hannon. “I’d say he is a very good two-year-old. He will definitely go to the Ascot, the Coventry or the Norfolk Stakes.”