Minding (Aidan O’Brien) and Ribchester (Richard Fahey) feature among 21 confirmations for the £350,000 Group One Al Shaqab Lockinge Stakes over a mile at Newbury on Saturday, May 20, details of which are revealed today. 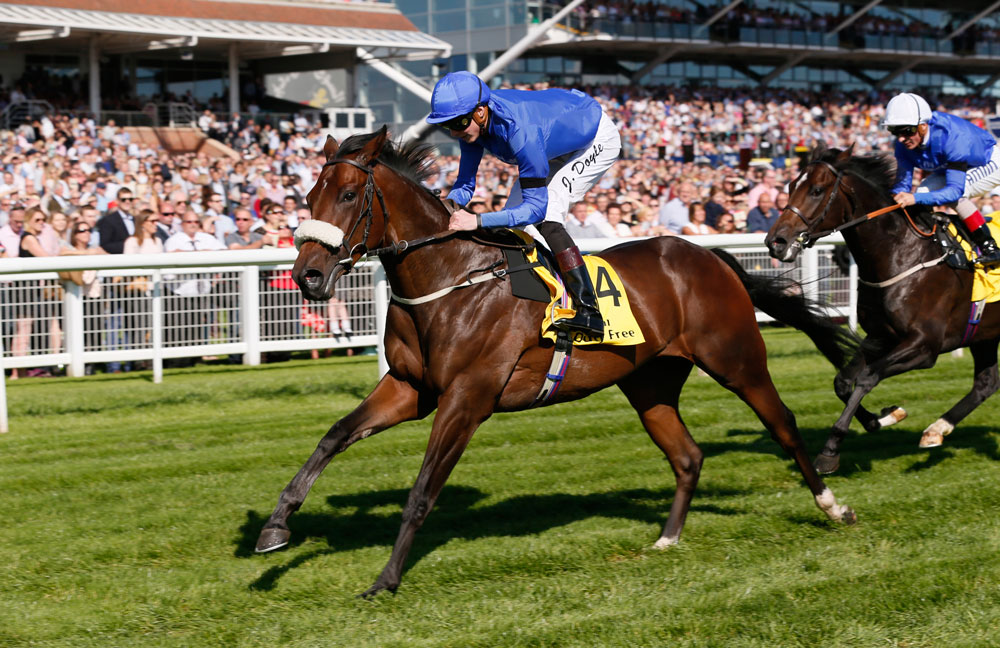 Both have made pleasing appearances this season, with Coolmore’s Minding capturing the 10-furlong G2 Mooresbridge Stakes on her return at Naas on Monday and Godolphin’s Ribchester finishing third in the G1 Dubai Turf over nine furlongs at Meydan in Dubai on March 25.

Four-year-old filly Minding, the 2016 Cartier Horse of the Year, prevailed by a half-length when the pair clashed in the G1 Queen Elizabeth II Stakes over a mile at Ascot in October and is after her eighth G1 success.

He was the leading three-year-old miler in the early part of last season thanks to victories in the Newmarket Classic, the QIPCO 2000 Guineas, and St James’s Palace Stakes at Royal Ascot.

Stablemate Home Of The Brave, owned by Godolphin, may also run in the Al Shaqab Lockinge Stakes after recording back-to-back victories in the seven-furlong Listed King Robert III Stakes at Leicester on April 29.

Qatar Racing’s Lightning Spear (David Simcock) is pencilled in to start his season at Newbury after a solid campaign last year.

The six-year-old Pivotal horse was placed twice at G1 level, including when a closing third behind Minding and Ribchester at Ascot, having gained a decisive success in the G2 Celebration Mile at Goodwood in August.

Newmarket trainer David Simcock commented about his stable star: “Lightning Spear is a very talented horse and I feel there is more to come. The priority with him is to try and win a Group One in England.

“There is a good programme for him and he will start off in the Lockinge at Newbury, go on to the Queen Anne at Royal Ascot and then we’ll have a think.

“He goes on most ground and is training well.”

Minding’s handler and Ireland’s champion Flat trainer Aidan O’Brien has left in another top-class four-year-old filly in Alice Springs. The daughter of Galileo collected three G1 prizes last season and was just touched off at Naas on her return last month.