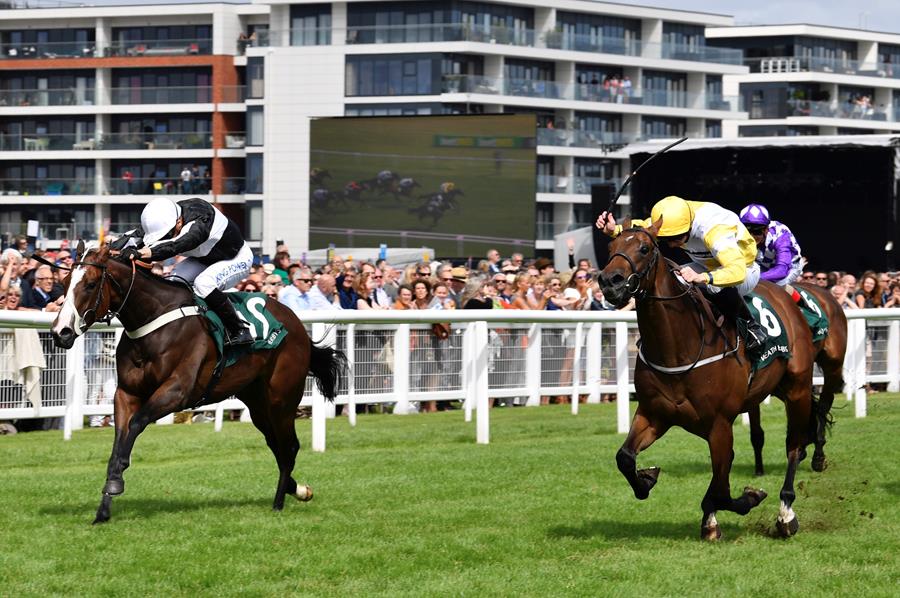 Rod Millman, whose 1997 Weatherbys Super Sprint victory with Lord Kintyre sustained his business for 22 years, secured the windfall that could keep him going for another 22 years when Bettys Hope got up on the line to give him a second victory in Newbury’s £250,000 prize.

Owned by the trainer’s wife Louise, who paid just £3,000 for the filly, Bettys Hopefinished fast and late to head Show Me Show Me, for three time winner Richard Fahey who trained the second, third and fourth, on the line in front of a bumper crowd of 22,667.

“Louise picked her out of the sales,” said Millman, who trains in Cullompton, Devon. “We watched her walk round the ring and when there were no bids, we stepped in.

“It was a bit nerve-wracking when I saw her stand up in the stalls but Silvestre De Sousa managed to get her down again. Soft ground played into her hands. She really wants further than five but the further you go the faster the races become.”

Lord Kintyre, now 24, is still part of the team at Millman’s 40-strong stable which went on to complete a double when the one-eyed Sufficient won the British EBF Premier Fillies’ Handicap.

“The Weatherbys Super Sprint is a fantastic race,” the trainer added. “It kept me in business many years ago. If that hadn’t have come along I would have been gone. We’ve made a good success of training as a result and we’re still here.” 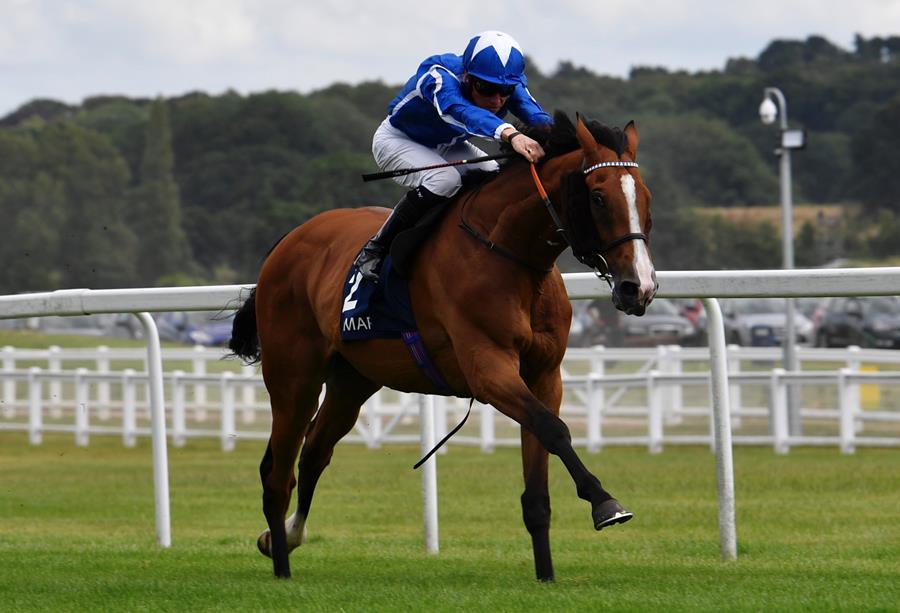 Withhold, kept off the track since a trip to compete in Australia was ended when he burst a blood vessel, made his return to racing a memorable one when he captured the £100,000 Marsh Cup under a fine ride by Newbury Racecourse ambassador Jason Watson.

He made light of taking on race-fit rivals in such a hot handicap, making all the running to defeat Billy Ray by three quarters of a length and to repeat owner Tony Bloom’s success in the first running of the race with Stratum 12 months ago.

Withhold, winner of the 2017 Cesarewitch and 2018 Northumberland Plate, travelled to Newcastle last month to mount a second assault on the Pitmen’s Derby only to pick up an infection.

Trainer Roger Charlton said: “You need to be very fit to run two miles in tacky ground into a strong headwind. Everything else has run several times and is race-fit. So it was remarkable to win nine months since he last ran having had a known bleeding problem.

“If you cut out Australia he has a pretty good profile. He’s in the Ebor and he’s in the Goodwood Cup. We will scope him and see how he is.”

Watson, who went on to complete a trebl on Owney Madden in the EBF bet365 Novice Stakes and Makzeem in the Grundon Recycling Handicap Stakes, said: “The horse has done it well and you’ve got to credit Mr Charlton for the amazing job he’s done getting this horse back from the problems he had down in Australia over the winter.

“We just didn’t know after such a long layoff whether he was quite fit enough to stay the trip but he’s done it easy to be honest.” 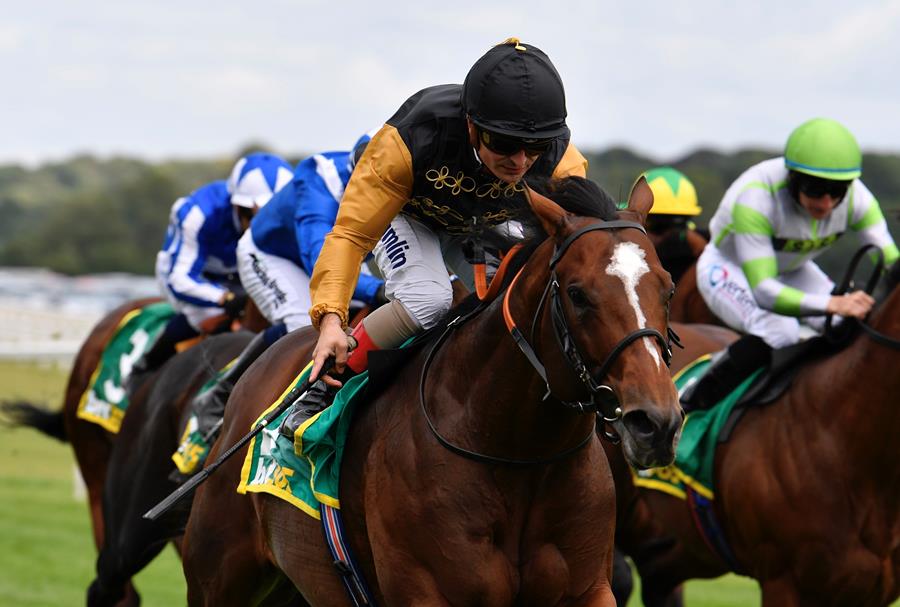 Waldfpad took 12 hours to get to Newbury from his German stables but just over a minute to justify the journey when he ran out a decisive winner of the Group 3 bet365 Hackwood Stakes, which fell to a foreign challenger for the first time.

Despite conceding weight to a field that included multiple Group 1 winner The Tin Man, Waldpfad skipped a length and three quarters clear of Khaadem to score at odds of 33-1.

Trainer Dominik Moser, matching a Group 3 success gained at York seven years ago, said: “We have only two Group 3 races in Germany and he won a Group 3 very easily so we came to try a Group 3 in England, but seeing the horses in it we hoped for a third place.

“It’s a long trip to Newbury and back but if he comes out of it good maybe we come back to Newbury for the seven furlong race [the Group 2 Ladyswood Stud Hungerford Stakes, August 17] in four or five weeks.” 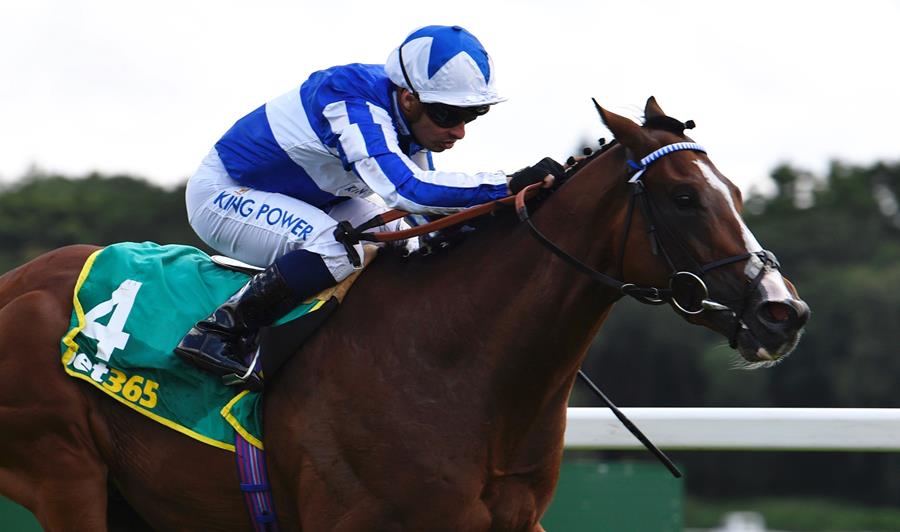 A week after losing stable favourite Beat The Bank, who sustained a fatal injury when winning the Summer Mile at Ascot, Fox Chairman helped lift the spirits of King Power Racing and trainer Andrew Balding with victory in the Listed bet365 Stakes.

A winner at the track in May, Fox Chairman met trouble in running when finishing second in the Group 3 Hampton Court Stakes at Royal Ascot, but had little problem dismissing Pondus by a length.

Balding said: “I’m not saying for a second that we would have beaten the winner who won fair and square last time but he would have finished closer. He is still learning. I think we will give him a break and save him for the autumn.

“It’s been a tough week, and last Saturday was a tough day. It was very distressing for everyone, but life goes on.”