Trained by Brian Meehan, Agent Murphy (pictured below) produced a career-best performance at Newbury in August when bounding to a five-length victory in the Group Three Betfred Geoffrey Freer Stakes over a furlong and a half further.

The son of Cape Cross subsequently finished second to Order Of St George in the Group One Irish St Leger at the Curragh.

The five-year-old was fourth on his reappearance in the valuable H H The Emirs Trophy at Doha, Qatar, in February.

Wiltshire-based Meehan said: “Agent Murphy is in good order. He won the Geoffrey Freer impressively at Newbury last season and the Dubai Duty Free Finest Surprise Stakes looks a good spot for him.

“I think a mile and a half or a mile and five furlongs is probably his ideal trip and hopefully there is still a bit more improvement there.” 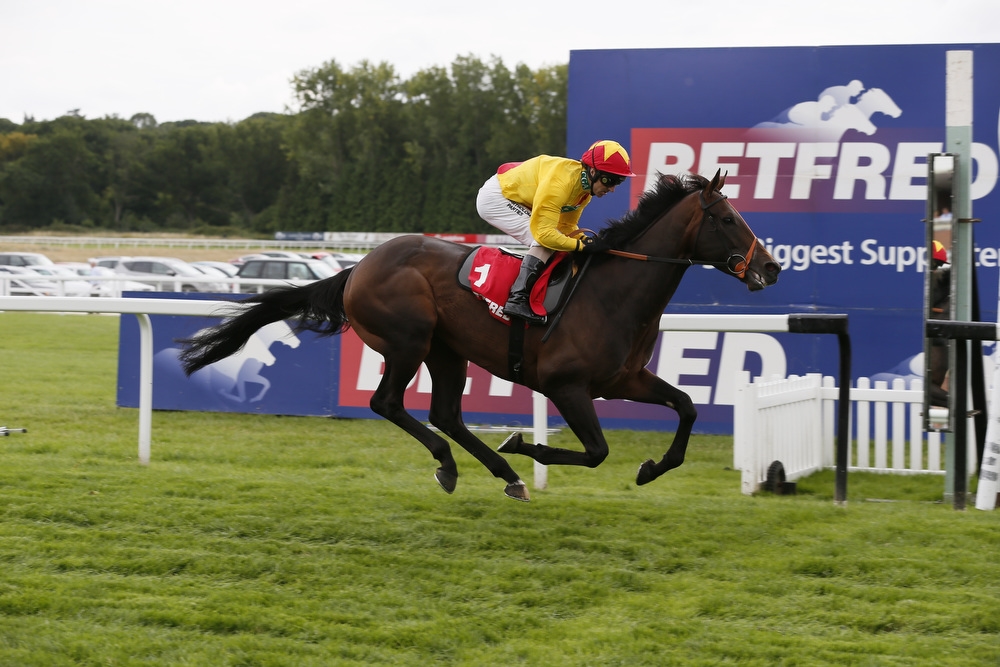 Jimmy Fortune, the regular rider of Agent Murphy, is set to take the mount again.

Also among the entries are Italian Group One runner-up Sound Of Freedom, who is now trained by Marco Botti in Newmarket, impressive Doncaster Shield winner Sandro Botticelli (John Ryan) and Restorer (William Muir).

Her Majesty The Queen could be represented by Dartmouth (Sir Michael Stoute), who captured a valuable handicap at Goodwood last season.

Meehan, who trains at the famous Manton Estate, has entered Blue Bayou in the £60,000 Group Three Dubai Duty Free Stakes (2.40pm), a trial for the QIPCO 1000 Guineas.

The daughter of Bahamian Bounty justified favouritism in the Group Three Sweet Solera Stakes at Newmarket in August before finishing fifth to champion two-year-old filly Minding in the Group One Moyglare Stud Stakes at the Curragh the following month.

The trainer added: “Blue Bayou is in good order and worked very well yesterday. We have quite serious concerns about the ground so we will have to see how we go.
“It was a rough race for her at the Curragh. She ran OK but things didn’t quite work out and it wasn’t her day.
“She is the Guineas and we hope she is that sort of filly. Why not?”

Dubai Duty Free celebrates 21 years of sponsorship on the day, having first backed the Classic trial in 1996 when it was won by the outstanding Bosra Sham.

The colts go on trial in the final Group Three of the afternoon, the £60,000 JLT Greenham Stakes (3.15pm, 10 entries), also over seven furlongs.

Newbury’s seven-race card on Saturday starts at 1.35pm and finishes at 5.00pm.

There is also racing at the Berkshire course on Friday, April 15, with seven contests between 1.45pm and 5.05pm.

The going at Newbury is currently heavy.