King’s Trueshan looks stayer of the future after gutsy triumph in £50,000 Newbury feature 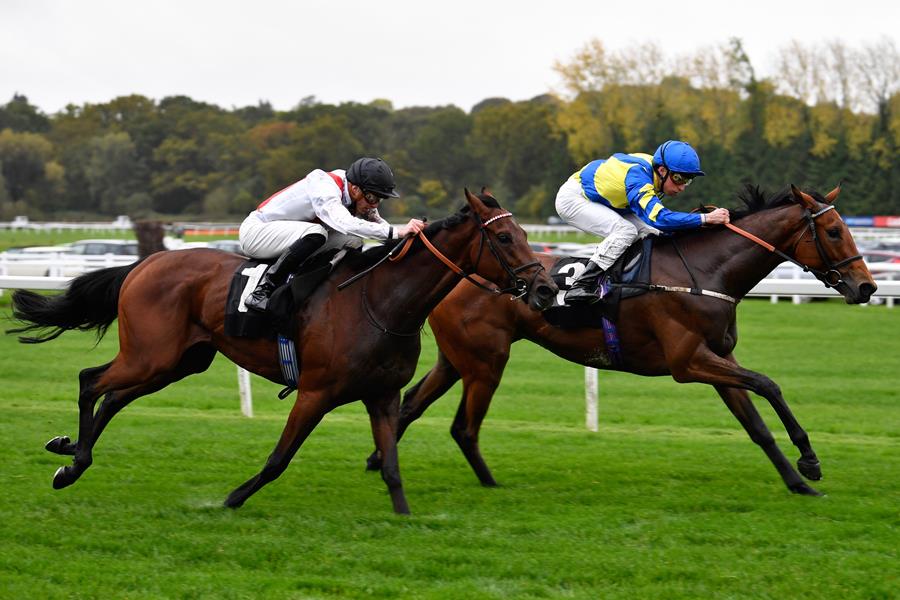 Despite the testing ground conditions Trueshan and Hamish confirmed themselves two emergent stayers when they fought out a sustained duel for the £50,000 British European Fund Conditions Stakes at Newbury on Friday.

When hat-trick seeking Hamish cruised upsides Trueshan with a furlong and a half of the 1m6f race left there appeared to be only one outcome, but Trueshan refused to back down and battled back to snatch victory by a neck. The pair finished 14 lengths clear of the third home.

Trueshan, owned by the Barbury Lions syndicate, is trained by Alan King, who ordinarily would have been supervising runners at Cheltenham. But Flat racing is proving a lucrative sideline as Trueshan, who has won four out of five in 2019, took the trainer’s season’s winnings near to £600,000.

He said: “I thought we were in trouble when Hamish loomed upsides but Trueshan battled really well. He has schooled but he is not going jumping.

“He is going to have his winter holiday now. He’s done enough. I am thrilled with him. They are two good horses.

“He wouldn’t want fast ground and I thought he was floundering a bit on that today. Good or good to soft would be ideal. We will work back from the Ebor which would be a mid-season target for him next year.” 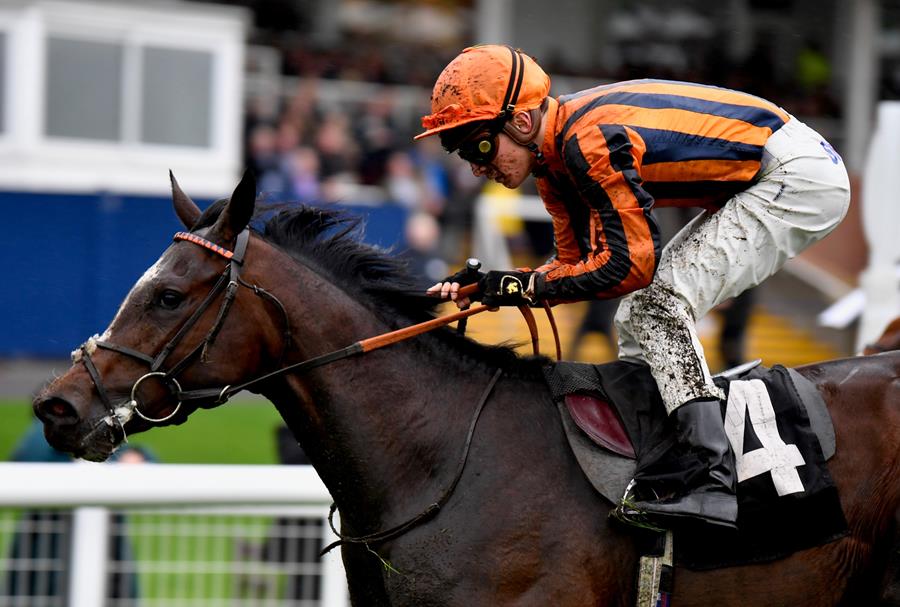 Newbury Racecourse ambassador Jason Watson rode his 14th winner at the track this year to underline his status as the leading rider at the course on the Roger Charlton-trained Dancing Harry.

The newcomer finished strongly to capture division one of the Join Hot To Trot For 2020 Novice Stakes in the colours of his owner-breeder David Fish.

“We didn’t expect that, but maybe the ground was very helpful,” said Fish, a former executive at McVities and Mars. “He was the only one running on.”

Division two went the way of previous winner Acquitted, trained by Hugo Palmer, while the 22-1 With Respect, trained by in East Ilsley by Hughie Morrison for Thurloe Thoroughbreds, made a promising start when taking the Energy Check Maiden Stakes.

“It’s a bit of a surprise because he was going nowhere six weeks ago,” said Morrison. “He must be all right.” 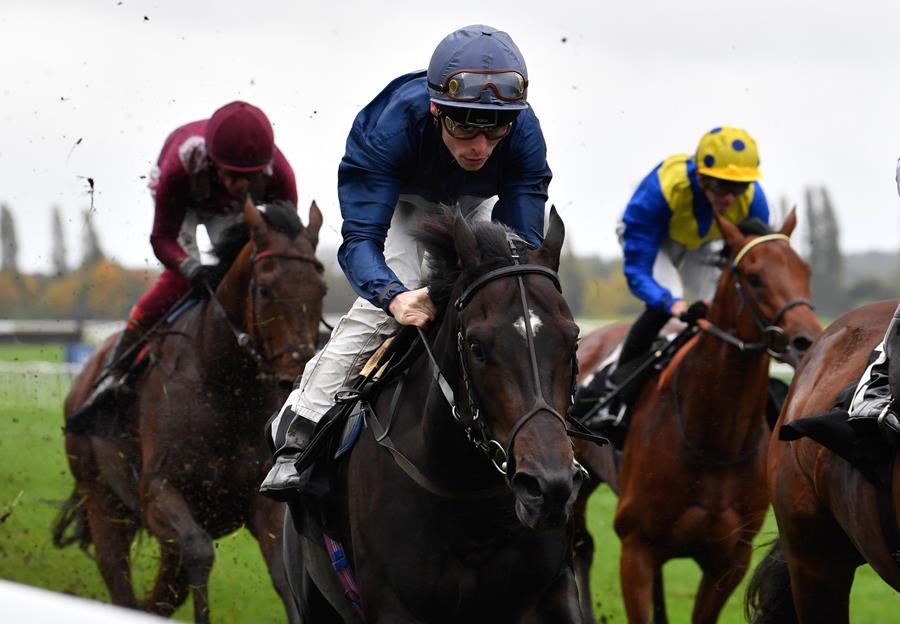 Memory sticks it out

The Ed Walker-trained Molls Memory secured her third win of the year when denying Dance Diva in the Energy Check Handicap.

Owner-breeder Andrew Buxton said: “She just didn’t like Newmarket last time but she’s shown she could be improving because this is heavy ground and she had nearly top weight. She is a soft ground horse. What we didn’t know was if she was a heavy ground horse. She will probably be retired for the winter now.” 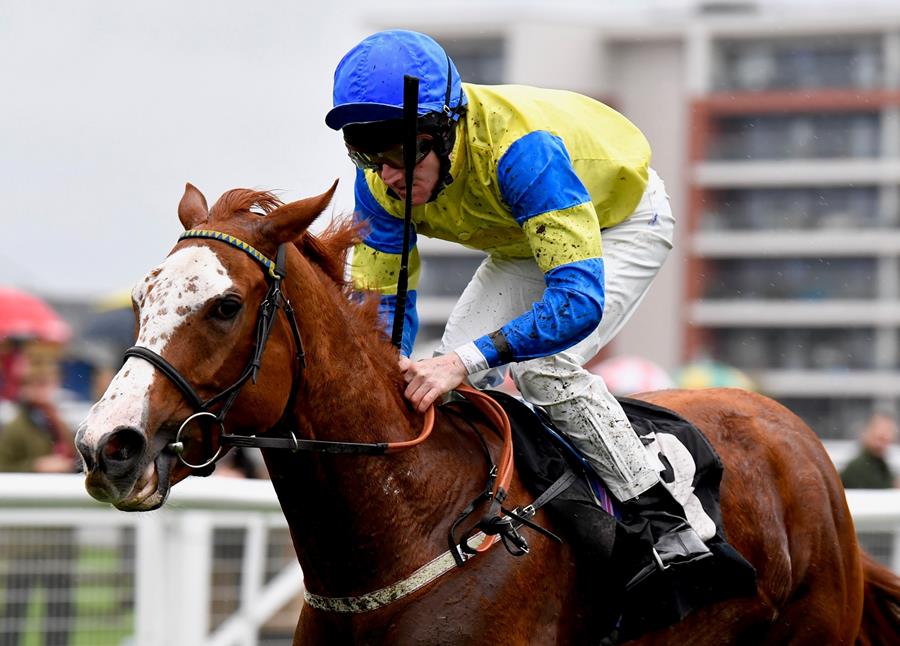 Clerk of the course Keith Ottesen has called an inspection for 8am on Saturday ahead of Newbury’s final Flat meeting of the year with the ground heavy.

“Rain is due to come at around 10-11am tomorrow but we will evaluate the situation at 8am to see if anything has changed, whether we have had any rain overnight and see how the ground is looking,” he said.

“There is no great quantity of rain forecast overnight and if it is safe to race we will try our best to get it on. But if the quantities look as if they are going to be too much and the ground is not taking the rain, we will make a decision as soon as we can.”