Keith Ottesen appointed Clerk of the Course at Newbury Racecourse 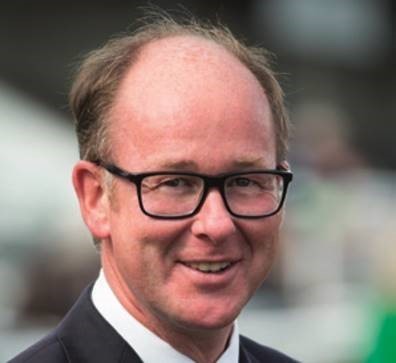 Keith Ottesen (pictured above) has been appointed as Clerk of the Course at Newbury Racecourse, succeeding Richard Osgood, who leaves at the end of the year.

Ottesen will join the Newbury team in August and will shadow Richard Osgood through the remaining fixtures in 2018 before taking over fully on January 1, 2019.

Ottesen is currently clerk at both Chepstow and Ffos Las racecourses which are operated by Arena Racing Company (ARC) and has been responsible for the race programme for both courses which have recorded increases to average field sizes under both Flat and Jump codes.

Ottesen was also instrumental in the introduction of Chepstow’s two-day fixture in October, which has attracted many future stars and is seen as the opening of the traditional Jump season.

Keith Ottesen commented: “It is a really exciting time to be joining Newbury Racecourse.

“As the redevelopment takes shape, I am looking forward to focusing on further developing its race programme to attract the best horses available.

“Newbury is leading the way for the owners, trainers and racing staff experience and I look forward to making a positive contribution to achieving the highest industry standards.”

Julian Thick, CEO of Newbury Racecourse, added: “We are delighted that Keith will be joining us in the summer.

“He brings with him a wealth of experience and we look forward to working with him to develop the race programme here as he has done so proficiently in his role as clerk at both Chepstow and Ffos Las.

“With the second phase of our ‘heartspace’ redevelopment now underway and the substantial capital investment which has been made to the new facilities for horsemen in the past three years and a record £5 million in prize money on offer here for the first time this year, this is an exciting time for Newbury.”

Newbury Racecourse held its first race in 1905 and has long been one of Britain’s leading tracks, staging approximately 30 days of top class Jump and Flat racing annually.

The highlight of Newbury’s Flat racing programme is the Al Shaqab Lockinge Stakes which takes place on Saturday, May 19, with the Group One race run over a mile, worth £350,000.

Newbury’s high-quality Jump racing programme includes the Ladbrokes Winter Carnival, featuring the £250,000 Ladbrokes Trophy, a handicap chase over an extended three and a quarter miles, which takes place on Friday, November 30 and Saturday, December 1 in 2018.