Snow Leopardess makes the transition to hurdles on the back of a comfortable success in a Listed mares’ bumper at Gowran Park on September 30.

The four-year-old scored on her bumper debut at Doncaster in February and ended last season with fifth behind Kayf Grace in the G2 mares’ champion bumper at Aintree.

Longsdon said today: “Snow Leopardess has schooled well but will improve for the experience tomorrow. She is still green and I am not sure she will be streetwise enough against the likes of Dusky Legend.

“I think two miles is going to minimum for her and I can see us stepping up in trip in the future. Having said that, she has won two bumpers, including at Listed level, and although we don’t see her as quick mare, she must have a bit of speed to do that.” 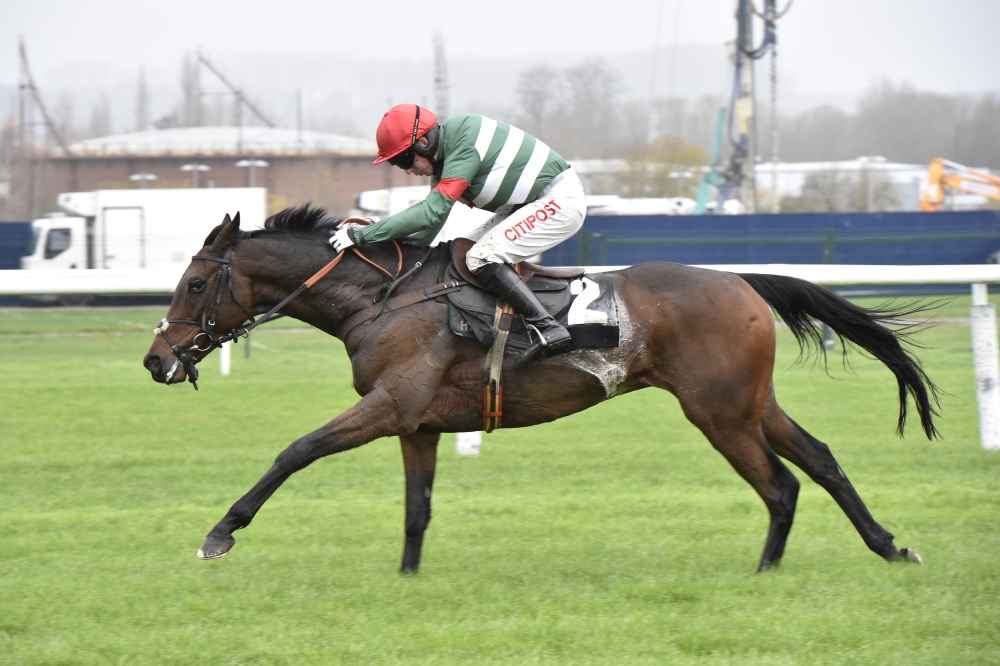 Donald McCain saddles Same Circus (Will Kennedy), winner of a point-to-point in Ireland and a maiden hurdle at Hexham, while Toberdowney (Leighton Aspell) has her first start for Oliver Sherwood and The Million In Mind Partnership after landing a bumper at Perth for Stuart Crawford during the summer.

Our Kaempfer was second to Rock The Kasbah on his chasing debut in a traditionally strong novices’ chase at Chepstow on October 8.

Longsdon said: “Our Kaempfer has been doing really well and, to be honest, I would have preferred three or four more runners tomorrow.

“Neither horse is going to learn a lot whether they win or lose. But that’s racing and we have got to go and make do with that.”

The day will also feature an appearance from legendary author Jilly Cooper, who will be signing copies of her new book Mount! and presenting the best turned out award and prizes for winning connections for the final race on the card.

Newbury’s highlight of the Jump season is the two-day bet365 Festival on Friday, November 25 and Saturday, November 26 with over £600,000 of prize money on offer. Friday 25 November now features the Grade 2 bet365 Long Distance Hurdle, one of the most important three mile races of the season, on a card worth £190,000. Saturday 26 November reaches its climax with the 60th running of prestigious The Hennessy Gold Cup worth £200,000.