As part of International Women’s Day, Newbury Racecourse is saluting the incredible women who have made their mark at the course in the last 12 months. 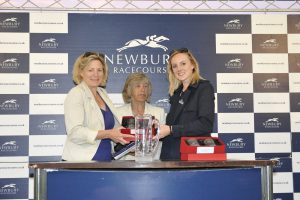 Eve was born into a pioneering family. Her grandmother Helen became the first woman to train the winner of a Classic when Gilles de Retz won the 1956 2,000 Guineas, although her name did not appear on the record books because the Jockey Club refused to recognise women trainers at the time. Since taking over the family stables, Eve has proved the folly of the authority’s stance, last year becoming the first woman to train the winner of the Queen Anne Stakes at Royal Ascot and only the fourth to train a British Group 1 winner. At local track Newbury, Eve saddled Ice Age to win the Starlight Handicap last May and this May she will be targeting a second Group 1 win with her stable star Accidental Agent. 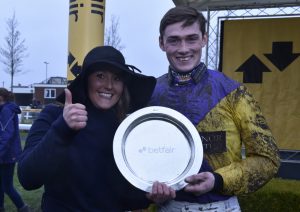 Amy, one of Britain’s youngest trainers, enjoyed the best moment of her short training career when she saddled Kalashnikov, owned by her father Paul, to win last year’s Betfair Hurdle at Newbury, the richest handicap hurdle run in Britain. The horse has rapidly become a fan favourite and heads to next week’s Cheltenham Festival, where he was second in the Supreme Novices’ Hurdle a year ago, as one of the leading contenders for the Arkle Trophy. 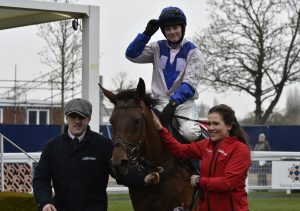 Bridget rode Spiritofthegames to finish third in last year’s Betfair Hurdle, won by the Amy Murphy-trained Kalashnikov and went on to break her Cheltenham Festival duck by winning the County Hurdle on Mohaayed. She was back at Newbury in March where she steered Roksana to victory in the EBF & TBA Mares’ Novices’ Hurdle Finale and she was on the mark at the track on Friday when riding Getariver to a Bumper victory. Bridget, who works for Dan Skelton, is to marry the trainer’s brother Harry, who is also a jockey, in August. 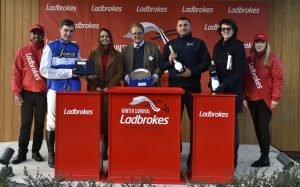 Venetia is one of only two women to train the winner of the Hennessy Gold Cup and since Teeton Mill’s success in 1998 she has remained among the best of her profession, memorably saddling Mon Mome to gain a shock victory in the 2009 Grand National. Newbury remains a rewarding hunting ground for Venetia where this season she sent out Aso to gain a 13 lengths success in the Ladbrokes Handicap Chase. 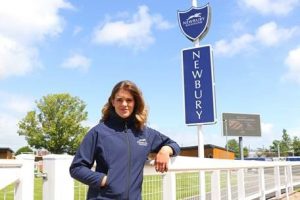 Lizzie has developed a strong connection with Newbury. In 2016 she rode Agrapart to land the Betfair Hurdle, Britain’s richest handicap hurdle, and she has continued to prosper on horses trained by her mother Jane and stepfather Nick. In November she steered Siruh Du Lac and the pair go the Cheltenham next week among the favourites for the Brown Advisory & Merriebelle Stable Plate. Lizzie spent last summer at Newbury working as a marketing assistant, an experience she described as “fantastic”. 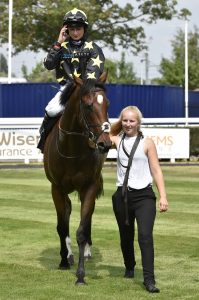 Nicola was one of the hottest apprentices in the country in 2018 when she rode 81 winners and lost her claim to a weight allowance. A pair of those victories came during the season at Newbury where she is likely to be increasingly in action having formed a new partnership with Lambourn trainer Jamie Osborne. Nicola, who comes from the Isle Of Arran, rode Raising Sand to a valuable handicap victory at Ascot last season and ended the year by being voted Lady Jockey of the Year by her peers at the Stobarts Lesters.