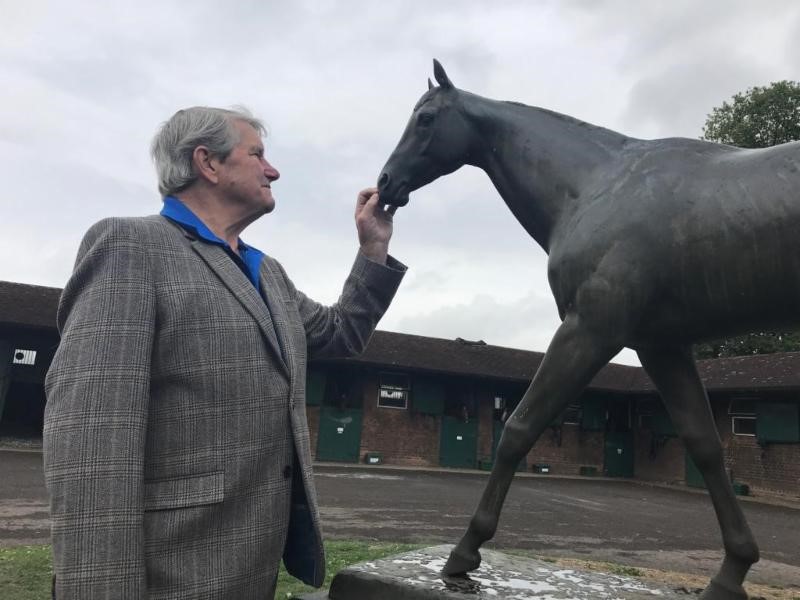 Caption: Ian Balding reflects on the career of Mill Reef, 50 years after the birth of the racehorse and ahead of the Dubai Duty Free Mill Reef Stakes on Saturday, September 22, 2018

Ian Balding pays tribute to the best horse he ever trained as he recalls the life and career of the great Mill Reef, one of the most popular racehorses of all time, who was born 50 years ago this year.

Balding has given a special interview to mark the anniversary of the 1971 Derby, King George VI & Queen Elizabeth Stakes and Prix de l’Arc de Triomphe winner ahead of the G2 Dubai Duty Free Mill Reef Stakes (2.55pm), run at Newbury on Saturday, September 22, 2018.

The Dubai Duty Free Mill Reef Stakes was established at Newbury in 1972, shortly after Mill Reef had to be retired following a career-ending injury on the gallops, to become a permanent tribute to the bay colt who raced with a distinctive white noseband and was trained just seven miles from the racecourse at Park House Stables in Kingsclere.

At Newbury he won the 1971 Greenham Stakes, a victory which earned him favouritism for the 1971 2,000 Guineas at Newmarket. But for racing in the same era as another turf legend, Mill Reef would have won the 2,000 Guineas as well as the Derby but proved no match for Brigadier Gerard, running over his specialist distance of a mile at Newmarket. 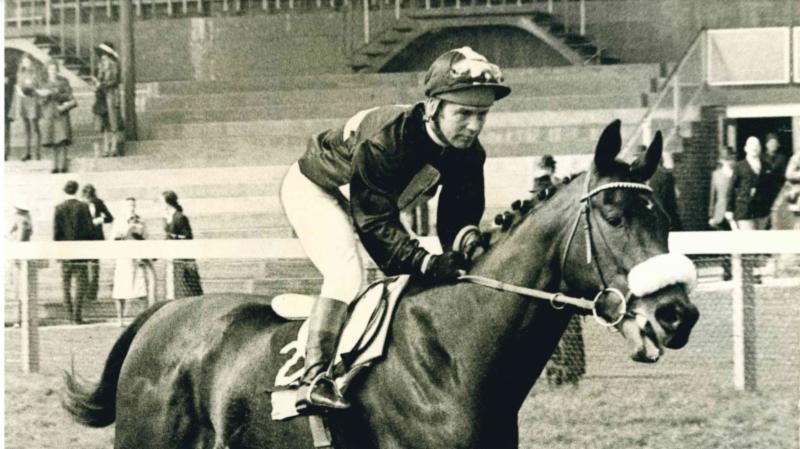 Caption: Mill Reef wins the Greenham Stakes at Newbury in 1971 before being beaten in the 2,000 Guineas.

In a two-part filmed interview shot at Kingsclere, Balding, 79, recalls that at the time he feared that defeat had robbed him of all chance of ever winning a Classic with Mill Reef, plus a shot at the Triple Crown of 2,000 Guineas, Derby and St Leger clinched the previous year by Nijinsky.

“I thought he was the best two-year-old I’d ever seen and therefore if he didn’t win the Guineas I would never win a Classic,” he says. “I just couldn’t get over it when he was beaten in the Guineas – I couldn’t believe it and it was such a shock.”

However, he got immediate reassurance from jockey Geoff Lewis, “He said, ‘Don’t worry that horse is going to stay. I am sure he will win the Derby’.”

As the well as the many highs on the racecourse with Mill Reef, Balding experienced his lowest point when his champion shattered his left foreleg on the gallops.

“It was the most awful moment of my whole life I think because I was standing watching him moving I thought beautifully and suddenly he sort of collapsed,” says Balding. “It was just disastrous.”

The injury put an end to Mill Reef’s racing career and almost claimed his life which was saved by pioneering surgery performed in the Kingsclere colours room by Professor Jim Roberts. The horse was able to retire to the National Stud and go on to sire two Derby winners – Shirley Heights in 1978 and Reference Point in 1987.

Balding is in no doubt of the status of Mill Reef, who, owned by American philanthropist and bred by Paul Mellon and ridden by Lewis, won 12 of his 14 starts, which included a unique series of victories in the Derby, Eclipse, King George and Arc.

“I don’t know if we were all incredible people, but we were just lucky to have this incredible horse,” he says.

Mill Reef was born on February 23, 1968 in America and sent to England at the end of the following year.

Colm McLoughlin, Executive Vice Chairman and CEO Dubai Duty Free, commented: “Dubai Duty Free is proud to have been associated the Mill Reef Stakes for the past 18 years.

“We have been delighted to celebrate some outstanding winners including several in the colours of UAE-based owners, most recently Godolphin’s Ribchester in 2015.

“We look forward to renewing our friendship with Mill Reef’s trainer, Ian Balding and his wife Emma at Newbury on Saturday and joining with them in marking the 50th anniversary of the birth of one of the equine greats.”

The Dubai Duty Free International Weekend gets underway on Friday, September 21, when the highlight is the £27,000 Listed Dubai Duty Free Cup (3.55pm), staged over seven furlongs for three-year-olds and upwards.

Off the track, racegoers can enjoy a variety of extra entertainment in the Dubai Duty Free Village and live music in the Crafty Filly during the afternoon.

Tickets are available to purchase by visiting www.newburyracecourse.co.uk