HOST OF STARS DECLARED FOR A SPECTAULAR BETFAIR SUPER SUNDAY 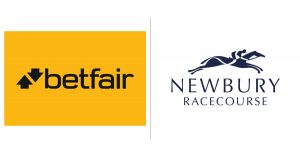 A mouth-watering Sunday is on the cards for the postponed Betfair Super Saturday fixture at Newbury Racecourse rescheduled to Sunday 21 February, with a strong field of 24 declared for the Grade 3 Betfair Hurdle, the richest handicap hurdle in Britain.

Top weight Buzz, Mister Coffey and Fred all represent Champion trainer, Nicky Henderson in the feature race of the day, and the Lambourn trainer is looking to win the race for a sixth time, whilst sponsor’s favourite, Cadzand will represent Dan Skelton.

Dan Skelton said: “It’s great news the meeting has been rearranged, a huge well done to everyone at the BHA and Newbury for making sure these important races go ahead. Cadzand is antepost favourite for the Betfair Hurdle, and we have had this race in mind for him for a while now. He looks well, I am happy with him, he jumped well this morning and is all set and ready to go. There will be no excuses for him on the day.”

On his three runners, Nicky Henderson said: “All three for the Betfair Hurdle are in great form at home. With the ground drying up, it was a slightly last-minute decision to declare Fred, but this has been the plan for Buzz and Mister Coffey all along. Kevin Brogan will ride Buzz and came down to sit on him last week, it’s great to have a top class conditional onboard, especially with Buzz being top weight. I couldn’t pick between them – they’re all debating in the yard who will run best!”

Eight have been declared for the Grade 2 Betfair Denman Chase which is the largest field since 2013 and includes; Lostintranslation who will be partnered with the returning Robbie Power and Clan des Obeaux, the 5/6 favourite for Paul Nicholls who is well represented across the entire card.

Nicholls commented: “It’s great to see this meeting moved and we are looking forward to running all our horses. Clan des Obeaux is in good form and he’s won this race before when it was restaged two years ago at Ascot. Slightly calmer waters going into this run than his previous two at Haydock and Kempton, but this race has been the goal.”

Nicky Henderson commented: “We’re looking forward to getting Terrefort back on a racecourse in the Betfair Denman Chase, he hasn’t run since 2019 and has lost an eye since so will be running round like a cyclops! It doesn’t affect him at all – he jumps great and we’re excited to see him out again. If he runs well, he’ll head to Aintree where he won as a novice.”

All eyes will be on the Betfair Game Spirit Chase with six declared for the Grade 2 contest over 2 miles, which includes, Champ who is dropping back in distance in what could prove to be an inspired move by his handler, Nicky Henderson who said: “Champ is absolutely flying at home, his prep has all gone to plan. Obviously, we changed the races and are going for the two-mile Betfair Game Spirit instead of the three-mile Betfair Denman, but we think it’s the right thing to do.

“He hasn’t run for nearly a year so it will be a less tough race over two miles than it would be over three. With less than four weeks till the Gold Cup, it’s getting a bit tight for him to have a hard race.

“It’s really great to have moved the meeting – I must say a huge well done to Newbury, Betfair, ITV and the BHA. These races are important.”

Paul Nicholls also runs three in the Grade 2 contest and commented: “Greaneteen had hardish races in both the Haldon Cup and the Tingle Creek, but this race has been the aim and he worked well this morning. Magic Saint is interesting one as Bryan Carver is claiming 3lbs and he goes well fresh.”

Of his three runners in the Betfair Hurdle, Nicholls said: “It great that its being run for £125,000 under the circumstances so thanks to Newbury and Betfair. Both Wild Max and Thyme White have been aimed for this race for a while with Friend or Foe due to run at Wincanton tomorrow all being well. Obviously, Harry Cobden unseated on Thyme White at Newbury last time out, but we’re hoping for a better run as long as it stays dry.”

Keith Ottesen, Clerk of the Course for Newbury Racecourse said: ““We are delighted have been able to restage the fixture now renamed Betfair Super Sunday in its entirety and we are very grateful to everyone involved including, ITV, BHA, The Levy Board and our sponsors, Betfair.

“There are always quite few moving parts, but everything has aligned and its fantastic to see a full field of 24 declared for the Betfair Hurdle and strong fields for the supporting Graded chases, so our continued thanks go to the horsemen. The ground is good to soft, soft in places and the weather forecast looks fair, so we are all set for cracking weekend of racing.”

Betfair Spokesman, Barry Orr, commented today: ‘’It truly is a Super Sunday and Paul Nicholls appears to have a very strong hand in both Graded chases races with Clan Des Obeaux 5/6 to put his lacklustre King George effort behind him and Greaneteen also a warm order in the Game Spirit.’’

‘’The Betfair Hurdle is devilishly difficult, but all the recent money has been for Soaring Glory, who has been backed from 10/1 into 6/1, to give Jonjo O’Neill a second win in the race following Get Me Out Of Here’s victory in 2010’’