Home Of The Brave (Hugo Palmer/Jim Crowley) heads a field of seven for the £150,000 G2 Betfred Hungerford Stakes (4.10pm), the highlight of Betfred Ladies Day at Newbury this Saturday, August 13. The Godolphin-owned four-year-old is the 11/8 favourite with sponsor Betfred for the seven-furlong contest.

The front-running four-year-old held off Convey (Sir Michael Stoute/Pat Smullen) by a neck to win the G3 Timeform Jury Stakes at Haydock Park in May and was last seen out finishing second to Dutch Connection in the G2 Lennox Stakes at Goodwood on July 26.

Convey followed that run at Haydock Park with two disappointing performances at Ascot but bounced back last time out with a decisive victory in the Listed Pomfret Stakes at Pontefract on July 24.

Marco Botti, who took the spoils with outstanding miler Excelebration in 2011, is represented by Golden Steps (Frankie Dettori). The five-year-old has relished the step up to seven furlongs on his last two starts, most recently landing the valuable Bunbury Cup in authoritative fashion at Newmarket on July 9.

Botti said today: “Golden Steps is well. He has obviously got a little bit to find on ratings but the race has cut up a little bit and the owner is keen to take a chance.
“He has enjoyed the step up to seven furlongs this season. It looks to be his best trip now because, although he won over six furlongs at Glorious Goodwood last year, he has lost that bit of early speed you need in the big sprints.
“That was why he didn’t go for the Stewards’ Cup. We spoke with connections and felt coming back to six furlongs on fast ground might be against him. He also likes a little bit of time in between races and, having won a lot of prize money at Newmarket anyway, the owner was keen to go for a race like the Betfred Hungerford Stakes.”

There is also G3 action on the card courtesy of the £60,000 Betfred Geoffrey Freer Stakes (3.05pm) over a mile and five furlongs. The five runners for this contest include recent Goodwood G3 scorer Kings Fete (Sir Michael Stoute/Pat Smullen) and Humphrey Bogart (Richard Hannon/Sean Levey), who was fifth in the Investec Derby.

Two-year-olds are on show in the £25,500 Listed Denford Stud Washington Singer Stakes (2.30pm) over seven furlongs. Past winners of this contest include future superstars such as Rodrigo De Triano, Lammtarra, Haafhd, Just The Judge and Belardo.

The five runners for the 2016 renewal include Escobar (Hugo Palmer/Frankie Dettori, pictured), who won on his only start over seven furlongs at Newbury on July 15. Mr Scaramanga (Richard Hannon/Sean Levey) was third in the G2 Superlative Stakes at Newmarket last month while Frankuus (Mark Johnston/Adam Kirby), a son of Frankel, was a close third in Listed company at Ascot last time out. 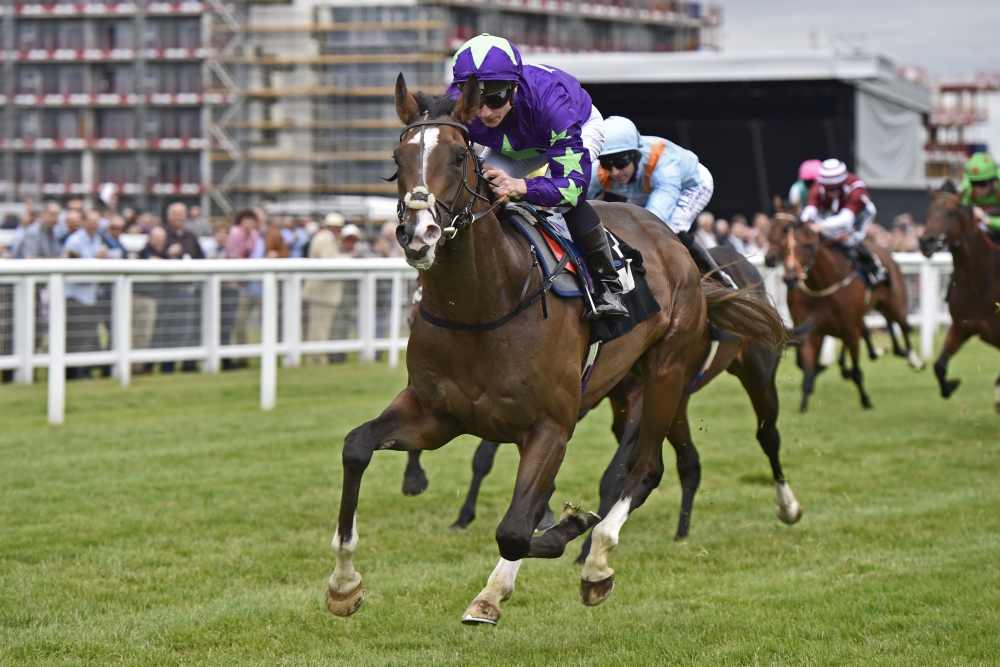 Ambilis (Ralph Beckett/Pat Smullen) has finished runner-up on his two starts in competitive maidens at Newmarket and Goodwood while the field is completed by Argenterie (Marcus Tregoning/Jim Crowley), who was one place behind Ambilis at Goodwood.

Will Young headlines Party In The Paddock

The original Pop Idol, Will Young, headlines Party in the Paddock after racing on Betfred Ladies Day. It will be something of a homecoming for Young, who originally hails from Hungerford.

After bursting on to the music scene when winning the first series of Pop Idol in 2002, Will Young has gone on to be one of the most successful talent show winners. Young has released four Number One albums and his hit singles include Anything Is Possible/Evergreen, Leave Right Now and Light My Fire. The dual BRIT Award winner has also appeared to critical acclaim both on stage and screen and was recently announced as a participant in the 2016 series of Strictly Come Dancing.

Betfred Ladies Day will also feature Newbury’s ever popular Most Stylish Racegoer competition, offering the chance to win a trip to the Seychelles, courtesy of local travel agency Bailey Robinson. The day will again be run in support of Breast Cancer Care.

Tickets are £35 for the Grandstand and £45 for the Premier Enclosure and are available via www.newburyracecourse.co.uk

The highlight of the card is the £25,500 Listed Bathwick Tyres St Hugh’s Fillies’ Stakes (3.55pm) over five furlongs for two-year-old fillies. The 11 runners include the unbeaten Mrs Danvers (Jonathan Portman/Richard Kingscote), who cost just £1,000 but scooped a massive £122,925 prize when successful in the Weatherbys Super Sprint at Newbury on July 16. Mrs Danvers re-opposes Stormy Clouds (Richard Hannon/Pat Dobbs), the length and a quarter runner-up in the Weatherbys Super Sprint.