It was a gutsy performance from Splash Of Ginge, who was having his first start in a handicap, and he fought off the challenge of the more fancied trio, Dell’ Arca, Irish Saint and Cheltenian. 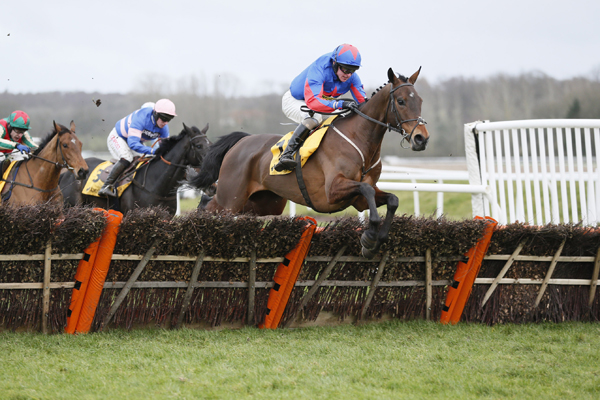 Before racing dual Hennessy Gold Cup winner Denman and Sprinter Sacre, widely regarded as the best steeplechaser in training, thrilled the crowds when they walked around the parade ring and posed for photographs.

Denman was returning to the scene of two of his greatest victories and later led out the horses for the parade of the race named in his honour, the Betfair Denman Chase.

Sprinter Sacre wore his heart monitor as he circled the parade ring, the next step of his recuperation after being pulled up at Kempton in December due to an irregular heartbeat.

Harry Topper was an impressive winner of the Betfair Denman Chase for Jason Maguire and Kim Bailey. The seven-year-old relished the heavy ground, bounding 25 lengths clear of second place Al Ferof to make it two wins from two runs at Newbury.

There was a cracking finish to the Betfair Cash Out Chase (Registered As The Game Spirit Chase) with Module and Dodging Bullets battling it out from the last fence.

Calipto was cut to as short as 8/1 for the Triumph Hurdle after landing the opener in good style, while Smad Place got the better of Sam Winner in the IJF 50th Anniversary Novices’ Chase.

The racecourse ran a competition to win the chance to meet Denman and Jackie Blackwell from Wantage was the lucky winner. 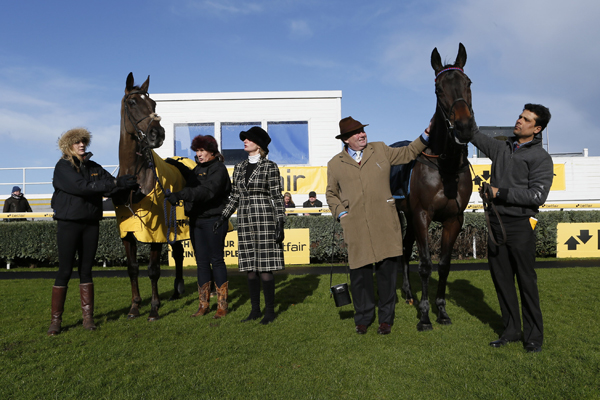 “I would like to thank our sponsors Betfair, whose support is hugely appreciated, for making today such a success. I also have to praise all of our staff for getting this meeting on.

“We were worried earlier in the week, with the rain continuing to bucket down, but Richard Osgood and his team played a blinder to ensure we could race today.

“It was a wonderful experience for our racegoers to see Denman and Sprinter Sacre walk around the parade ring and my thanks go to Charlotte Alexander, who looks after Denman, for bringing the great warrior along.

“Finally, I’d like to pass on my congratulations to the connections of Splash Of Ginge for winning the Betfair Hurdle. It was a fantastic effort for a novice to win such a competitive handicap in that ground.”