The Group One contest, run over Newbury’s straight mile, is the highlight of Al Shaqab Lockinge Day, Newbury’s most valuable raceday with £750,000 in prize money.

Limato, trained locally to Newbury at Wantage by Henry Candy, heads the ante-post betting market. The four-year-old will step up to a mile for the first time but was a highly-progressive performer last season, winning the Group Two Park Stakes over seven furlongs at Doncaster and finishing runner-up to champion sprinter Muhaarar in the six-furlong Group One Commonwealth Cup at Royal Ascot.

Globetrotter Euro Charline is set for her first domestic start since finishing the length runner-up to Amazing Maria (David O’Meara) in the Group One Falmouth Stakes at Newmarket in July last year.

Trained by Marco Botti in Newmarket, the five-year-old mare captured the Grade One Beverly D Stakes at Arlington, USA, in 2014 and was last seen finishing the half-length second to Japanese challenger Real Steel in the Group One Dubai Turf over nine furlongs at Meydan, Dubai, on March 26.

Botti said today: “We have been pleased with Euro Charline since she returned from Dubai.

“We have freshened her up and she did a nice piece of work at the weekend. There are showers forecast, but the plan is to run providing the ground is good.

“I thought it was a great performance in Dubai and there is no doubt she is stronger this year.

“We have not had any issues with her and she has not had much racing for a five-year-old.

“The drop back to a mile is no problem. She has always had plenty of speed and Newbury is a big, galloping track, which will suit.”

Amazing Maria is also among the five-day confirmations. She was a dual Group One winner in 2015, having followed up her Falmouth Stakes victory by taking the Prix Rothschild at Deauville, France, in August. 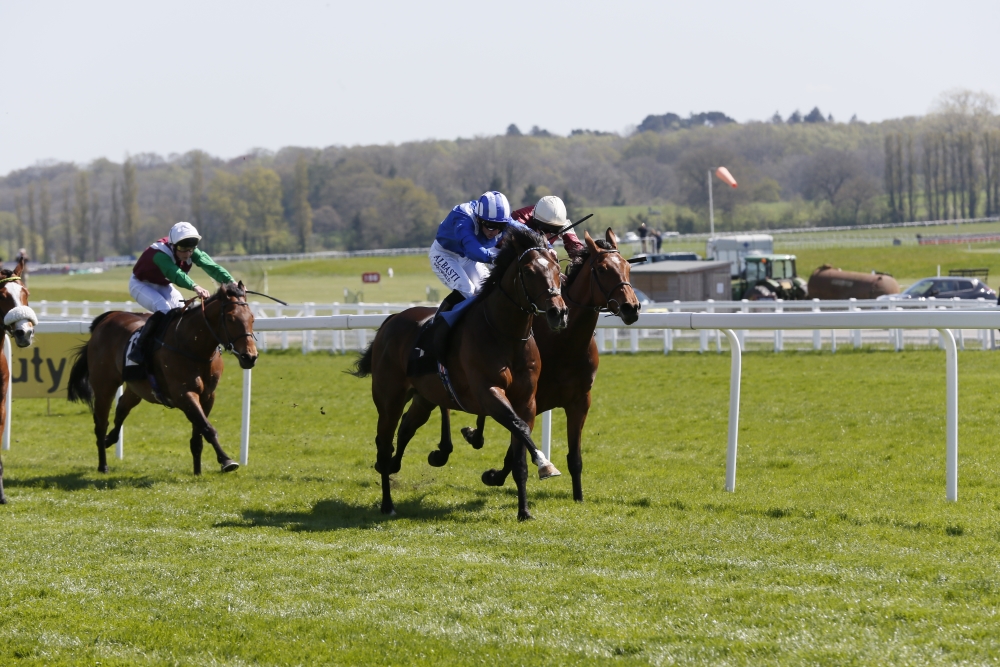 Toormore began the season perfectly with a Group Two victory at Sandown on April 22. Arod made his first appearance of 2016 at Ascot on April 27, when he was third to GM Hopkins (John Gosden) in the Listed Paradise Stakes.

Toormore is one of five possible starters for owner Godolphin. The Maktoum family’s operation could also be represented by 2014 Group One Dewhurst Stakes victor Belardo, likely pacemaker Barchan (both Roger Varian) and Dutch Connection (Charlie Hills), runner-up to Toormore at Sandown last month, plus Home Of The Brave (Hugo Palmer), a comfortable winner on his seasonal reappearance in the Listed Richard III Stakes at Leicester on April 23.

There are two Irish-trained hopes going forward, led by Endless Drama (Ger Lyons), who is set to make his first appearance since finishing runner-up in last season’s Irish 2,000 Guineas.

Ireland’s champion Flat trainer Aidan O’Brien, who won with wide-margin scorer Hawk Wing in 2003, could be represented by Cougar Mountain, who put up his best effort last year when third to champion miler Solow in the Group One Queen Anne Stakes at Royal Ascot.

The Al Shaqab Lockinge Stakes is the centrepiece of a terrific seven-race card at Newbury on Saturday, May 14.

The other highlights are the £70,000 Listed Toronado Carnarvon Stakes (3.20pm, 22 entries) over six furlongs for three-year-olds, the 10-furlong Al Zubarah London Gold Cup (4.30pm, 29 entries) and the £70,000 Listed Haras De Bouquetot Fillies’ Trial (5.05pm, 14 entries), which could provide some late clues for the fillies’ Classic, the Investec Oaks at Epsom Downs next month.

After the conclusion of the seven-race thoroughbred card on Saturday, the Group Three ARO Cup (for Purebred Arabians) is staged at 6.05pm.

The going at Newbury is currently Good to Firm, with watering as necessary.