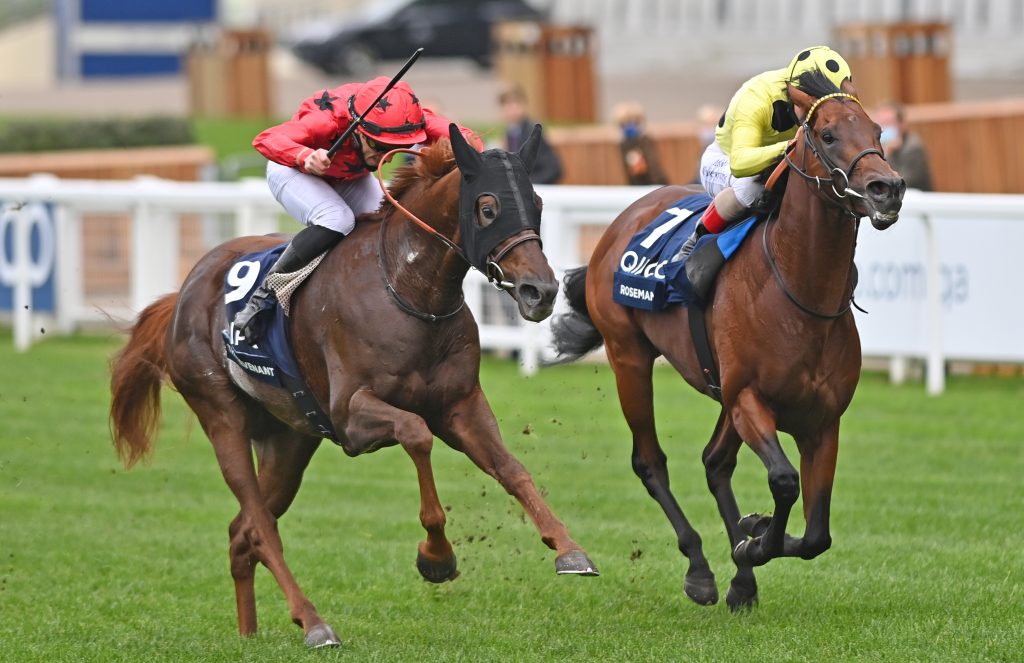 France’s top miler The Revenant could add an international flavour to the £350,000 Al Shaqab Lockinge Stakes, run at Newbury on Saturday, May 15, for which he is one of 31 entries, announced today.

The Francis Graffard-trained winner of last year’s Queen Elizabeth II Stakes at Ascot is joined by Britain’s best at the distance Palace Pier and Order Of Australia, the Aidan O’Brien-trained winner of the Breeders’ Cup Mile, in the nominations for the first older horse Group 1 of the British Flat Turf season which forms part of QIPCO British Champions Series.

The Revenant has earned close to £1 million in prize-money, winning nine times since joining Graffard and has never finished out of the first three in 13 career starts.

The Revenant is owned by Al Asayl Bloodstock, whose racing manager Harry Peter-Hoblyn, said: “It’s important for us to take one race at a time with The Revenant who runs this Saturday at Saint-Cloud in the Group 3 Prix Edmond Blanc, which he won in 2019.

“But if all goes well, we would love to bring him over to Newbury for the Lockinge in May. It was the target last year before sadly it was lost to COVID and looking at the race, it’s a perfect fit on paper.”

Roseman, Palace Pier and Lord Glitters, second, third and sixth in the Queen Elizabeth II Stakes, are also engaged in the 1m contest for which total prize-money has been set at the 2019 pre-COVID value of £350,000, representing a significant investment in the race and commitment to the sport by sponsors, Al Shaqab Racing.

Alison Begley, Racing Manager for Al  Shaqab Racing said: “Al Shaqab Racing feel it’s important to maintain sponsorship levels to an industry which has been hit hard with prizemoney levels having dropped significantly due to the pandemic. We are delighted that so many of the top European milers have been entered for this year’s renewal.”

Aidan O’Brien, who has won the straight mile contest on two occasions, has entered five in the race, with Armory, Innisfree, Lope Y Fernandez and Mogul joining Order Of Australia.

Other Irish entries include the Johnny Murtagh-trained fillies Champers Elysees and Know it All. Champers Elysees progressed through handicaps to win the Group 1 Matron Stakes last year, in which Know It All finished fourth.

“They have just started a bit of fast work now so the plan is to run one or both of them in the Gladness Stakes at the Curragh [April 17] and if they shot the lights out, they could take their chance,” said Murtagh.

“We ran Champers Elysees in the Sun Chariot on her last start last year. It was decided to keep her in training as a four-year-old. They have both done well over the winter. We will see how they get on at the Curragh. It’s exciting even entering them in the Lockinge.”

Keith Ottesen, Clerk of the Course for Newbury Racecourse said: “It’s exciting to see strong entries for the Group 1 Al Shaqab Lockinge Stakes this year after it was sadly lost to COVID in 2020. Thanks to the ongoing support of sponsors Al Shaqab, the total prize fund on offer for the race is set at the pre COVID level of £350,000. This significant investment reflects their ongoing commitment to the sport and their supporting races, the Al Rayyan Stakes (registered as the John Porter) and Haras de Bouquetot Fillies’ Stakes, will also be holding their values of £100,000 and £70,000 respectively.

“These are probably the strongest entries we could have hoped for including The Revenant, a very strong Irish contingent from the stables of Aidan O’Brien and Johnny Murtagh along with the very best milers in the UK and we are delighted with the entries at the first stage.

“Sadly, we narrowly miss out on welcoming crowds back for our Group 1 showpiece, but positively, are looking forward to welcoming owners back through our gates for our upcoming Flat Season and are grateful to them for their ongoing support of Newbury Racecourse.” 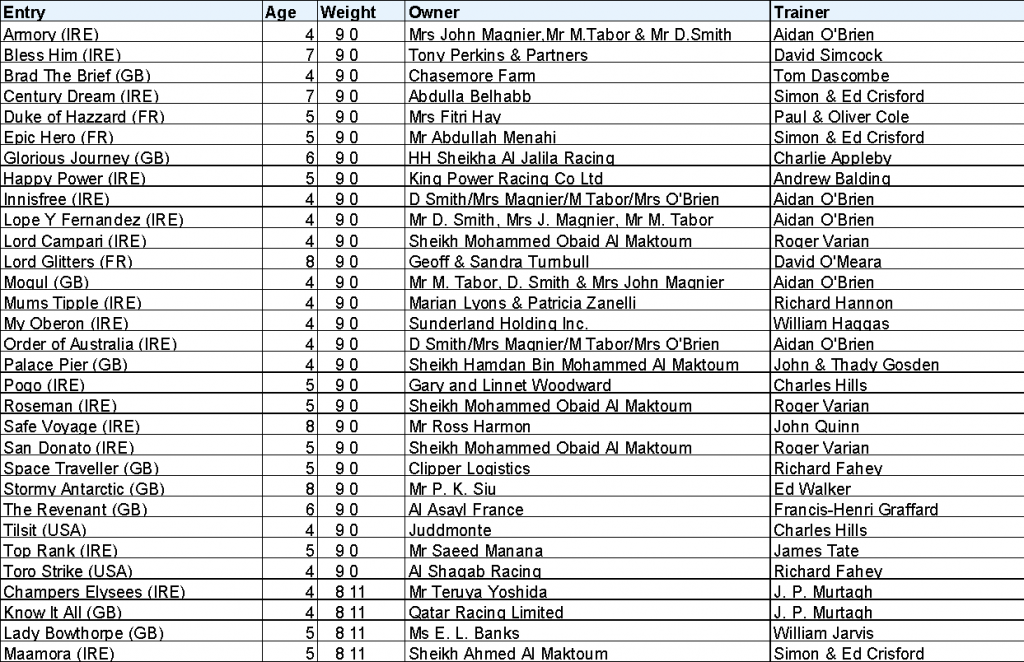