Newbury Racecourse is scheduled to stage its first fixture of 2016 tomorrow, Wednesday, January 20, with a six-race card running from 1.25pm to 4.20pm.

An intriguing contest is the cards for the £7,000 Betfred January Sale British Stallions Studs EBF Mares’ Novices’ Hurdle (3.45pm, seven runners). The field is headed by Hollies Pearl (Peter Bowen/Sean Bowen), who landed the Listed mares’ bumper at Aintree last season and was a winner on her hurdling debut at Chepstow in October.

Mia’s Storm (Alan King/Wayne Hutchinson) has also shown good form in bumpers, taking second in a Listed contest at Huntingdon on December 6. Prior to joining King’s yard, the six-year-old won an Irish point-to-point in April, 2015.

Sam Thomas enjoyed one of his finest moments in the saddle when partnering Denman to success in the 2007 Hennessy Gold Cup at Newbury (pictured below) and is set to saddle his first two runners at the course tomorrow with Ballybrowneybridge (Richard Johnson) and On The Couch (Jake Greenall) both set to line up in the extended two and half mile contest.

Ballybrowneybridge has made two starts in novices’ hurdles so far, most recently when finishing fourth at Huntingdon on January 6, while On The Couch is set to make her hurdling debut, having shown some good form when third in two Irish point-to-points. 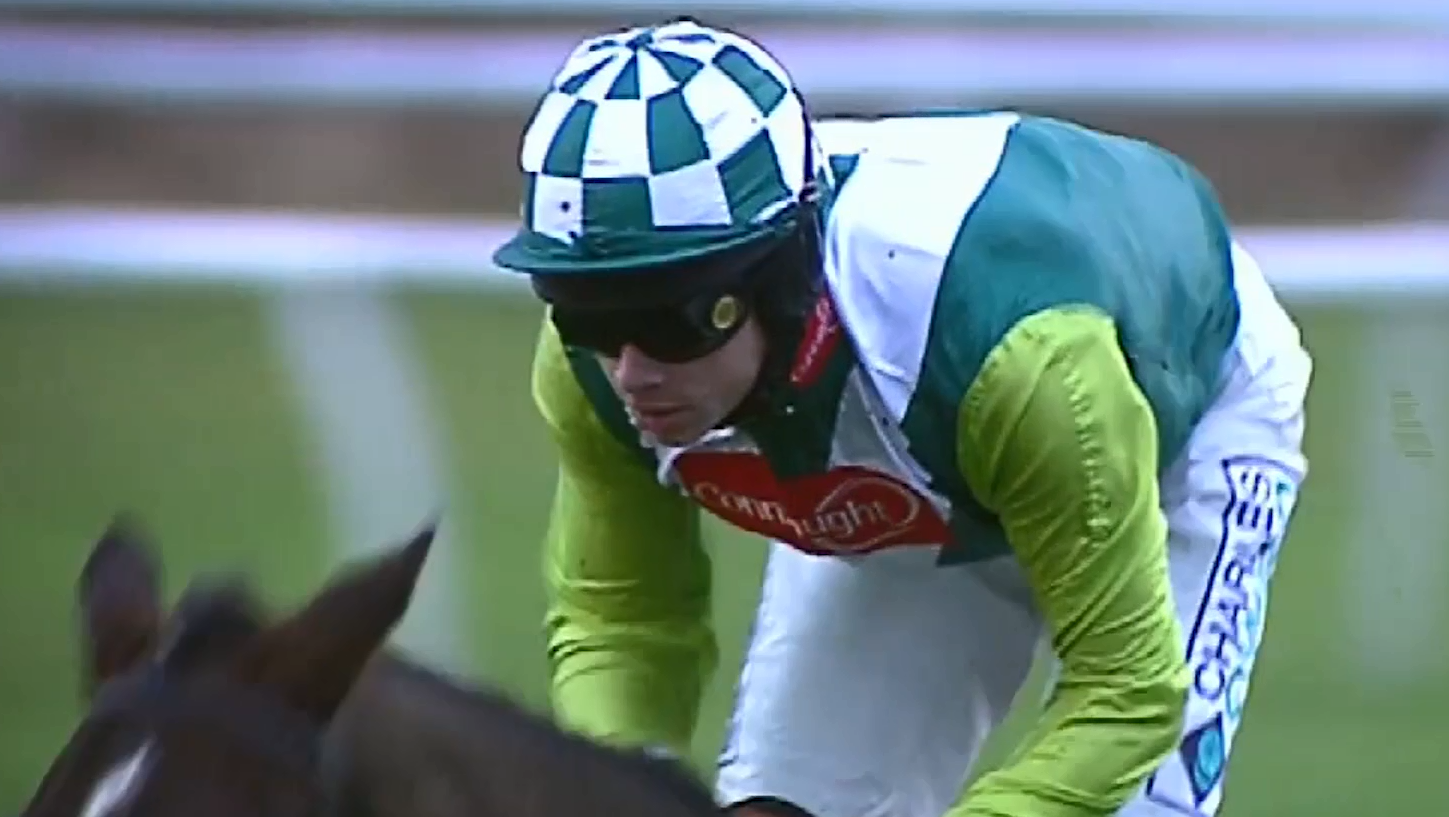 Thomas, who is based at Northleach in Gloucestershire, said today: “Ballybrowneybridge ran for us in a similar contest at Huntingdon earlier this month. She ran a nice race that day and wasn’t beaten far – she looks a horse for the future.

“It doesn’t look the easiest of opportunities tomorrow but we know what we have to do. The likely top two in the betting will be tough to beat but she should run her race.

“On The Couch showed some promise in Irish point-to-points but the ground will be a bit of an unknown for her. She probably wants better ground but is a nice, big mare who wants a galloping track and we should learn more about her tomorrow.”

A field of 12 goes to post in the £10,000 Betfred Treble Odds On All Lucky 15s Handicap Chase (3.10pm) over just short of three miles. Rookie trainer Kerry Lee, who has her string in fine form at the moment, is represented by Goodtoknow (Jake Greenall), while Alan King runs the unexposed Willoughby Hedge (Wayne Hutchinson), who showed good form in novice hurdles two seasons ago and fell when travelling well on his return to action in a novices’ handicap chase at Newbury last month.

The joint-richest race of the day is the £10,000 Betfred Mobile Novices’ Limited Handicap Chase (2.35pm, six runners) over an extended two miles. Sea Wall (Chris Gordon/Tom Cannon) was a comfortable winner at Lingfield in December before falling in a novices’ handicap chase at Newbury’s last meeting on December 29, while Boru’s Brook (Jim Best/Jamie Moore) and Ballyadeen (Dai Williams/James Banks (3)) both come into the race on the back of wins last time out.

Precautionary Inspection at 8.00am tomorrow

A precautionary inspection is scheduled to take place at 8.00am tomorrow.

The racing line on both the hurdle and chase courses has been covered with frost covers to protect them.

The going at Newbury is currently Heavy, Soft in places, on both courses.

Tomorrow’s weather is forecast to be cloudy with sunny spells and a maximum temperature of plus four degrees Celsius.