Warren Greatrex, who set La Bague Au Roi on an unbeaten run at Newbury in November, showed off a talent he believes could become her equal or even better when Emitom stretched his perfect record to five wins at his local track on Friday.

The winner of hurdle races at Lingfield and Ffos Las proved he could handle the bigger stage when he repelled the Nicky Henderson-trained Interconnected by three quarters of a length despite conceding 10lb to his opponent in the RR Elite Novices’ Hurdle. Like La Bague Au Roi, who won a Grade 1 on her last start, Emitom holds no engagements at Cheltenham but is predicted to feature at the festival in years to come by his Lambourn trainer.

Greatrex said: “I was worried today and thought he would have to produce a serious performance and to give 10lb to some good horses means he is very good, seriously good.

“He will go to Aintree now where we will put him in the two and half and three-mile novice hurdles. I think he is right up there with the best I have trained without a shadow of a doubt. He is so talented, a bit special. “He has won two before today easy and today he has had to fight so he has pretty much got everything you want. We ran out of time for Cheltenham with him as I needed to get a prep run into him.

“I know the owners are disappointed, but this horse has a huge career and he could be going there for the rest of his career.” 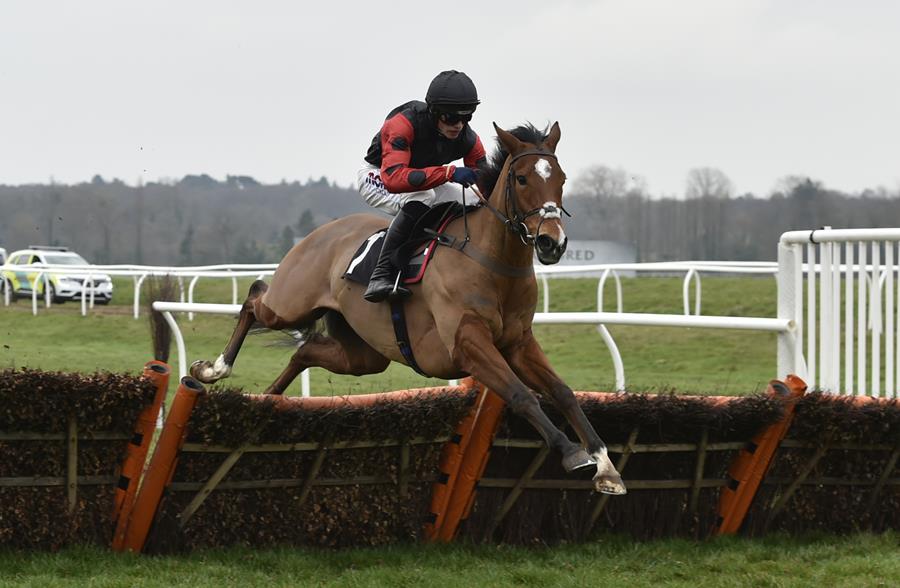 Christoper Wood (above) wins for Harry Cobden and Paul Nicholls

Paul Nicholls, a serial winner on Greatwood Charity day, warmed up for the Saturday meeting with a victory from Christopher Wood who clinched his second win since switching from the Flat to jumps.

He is another who could be lining up at the Aintree Grand National meeting next time after a comfortable victory in the Irish Thoroughbred Marketing Juvenile Hurdle.

Nicholls will saddle three runners in the Greatwood Gold Cup in which he will be seeking his ninth success.

The trainer’s assistant Harry Derham said: “Dolos is probably the best one. He is going up in trip. He is not the easiest to place with his rating but the owner wasn’t keen to go to Cheltenham so this looks a nice race for him.

“Warrior’s Tale was disappointing last time and I couldn’t give you a reason. He loves Newbury and seems in good form. He will go to Aintree after that. He is in the Grand National but we would like to run him in the Topham, for which he would be one of the favourites.

“San Benedeto is probably badly handicapped but spring is more his time of year so hopefully he will come back into form some time soon.”

Welcome break for the two Jonjos

Jonjo O’Neill jnr’s first winner at Newbury could hardly have been easier as Ey Up Rocky, trained by his father, captured the Physicool Conditional Jockeys’ Handicap Hurdle.

Ey Up Rocky suffers from a fibrillating heart condition and has to undergo regular checks before being allowed to run.

“We tested him in the stables, again when we saddled him and at the start,” said O’Neill snr, for whom it was the trainer’s first win at the course since November 2015.

“He won that nicely. Luke Harvey rode him in his last work at home so he will be making a comeback now probably!”

The members of the Colin Tizzard Racing Club are enjoying a prolific season with Lillington who gained his fourth win of the campaign in the Oakley Coachbuilders Handicap Chase.

“He is lovely club horse to have,” said Tizzard. “He’s been to Cheltenham and Newbury when we only thought he would be a horse for Monday at Plumpton.”

Below: Lillington wins under Tom Scudamore for the Colin Tizzard Racing Club 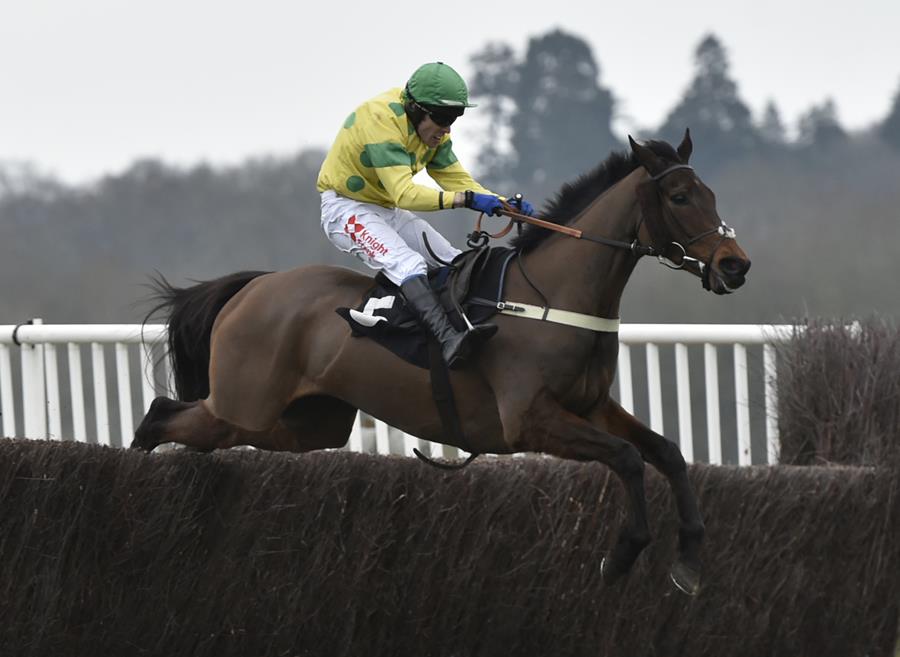