Newbury Racecourse stages Betfred Ladies Day this Saturday, August 13, with a tremendous seven-race card followed by Will Young headlining the Party in the Paddock.

Last year’s winner Adaay and the unbeaten Hit It A Bomb feature among 16 confirmations for the feature £150,000 G2 Betfred Hungerford Stakes (4.10pm).

Adaay (William Haggas) is bidding to become only the second two-time winner of the seven-furlong contest following on from Jimmy Reppin (1968 & 1969), while Hit It A Bomb (Aidan O’Brien) could have his first start since capturing the G1 Breeders’ Cup Juvenile Turf at Keeneland, USA, in October.

Exciting three-year-old Nemoralia is the one filly among the entries. Trained by Jeremy Noseda, she bolted up by six lengths in a Listed race at York in May before chasing home Qemah in the G1 Coronation Stakes at Royal Ascot in June.

Connections of Convey (Sir Michael Stoute) are hoping the four-year-old can build on his comfortable victory last time out in the Listed Pomfret Stakes at Pontefract.

The four-year-old son of Dansili posted some good efforts earlier this season, including when going down by a head to Godolphin’s Home Of The Brave (Hugo Palmer) in the G3 Timeform Jury Stakes at Haydock Park in May, but disappointed in both the Royal Hunt Cup and G2 Summer Mile at Ascot.

Lord Grimthorpe, racing manager to owner Khalid Abdullah, said today: “Convey had a couple of near misses at York and Haydock earlier in the season and won well in a little confidence booster at Pontefract the other day.

“He now has to step back up in class and take on the big boys again, but he is a talented horse and deserves to take his chance in a race like this. 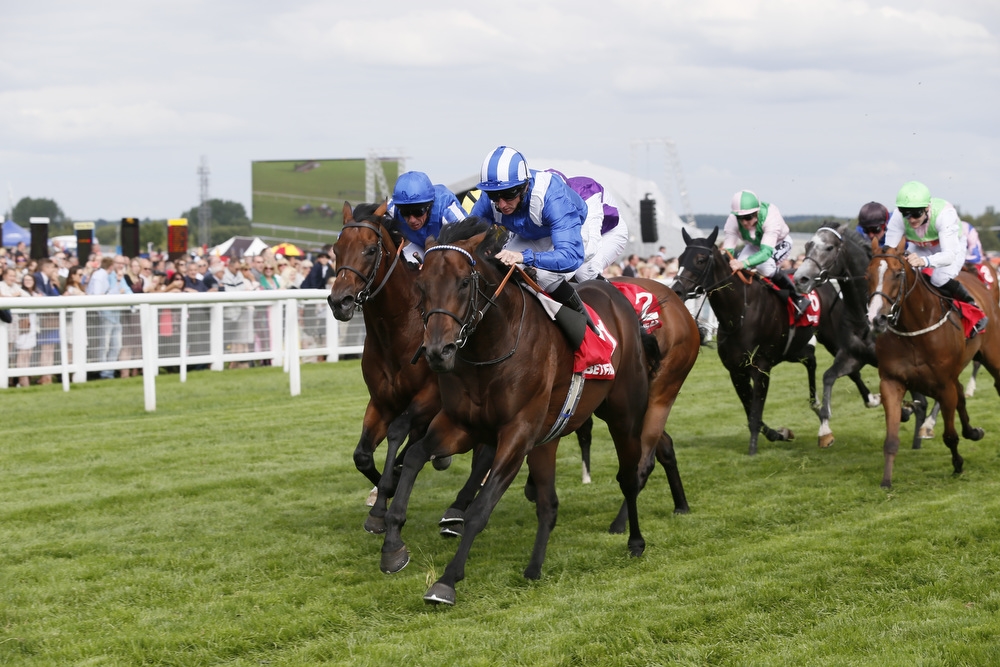 “He has got plenty of speed so the drop back to seven should not be a problem.”

Another highlight on Betfred Ladies Day is the £25,500 Listed Denford Stud Washington Stud Stakes (2.30pm) for two-year-olds over seven furlongs. The outstanding roll of honour for this contest includes future superstars such as Rodrigo De Triano, Lammtarra, Haafhd, Just The Judge and Belardo.

The 11 entries for the 2016 renewal include Escobar (Hugo Palmer) and Emmie (Harry Dunlop), who both won over seven furlongs at Newbury on their debuts.

Also taking place on Betfred Ladies Day is the £60,000 G3 Betfred Geoffrey Freer Stakes (3.05pm) over a mile and five furlongs, which has reopened for entries until 11.00am tomorrow.

Will Young headlines Party In The Paddock

The original Pop Idol, Will Young, headlines Party in the Paddock after racing on Betfred Ladies Day. It will be something of a homecoming for Young, who originally hails from Hungerford.

After bursting on to the music scene when winning the first series of Pop Idol in 2002, Will Young has gone on to be one of the most successful talent show winners. Young has released four Number One albums and his hit singles include Anything Is Possible/Evergreen, Leave Right Now and Light My Fire. The dual BRIT Award winner has also appeared to critical acclaim both on stage and screen.

Betfred Ladies Day will also feature Newbury’s ever popular Most Stylish Racegoer competition, offering the chance to win a trip to the Seychelles, courtesy of local travel agency, Bailey Robinson. The day will again be run in support of Breast Cancer Care.

Tickets are £35 for the Grandstand and £45 for the Premier Enclosure and are available via www.newburyracecourse.co.uk

Newbury also races on Friday, August 12, with a seven-race programme running from 2.20pm to 5.35pm.

The highlight of the card is the £25,500 Listed Bathwick Tyres St Hugh’s Fillies Stakes (3.55pm) for two-year-olds over five furlongs. The 25 entries include the unbeaten Mrs Danvers (Jonathan Portman), who cost just £1,000 but scooped a massive £122,925 prize when successful in the Weatherbys Super Sprint at Newbury on July 16.

Mrs Danvers could re-oppose both the second and third from the Weatherbys Super Sprint – Stormy Clouds (Richard Hannon) and Clem Fandango (Keith Dalgleish), who was also third in the G2 Queen Mary Stakes at Royal Ascot.

Newbury Racecourse is pleased to announce it will be staging 28 racedays in 2017.

There are 11 Jump fixtures and 18 on the Flat, including the Dubai International Arabian Raceday (Sunday, July 30).

A full list of fixtures can be found here.