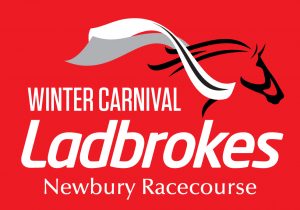 Cloth Cap is firmly on target to attempt to claim back-to-back victories in the £250,000 Ladbrokes Trophy at Newbury on November 27 after he headed a list of 42 entries for the historic prize.

His trainer Jonjo O’Neill said, “We would love to pull it off again,” and deliver a poignant success for the family of the late Trevor Hemmings, the Ladbrokes Trophy’s winning-most owner who passed away earlier this month.

Hemmings won the race with Trabolgan in 2005, Many Clouds in 2015 and Cloth Cap last year and had been actively involved in planning Cloth Cap’s campaign for 2021-22 season up to his death.

Cloth Cap and the Venetia Williams-trained Cloudy Dream make up the Hemmings entries in a list which also features a high quality representation from Ireland.

The first three from a contentious finish to the Bet365 Gold Cup, Potterman, Kitty’s Light and Enrilo, who was demoted from first place, are also entered. Enrilo, with Lalor and Next Destination, make up a three-strong entry from champion trainer Paul Nicholls, who has won the race three times as a trainer.

Cloth Cap made all the running to beat Aye Right by ten lengths at Newbury last year off bottom weight of 10st. In winning the race for a third time jockey Tom Scudamore joined Willie Robinson as the Ladbrokes Trophy’s most successful rider.

Now rated 20lb higher, Cloth Cap made a satisfactory return to action by finishing fourth at Cheltenham on Saturday in the same race in which he had finished third 12 months earlier.

“If I run anything in the Ladbrokes Trophy, I always try and get them a run first,” said O’Neill. “It’s a pretty hard race early in the season and in my opinion they need a nice rest after that. Lots of good horses have won it.

“I don’t think we will have 10st this year unfortunately but it’s a good race to win. It’s great prize-money. It’s probably the long distance race of the early part of the season. We would love to pull it off again. It would be great for the Hemmings family. It is the aim, so we will try.”

He continued: “He was a very well handicapped horse last year and the big problem then was we were worried that he wasn’t going to get into the Ladbrokes Trophy. He scraped in at the bottom. He did everything well on the day and Tom got on great with him so it all worked out really well.

“Obviously he is not as well handicapped this year but he ran a nice race at Cheltenham. We were very pleased with him and hopefully we can keep him like that and he will be able to handle the weight.

“He’s not a big horse, but I’ve had plenty of horses like that. Sunnyhillboy was only a handy little horse and only just got beat in the National, so I am not so worried about that.”

Together with racing manager Mick Meagher, O’Neill would regularly liaise with Hemmings who was one of jump racing’s staunchest supporters.

O’Neill said his loss was keenly felt. “Trevor was very important. People like him are the backbone of jump racing. They love it, they are passionate about it. It’s a shame to be losing him.

“He loved the Ladbrokes Trophy. He nearly always tried to have a runner in it. Long distance chases were his passion.

“This was the plan when the horse came back, to go down the same route as last season.”

Clerk of the Course, Keith Ottesen, commented, “The Ladbrokes Trophy is one of the highlights of our National Hunt season at Newbury and it is fantastic to see such a high quality group of entries. It’s particularly exciting to see good Irish entries from Willie Mullins and Henry de Bromhead, along with some top-class horses from this side of the Irish Sea. We can’t wait to see Cloth Cap back at Newbury to defend his title, and this time with a large crowd to cheer him home!”

Nicola McGeady, Head of PR at Ladbrokes said, “The Ladbrokes Trophy is one of the most historic jump races in the calendar, which has been won by some of the greats of the sport. This year promises to be another competitive running with last year’s winner Cloth Cap one of the leading fancies for the race.”

To view the full video of Jonjo O’Neill and Cloth Cap, please follow this link: https://www.youtube.com/watch?v=y2aZD_7de9A