Betfair’s 15/2 favourite is Ballyandy (Nigel Twiston-Davies), who has been allotted 10st 6lb for what would be his handicap hurdle debut.

The six-year-old won the G1 Champion Bumper at last year’s Cheltenham Festival, but has yet to get his head in front in three starts in novices’ hurdles, most recently going down by half a length in a G2 contest at Sandown Park on December 2.

Also prominent in the market with Betfair are Modus (Paul Nicholls, joint top-weight of 11st 12lb, 10/1 with Betfair, pictured), who triumphed on January 14 in the Listed Lanzarote Handicap Hurdle at Kempton Park. Owner J P McManus and trainer Paul Nicholls are also responsible for exciting novice Movewiththetimes (10st 7lb, 10/1), successful on two of his three starts over hurdles.

McManus, who saw his colours carried to victory in the Betfair Hurdle by My Tent Or Yours (2013) and Get Me Out Of Here (2010), owns six of the Betfair Hurdle entries. They also include Consul De Thaix (Nicky Henderson, 10st 11lb, 12/1), runner-up in a valuable G3 handicap at Ascot in December and the lightly-raced Winter Escape (Alan King, 10st 11lb, 16/1), winner of his first three starts but a disappointment when favourite for the Greatwood Hurdle at Cheltenham in November. 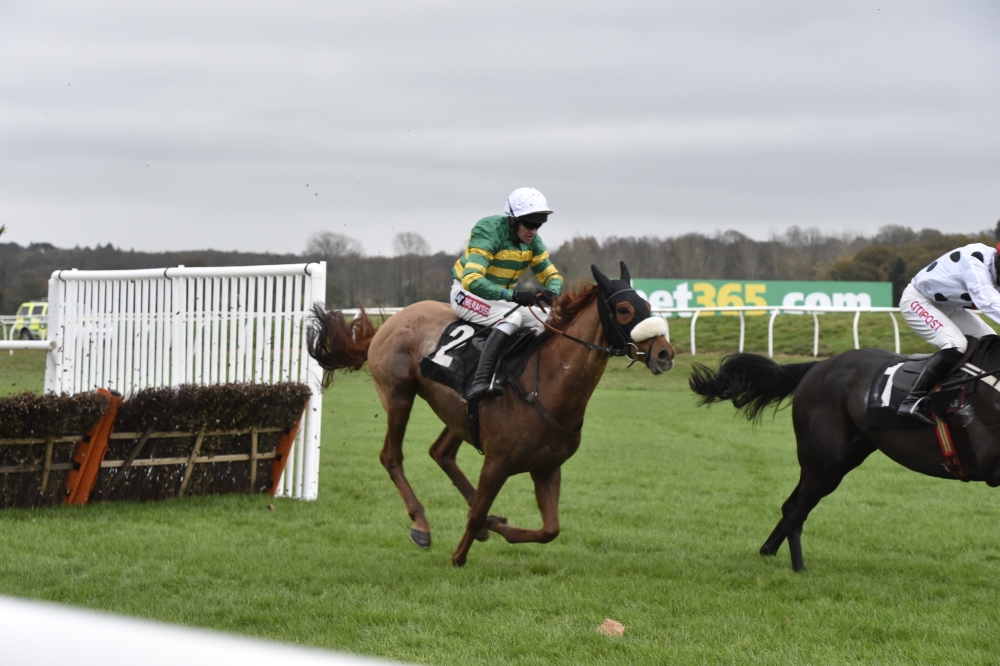 A very interesting Irish-trained entry is Rashaan (Colin Kidd, 11st 11lb, 20/1), who claimed the notable scalps of G1 winners Apple’s Jade and Petit Mouchoir when successful in the G2 WKD Hurdle at Down Royal on November 4.

Kidd, who is based in County Carlow, is mulling his options with the five-year-old and commented: “The Betfair Hurdle is an option for Rashaan.

“I haven’t decided which way to go with him yet. There is a nice two-mile Flat race on the All-Weather at Dundalk on the same weekend as the Betfair Hurdle, which is another possible target.

“A lot will depend on the going as he does want good ground and there is quite a big difference between his rating in Ireland and the weight he has been given at Newbury.

“All has been good with him since he won at Down Royal and we are deciding where we will go with him next. He needs one run before he goes to Cheltenham.”

Other contenders prominent in Betfair’s ante-post market are Peter The Mayo Man (Neil Mulholland, 10st 13lb, 14/1), an 11-length winner over the course and distance on November 3 and Wait For Me (Philip Hobbs, 10st 9lb, 16/1), another course and distance scorer who was a staying-on fourth in last season’s County Hurdle.

Betfair Spokesman Barry Orr commented today: “Ballyandy looks to have a decent racing weight and having won the contest with Splash of Ginge in 2014 his trainer, Nigel Twiston-Davies, knows what’s required to win this prestigious handicap and he is sure to have the Cheltenham bumper winner nicely primed.

“It is an ultra-competitive betting heat and we are paying five places to each way punters in the race.”

A maximum field of 24 runners is permitted to line up for the Betfair Hurdle. There is a scratchings deadline on January 24, details of which will be revealed on January 25.

Betfair Super Saturday offers a feast of top-quality action. In addition to the Betfair Hurdle, other highlights include the Grade 2 £50,000 Betfair Denman Chase and the £50,000 Grade 2 Betfair Exchange Chase.