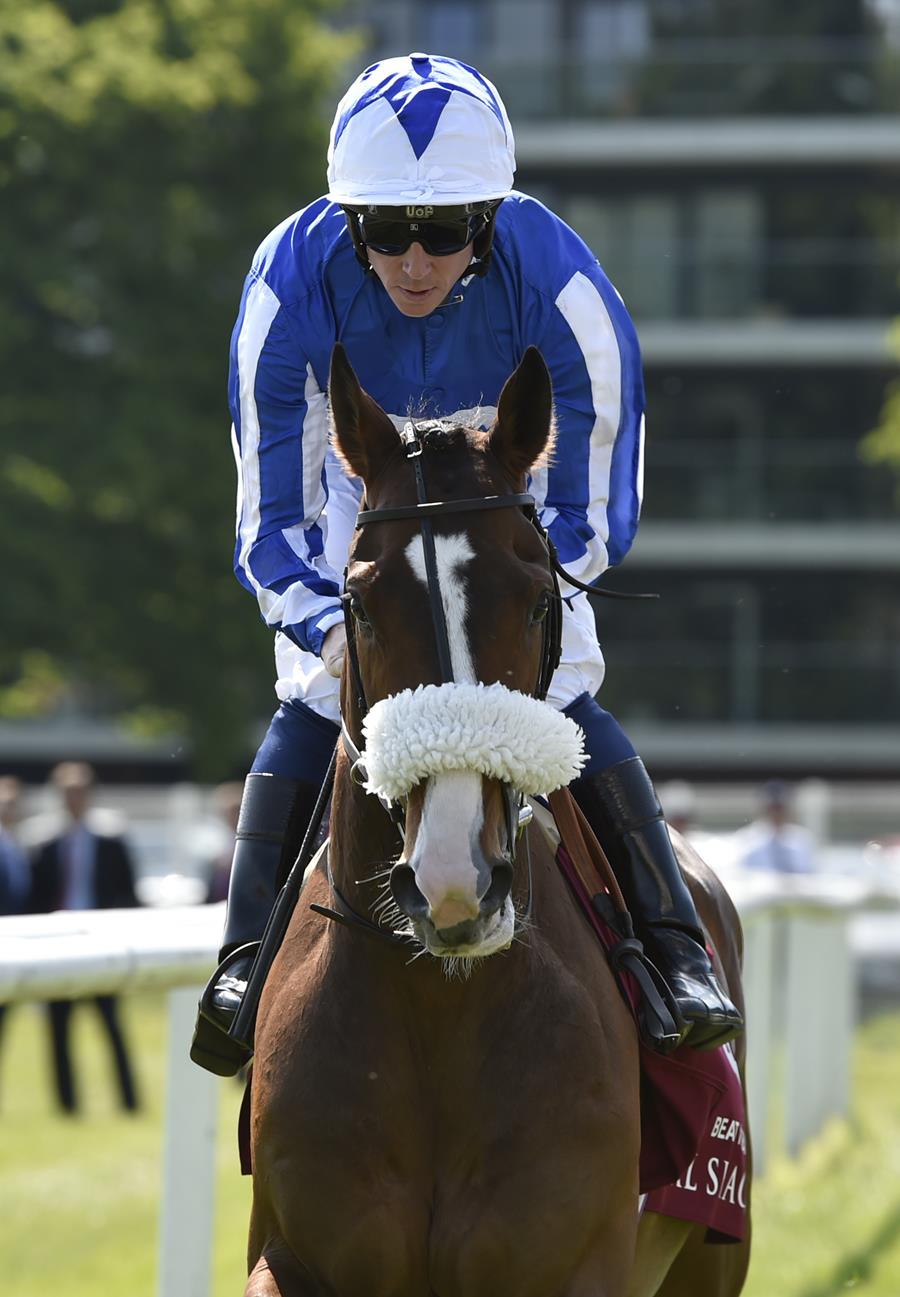 Beat The Bank at Newbury Racecourse in 2018

Beat The Bank earned himself another tilt at landing the Group 1 victory his trainer believes he deserves after securing a bet365 Mile win on Friday that set him up for a crack at the Al Shaqab Lockinge Stakes at Newbury on Saturday 18 May.

The five-year-old, who finished only 12th in the 2018 Al Shaqab Lockinge Stakes, showed he was in much better form this term by outbattling two other candidates for the May 18 feature, Sharja Bridge and Regal Reality, and claim his fifth Group race win for King Power Racing at Sandown.

Trainer Andrew Balding is yet to win the Lockinge Stakes, the £350,000 1 mile feature race of Newbury’s richest Flat raceday, which his father Ian captured twice with Silly Season in 1966 and Selkirk in 1992 from the family base in Kingsclere.

Andrew Balding said: “Beat The Bank deserves to win again. He is really tough. He can look like he’s beat but keeps finding. At some stage he will try a mile and quarter but he will probably go to the Lockinge next and we will take it from there.

“Last year’s Lockinge was his first run of the year and he wasn’t firing then. We are really happy with him this spring. He deserves to win a Group 1 at this stage. He is a special horse and one of the first horses they [King Power] had. The chairman was particularly fond of him. He’ll be happy.”

Beat The Bank would bid to become the first horse since Paco Boy in 2010 to win the Bet365 Mile and follow up in the Al Shaqab Lockinge Stakes, where Roger Varian, trainer of Sharja Bridge, would not rule out his horse turning the tables following his half length defeat.

“He probably hasn’t done too much wrong,” he said. “He was outbattled a little bit. We are talking about a horse that won a handicap at the end of last season, a listed race at Doncaster, very well and this was a step up again. The winner had won three Group 2 races.”

Varian, who won the Lockinge in 2016 with Belardo, added: “I don’t know why but I think he is better on a flat track. He’s got beat here, he’s got beaten at Pontefract and been beaten at Newmarket, all uphill finishes. A straight mile, a strong pace should suit him.

“He probably deserves to line up in a Lockinge Stakes. Belardo was only fourth in this race [bet365 Mile]. We are disappointed but we are not dejected.”

Another horse who could be heading to Newbury for Al Shaqab Lockinge Stakes day is leading middle distance performer Crystal Ocean.

He won the Group 3 Al Rayyan Stakes at Newbury last year on the way to success in the Hardwicke Stakes at Royal Ascot and could bid for a repeat win this year after capturing the Group 3 Bet365 Gordon Richards Stakes for the second time.

His trainer Sir Michael Stoute said: “He won much more comfortably this time so that was pleasing. He could go back to Newbury but we will also consider the Tattersalls Gold Cup at the Curragh. It would be either or.”