Newbury Racecourse finishes 2016 in tremendous style tomorrow, Saturday, December 31, with a seven-race card on Betfred Challow Hurdle Day, which is being broadcast free to air on Racing UK.

The feature £40,000 Grade One Betfred Challow Hurdle (1.50pm, eight declarations) is staged over an extended two and a half miles. The £40,000 contest has a tremendous roll of honour with past winners including such luminaries as Large Action, Denman, Wichita Lineman, Diamond Harry and Reve De Sivola. Last season’s renewal went to the high-class Barters Hill.

This year’s Betfred Challow Hurdle features the first Irish-trained contender for at least 30 years in Baltazar D’Allier (Gordon Elliott/Barry Geraghty). The J P McManus-owned five-year-old, a winning point-to-pointer, could not have been more impressive on his hurdling debut when sauntering to a six-length victory over just short of two and a half miles at Naas on November 12.

Elliott said today: “Baltazar D’Allier has travelled over and seems in good form. It is obviously a very competitive race but it is a Grade One and that is to be expected.

“All these races are stepping stones and the racing is so competitive at this time of year with everybody going that you have to split the horses up a bit.

“We think Baltazar D’Allier is a nice horse for the future and we are looking forward to running him.”

Messire Des Obeaux (Alan King/Daryl Jacob) is unbeaten over hurdles this season, with his latest success coming in Grade 2 company at Sandown Park on December 2, when he saw off last season’s Champion Bumper winner Ballyandy by half a length. The four-year-old was previously successful by 10 lengths at Bangor on November 9 and wasn’t beaten far when seventh in the Grade 3 Fred Winter Juvenile Handicap Hurdle at last season’s Cheltenham Festival.

“There was the option of a Listed race at Cheltenham on New Year’s Day but we felt the ground would be softer at Newbury, which suits him better. 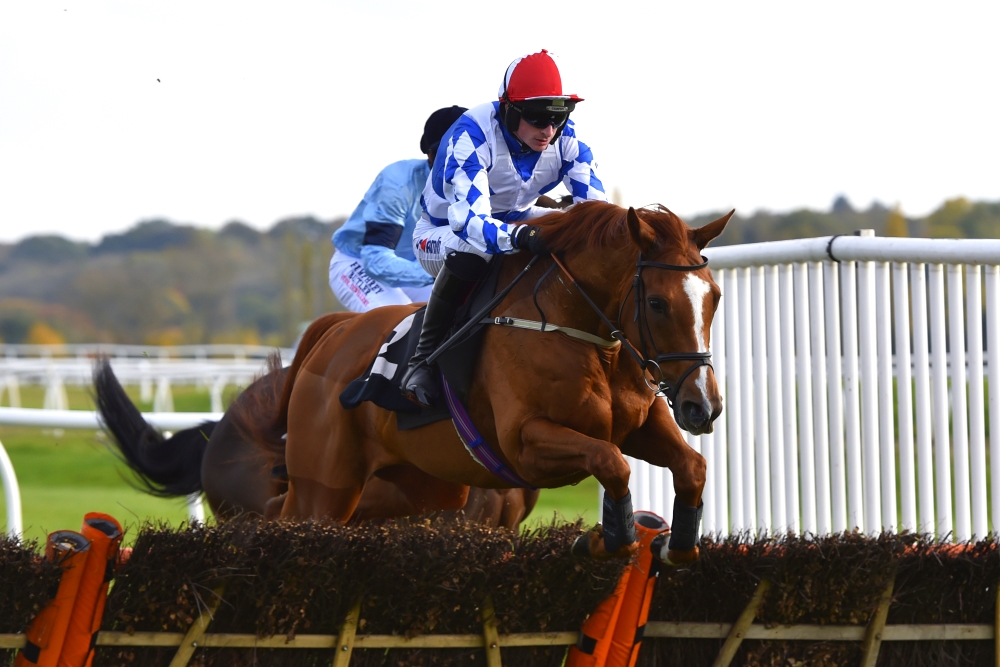 “It looks a very competitive race and it is interesting that there is an Irish horse coming over as well. We go there with a fighting chance but it is a tough contest as you would expect.”

Colin Tizzard is enjoying a spectacular Festive period and is represented by Elegant Escape (Tom O’Brien), a €150,000 purchase who has won both his starts so far over hurdles with victories at Chepstow in October and Ascot the following month. Both Peak To Peak (Paul Nicholls/Sam Twiston-Davies) and Robin Roe (Dan Skelton/Harry Skelton) were successful on their only start over hurdles at Fontwell and Aintree respectively.

Also lining up in the Betfred Challow Hurdle are the Grade Two-placed performers Ami Desbois (Graeme McPherson/Kielan Woods) and Cultivator (Nicky Henderson/Noel Fehily), plus Major Mac (Hughie Morrison/Gavin Sheehan), who was successful over the course and distance in a novices’ hurdle on November 3.

Action gets underway at 12.10pm and concludes at 3.35pm. The going at Newbury is currently Good to Soft on the Chase Course and Good to Soft, Soft in places on the Hurdle Course.

Also on the day will be the climax of the Betfred BTO £5000 Cash Draw, in which one lucky member of stable staff will walk away with £5000 thanks to sponsors Betfred. 151 stable staff, all of whom have won Best Turned Out Awards in Betfred-backed races during 2016, are in with a chance to win.

Betfred boss Fred Done said: “These lads and lassies are the grafters of our game. They are up before the lark to exercise the horses and that’s just one of their arduous duties. They then do such a magnificent job on race day – a key role for the whole spectacle of the event. All 151 of them in the draw are winners in my eyes. Let’s hope a very worthy £5,000 overall champ is drawn.”

The first fixture of 2017 at Newbury is Betfred Day on Wednesday, January 18 with Betfair Super Saturday following on Saturday, February 11.