Ante-post favourites American and Total Recall feature among 60 exciting entries revealed today for the £250,000 Ladbrokes Trophy at Newbury on the second day of the Ladbrokes Winter Carnival, Saturday, December 2.

Run over three and a-quarter-miles, the G3 Ladbrokes Trophy is the richest handicap chase in Britain apart from the Randox Health Grand National and is backed for the first time this year by Ladbrokes, who have made a five-year initial commitment.

Lightly-raced chaser American (Harry Fry), the 8/1 joint-favourite with Ladbrokes, had an excellent campaign over fences last season, winning all three of his starts, each at three miles.

The French-bred seven-year-old captured a novices’ chase at Exeter in November before enjoying a comfortable victory from Champers On Ice (David Pipe, 33/1 with Ladbrokes) by four and a half lengths in the Listed Hampton Novices’ Chase at Warwick in January.

American signed off with an impressive eight-length success under top-weight in a handicap chase at Uttoxeter on March 18, after which the handicapper awarded him a rating of 157.

Trainer Harry Fry, who is based in Dorset, said: “We have been very happy with American and the Ladbrokes Trophy is very much his target.

“We are looking forward to December 2 as he looks to have the right sort of profile for the race.

“Second season chasers have a good record in the Ladbrokes Trophy and he was a very good novice who did nothing wrong last season.

“The left-handed, galloping track at Newbury should suit him well and hopefully he gets the soft ground that he enjoys.

“He will have to graft to be ready first time out for a race like this, so he will be going away for a racecourse gallop in the build-up. As things stand, American is right on target.”

American is very lightly-raced, having contested just six races, and he has been successful on four occasions, the other victory coming in a novice hurdle at Ascot in November, 2015.

Total Recall (8/1) is one of 17 Irish-trained entries, an increase of nine on last year, and made a perfect first start for Ireland’s champion Jump trainer Willie Mullins when bolting up in the valuable Ladbrokes Munster National at Limerick on October 8, in which Alpha Des Obeaux (Mouse Morris IRE, 20/1) finished second.

Mullins has also entered multiple G2 scorer Acapella Bourgeois (16/1) who, like Total Recall, joined the stable during the summer having previously been trained by the now-retired Sandra Hughes.

Mullins commented: “It is great that Ladbrokes have generously sponsored the two-day meeting in December at Newbury.

“There is good prize money on offer and we hope to be in the running for some of it.

“We have five horses entered in the Ladbrokes Trophy Handicap Chase, including the Ladbrokes Munster National winner Total Recall.”

Coneygree (14/1), the Cheltenham Gold Cup hero of 2015, could bid to emulate his half-brother Carruthers who won this race in 2011. Mark Bradstock, who trains not far from Newbury at Letcombe Bassett, has also entered Carruther’s full-brother Flintham (40/1), who was beaten a short-head by Bigbadjohn (Rebecca Curtis, 33/1) in Ascot’s G2 Reynoldstown Novices’ Chase in February.

Coneygree has only raced three times since his memorable Cheltenham success as a novice, but looked near his best when a close third behind Sizing John and Djakadam in the G1 Punchestown Gold Cup in April.

Popular grey Smad Place (Alan King, 20/1) took the spoils in 2015 and could bid to become only the fourth dual winner of the Ladbrokes Trophy after making a winning return in the G2 Old Roan Limited Handicap Chase over two and a half miles at Aintree on October 29. 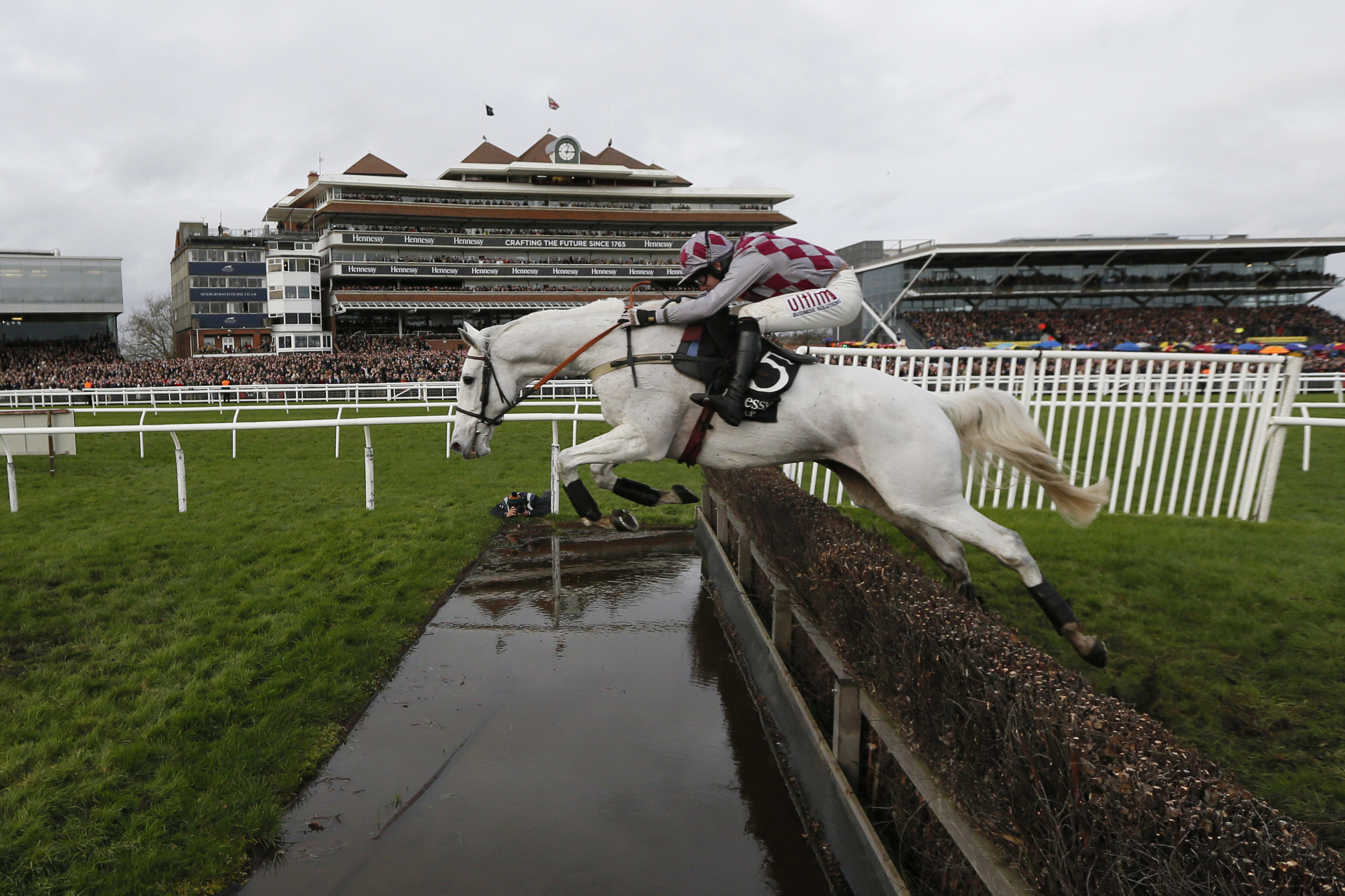 Weights for the Ladbrokes Trophy are unveiled on Tuesday, November 7.

Mike Dillon, Director of Public Relations at Ladbrokes, said: “Ladbrokes are delighted and proud that the launch of our sponsorship of this great race is being marked by such an impressive entry of outstanding chasers.

“We are particularly pleased that the field will include formidable contenders from Ireland as well as a cast of stars from British yards.

“There can be little doubt that the inaugural staging of the Ladbrokes Trophy will live up to the rich traditions of one of the flagship events of the Jump season.”

The inaugural Ladbrokes Winter Carnival featuring the Ladbrokes Trophy, formerly the Hennessy Gold Cup, takes place on Friday 1 and Saturday 2 December 2017. The new sponsorship from Ladbrokes brings with it a larger prize pot for this year’s contenders with the two days now worth a total of £700,000 in prize money. The Ladbrokes Trophy alone has prize money of £250,000, an increase of £50,000 on 2016.

Since the handicap chase was first run as the Hennessy Gold Cup in 1957, it has become one of the major highlights of the Jump season with so many memorable performances over the last 60 years from the likes of Mill House, Arkle, Denman, Many Clouds and last year’s impressive winner, Native River.

The Ladbrokes Winter Carnival gets underway at Newbury on Friday, December 1, when the highlight is the £50,000 G2 Ladbrokes Long Distance Hurdle over three miles.