Coneygree is the star name among 58 terrific entries for the £200,000 Grade Three Hennessy Gold Cup at Newbury on the second and final day of the bet365 Festival, Saturday, November 26.

Staged over three and a quarter miles, the Hennessy Gold Cup is the richest handicap chase run in Britain this season before the Grand National (April) and is supported for the 60th time by Hennessy, making it the longest commercial sponsorship in racing.

Coneygree (Mark Bradstock, 16/1 with bet365), winner of the G1 Cheltenham Gold Cup in 2015, was a leading contender for the Hennessy Gold Cup last year until being ruled out the week before with an injury.

The exciting nine-year-old won twice over fences at Newbury during his Gold Cup season, including a fine display in the G2 Betfair Denman Chase.

Ireland’s champion Jump trainer Willie Mullins is likely to be represented by improving chaser Avant Tout (10/1 favourite with bet365). Mullins was first past the post with Be My Royal in the 2002 Hennessy Gold Cup, only for the horse to be disqualified in controversial circumstances after testing positive for a banned substance.

Racing in the colours of the Supreme Horse Racing Club, Avant Tout won three of his five starts over fences last season

The six-year-old had brushed aside subsequent Galway Plate victor Lord Scoundrel in a three-mile G2 novices’ chase at Limerick on April 3 and then put up a fine weight carrying performance in a hotly-contested novices’ handicap chase at the Punchestown Festival later the same month.

Steve Massey, racing manager for the Supreme Horse Racing Club, revealed: “Avant Tout is in very good order and it is all systems go for Newbury.

“We think he will have a prep run at Naas on November 6 and then he will go straight there.

“There was not much for him in between Punchestown and Galway so we decided to give him a break and focus on Newbury, especially as we feel he is more of a three-mile plus horse. We don’t think the trip will be a problem – he just stays and stays.

“It is absolutely massive to have a leading contender for a race like the Hennessy. There are 12 people with shares in Avant Tout and they are all very excited.

“Avant Tout was quite pricey as we bought him from France after he won first time out, but we always thought he was going to make a chaser.

“He is only six and usually is a very good jumper. His form looks pretty good now as he beat Lord Scoundrel eight lengths (into fifth) at Punchestown, whilst giving him 7lb, and Lord Scoundrel went on to win the Galway Plate.

“We think Avant Tout is an exciting prospect and we will certainly know where we stand after Newbury.” 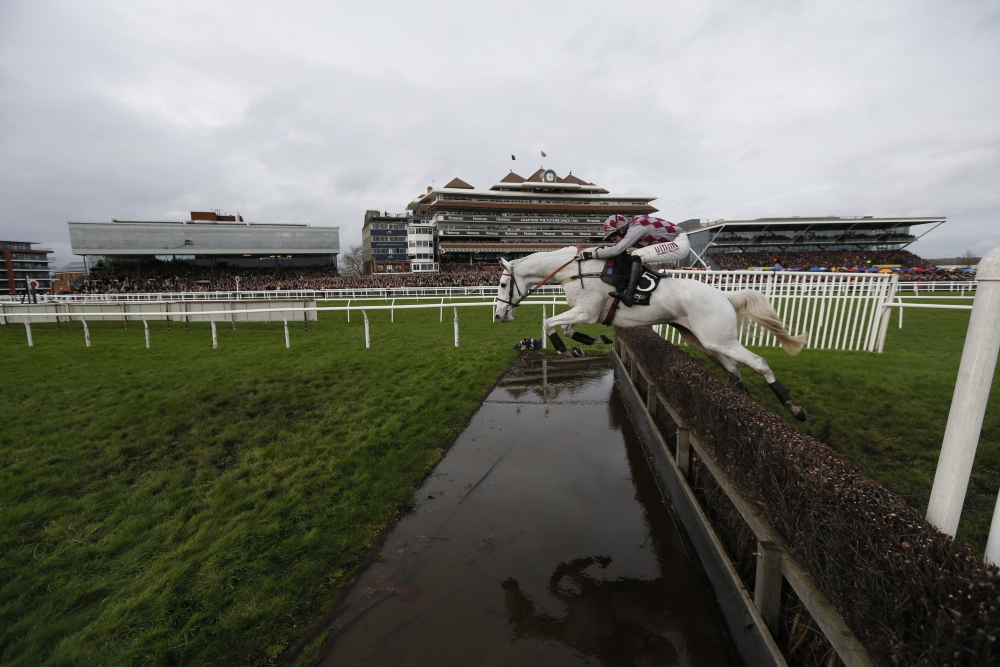 There are eight Irish-trained entries in total for the 2016 Hennessy Gold Cup, with the rest split between Gordon Elliott and Noel Meade. Elliott has second-season chasers Outlander (16/1) and Roi Des Francs (40/1) among a five-strong team, while Meade has put in Wounded Warrior (40/1) and Monksland (33/1).

Second-season chasers have a good record in the Hennessy Gold Cup and others who fall into that bracket include RSA Chase victor Blaklion (Nigel Twiston-Davies, 16/1) and Native River (Colin Tizzard, 11/1), who defeated Henri Parry Morgan (Peter Bowen, 16/1) in the G1 Mildmay Novices’ Chase at Aintree in April.

Champion British Jump trainer Paul Nicholls has eight entries to choose from as he bids for a fourth victory in the race. They include Silviniaco Conti (25/1), Scottish Grand National hero Vicente (25/1), last year’s beaten favourite Saphir Du Rheu (25/1) and Virak (25/1).

Pat Cooney, Racing PRO for bet365, commented: “It looks a typically wide open Hennessy Gold Cup, but we’ve opted to make Avant Tout our 10/1 favourite. He impressed when winning at Punchestown in April, and his trainer Willie Mullins suggested the Hennessy may be his target after the race.

“He also fits the popular theory of second-season chasers being the right type for this race. However, the 2016 Hennessy looks a wide-open race and is always a high-profile betting event in the calendar.”

Weights for the Hennessy Gold Cup will be revealed on Wednesday, November 9.