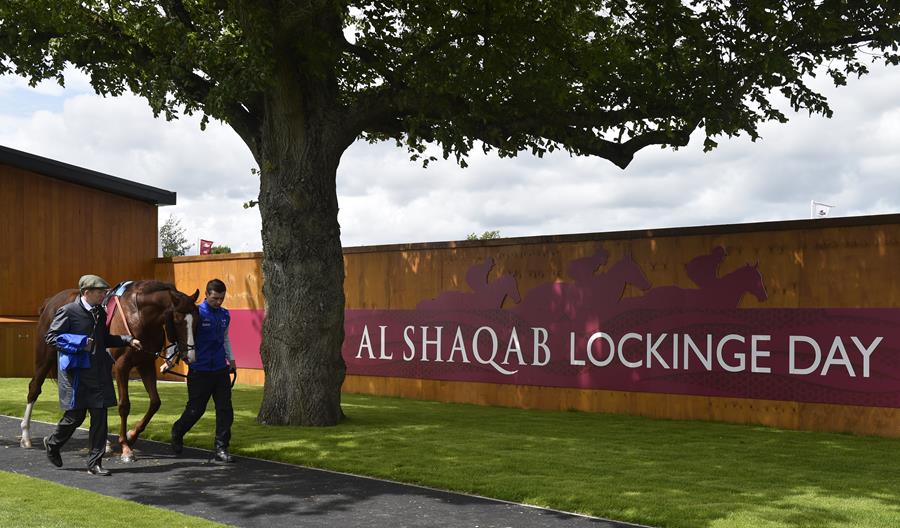 Newbury Racecourse is delighted to announce that Al Shaqab has extended its sponsorship of the Group 1 Lockinge Stakes held in mid-May each year after agreeing a new five-year deal.

Under the new arrangement the Qatar-based Al Shaqab will support three races on the card, headed by the Group 1 Al Shaqab Lockinge Stakes, the first Group 1 race for older horses staged in the British Flat calendar, the Group 3 Al Rayyan Stakes, won for the past two years by the world’s top rated horse Crystal Ocean, and the Listed Haras de Bouquetot Fillies’ Trial.

The first edition of the Al Shaqab Lockinge Stakes, one of the Flat season’s leading mile races, was run in 2015 for an increased prize fund of £350,000 which will be retained at the same value as will the prize funds for the two other Al Shaqab-sponsored races.

Khalifa Al Attiya, General Manager for Al Shaqab commented on the renewal of the sponsorship, saying: “The agreement to renew Al Shaqab’s sponsorship of the Group 1 Lockinge for a further five years demonstrates our commitment to British Horseracing and its well-deserved standing worldwide.

“With 50 horses in training in Britain alone and an extensive breeding and racing operation in France, this is an important partnership for us and one which has helped foster our relations and cooperation with horse organisations in the UK and the rest of the world.”

Julian Thick, Chief Executive of Newbury Racecourse, said: “We have enjoyed a great partnership with Al Shaqab since they came on board to sponsor the prestigious Group 1 back in 2015 and I am delighted they have extended the relationship for a further five years.

“The Al Shaqab Lockinge Stakes is a hugely important race in the European calendar, and we are delighted that, with the backing of Al Shaqab, we are now in a fortunate position to look at attracting new partners to support and grow this event further. We are hugely excited about the possibilities for this fixture in 2020 and beyond.”