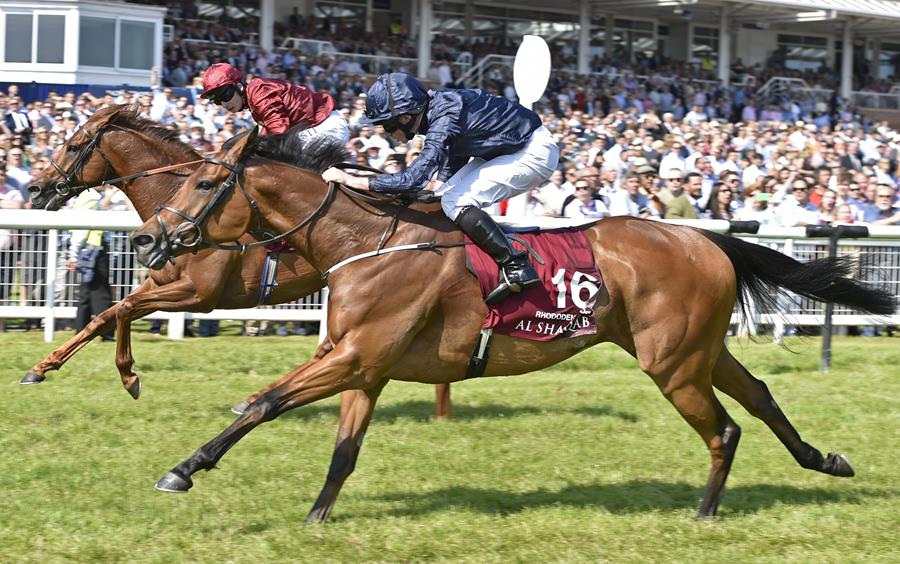 Aidan O’Brien has identified I Can Fly and Le Brivido as his most most likely candidates for the Group 1 Al Shaqab Lockinge Stakes at Newbury on Saturday 18 May, for which 30 horses remain on course after the latest scratching stage.

Two-time race winner O’Brien left all four of his original entries, Amedeo Modigliani, Le Brivido, I Can Fly and Magical in the £350,000 contest, the feature event of Newbury’s richest Flat raceday.

Also still engaged in the 1 mile race, the first older horse Group 1 contest of the British Flat season, are Laurens, a four-time Group 1 winner in 2018, and Beat The Bank, who won the Group 2 Bet365 Mile at Sandown on Friday.

The O’Brien stable captured the Al Shaqab Lockinge Stakes 12 months ago when Rhododendron became the first filly or mare for 11 years to lift the prize. She was O’Brien’s second winner of the race – his other winner was Hawk Wing who also made a statement when he triumphed by 11 lengths in 2003.

Two of O’Brien’s quartet are fillies, among a total of seven females in the race. Group 1 winner Magical has been running over longer trips lately while I Can Fly rounded off her season in Europe last year by going down by a neck to Roaring Lion in the Queen Elizabeth II Stakes. She beat only two finishers when 11th behind Japan superstar Almond Eye in Dubai in March.

Le Brivido, the 2017 Jersey Stakes winner who joined O’Brien from Andre Fabre at the start of the season, finished third in the Gladness Stakes at Naas on his first run for a year.

O’Brien said: “We left all four of our entries in the race. Obviously I Can Fly is being strongly considered at the moment with Le Brivido, who is going there. With Magicalwe will wait a little bit closer to the time with her.

“I Can Fly’s run in Dubai was just one of those things. Maybe she just didn’t take the journey that well but she seems to be in good form since.

“We were delighted with Le Brivido’s latest run. We are just getting a feel of him and getting to know a little bit about him and we wanted to make sure that he relaxed nicely in Naas, and he did. We’ve been very happy with him since his run.”

Group 1 winners Accidental Agent, Romanised, Suedois, Without Parole, Billesdon Brook and One Master also remain of the original entry of 34, from which only four horses were scratched – Elarqam, Mankib, Verbal Dexterity and Zihba.

The next confirmation stage is on Monday 13 May, five days before the Al Shaqab Lockinge Stakes, part of the Qipco Champions Series, when supplementary entries can also be made for a fee of £25,000.