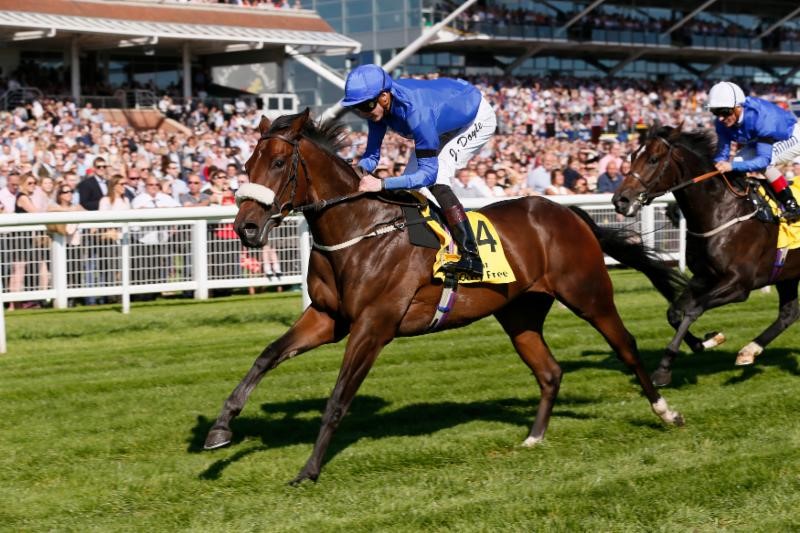 Godolphin’s Ribchester (Richard Fahey) has race fitness on his side, having finished third in the G1 Dubai Turf over nine furlongs at Meydan in March. He gained the biggest victory of his career in the mile G1 Prix Jacques Le Marois at Deauville in August, with Galileo Gold a well-beaten eighth, before taking second behind Minding in the G1 Queen Elizabeth II Stakes over a mile at Ascot in October.

Lightning Spear (David Simcock) was third behind Minding at Ascot following a deserved success in the G2 Celebration Mile at Goodwood in August.

Galileo Gold was the leading three-year-old miler in the first half of last season. He provided trainer Hugo

Ireland’s champion Flat trainer Aidan O’Brien could be doubly represented by progressive filly Somehow and G2 Joel Stakes victor Cougar Mountain. Somehow looked as good as ever in the G2 Dahlia Stakes at Newmarket on May 7.

Rupert Pritchard-Gordon, racing manager for owner Robert Ng, said today: “We have left Dicton in the Lockinge because we are looking for a bit of cut in the ground. He also has the option of the Prix d’Ispahan over nine furlongs the following week.

“The horse has come back from Hong Kong in great order. We wanted to leave him in at Newbury because he ran very well over the straight mile at Deauville last year and a reproduction of that would put him in the mix.

“We will see how the ground and weather are looking later in the week before making a decision.”

Al Shaqab Lockinge Day gets off to a cracking start with the £100,000 G3 Al Rayyan Stakes (1.50pm, 17 entries) over a mile and a half. Starring among the entries are My Dream Boat (Clive Cox), who captured the G1 Prince of Wales’s Stakes at Royal Ascot in 2016, and Godolphin’s Hawkbill (Charlie Appleby), successful in last season’s G1 Eclipse Stakes at Sandown Park.

A trio of £70,000 contests includes the Listed Haras De Bouquetot Fillies’ Trial Stakes (4.40pm, 13 entries) over 10 furlongs for three-year-old fillies, which could provide some clues for the the British Classic, the Investec Oaks, at Epsom Downs on June 2.

Among the 13 possible starters are Prosper (Roger Varian) and Icespire (John Gosden), who were separated by a short-head when first and second respectively in a mile conditions race at Ascot on May 3. Al Shaqab Racing could be represented by Aljezeera (Luca Cumani), a daughter of Frankel who was a comfortable scorer on her only start at Doncaster last season.

The 10-furlong £70,000 Al Zubarah London Gold Cup Handicap (2.55pm, 25 entries) is always an ultra-competitive affair, while the 25 entries for the £70,000 Listed Shalaa Carnarvon Stakes (2.20pm), staged over six furlongs for three-year-olds, include Godolphin’s Brian The Snail (Richard Fahey), an impressive winner of all his starts to date.

The two-year-olds face one of the first big tests of the season in the £50,000 Olympic Glory Conditions Race (4.05pm, 18 entries) over six furlongs. Entries for this contest include several unbeaten juveniles including Gold Town (Charlie Appleby), who was successful in the first two-year-old race of the year at Newbury on April 21.

A high-quality seven-race card is run on the day held in support of the charity Starlight, which does remarkable work granting the wishes of terminally ill children.